There are many initiatives to get people to know basics of programming. The current thinking seems to be that anybody can learn to code if concepts are introduced in the right way. Code.org‘s mission is to get coding into curriculums for students. It is known for example on projects like Computer Science Education Week and Hour of Code.

To advance this, the Code.org has launched Code Studio, A Toolset And Curriculum For Teaching Kids Programming.The plan is to get students in kindergarten through high school interested in the underlying concepts behind coding through guided lesson plans. Rather than having kids pick up a language like Python or Java, Code Studio teaches the underlying concepts in programming through the manipulation of blocks of logic. When you stack those blocks together in a particular order, you can move a character around a scene (for example Angry Birds characters) or draw a shape. Code Studio documentation tells that even top universities teach block-based coding (e.g., Berkeley, Harvard). Code Studio can also show your program as JavaScript code.

I can immediately see some similarities in Code Studio to MIT’s Scratch and Google Blockly. The Code Studio runs in your browser using HTML5 technology (=can run in most browsers, no installation needed). Besides providing the tutorial to K-5 .. K-12 students (or anyone who want to try), it provides an interface for teachers to monitor where their students are in the lesson progression. The Code Studio is available in several languages besides English (for example in Finnish).

Here is one screen capture of one tutorial: 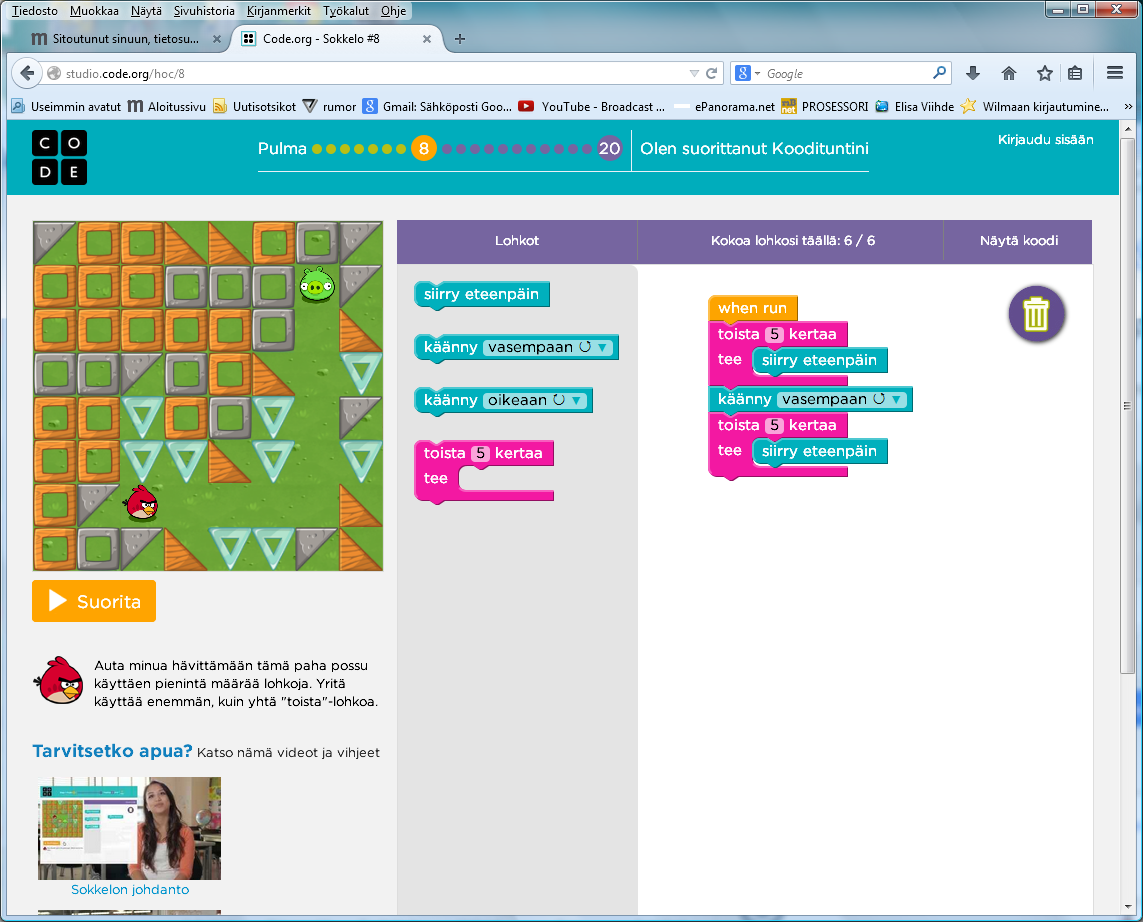