After the destruction inflicted across the Caribbean by hurricanes Harvey, Irma, and Maria, renewable energy advocates are calling for a rethink of the region’s devastated power systems. Renewables advocates argue that the island grids should leapfrog into the future by interconnecting hundreds or thousands of self-sufficient solar microgrids.

Some power system experts, however, say the solar-plus-batteries vision may be oversold.

What is clear is that several firms are trying to move fast while they talk, equipping rooftop solar systems with battery storage that enables consumers to operate independently of stricken grids. Such solar microgrids will deliver power to solar system owners far faster than grid restoration.

Giving up big transmission lines sounds optimistic to Rockwell at the Kauaʻi Island Utility Cooperative (KIUC), because batteries are still a rather costly way to balance variable renewable generation.

“You can build community-type microgrids that have some combination of natural gas generation, solar and storage,” says Enchanted Rock CEO Thomas McAndrew. 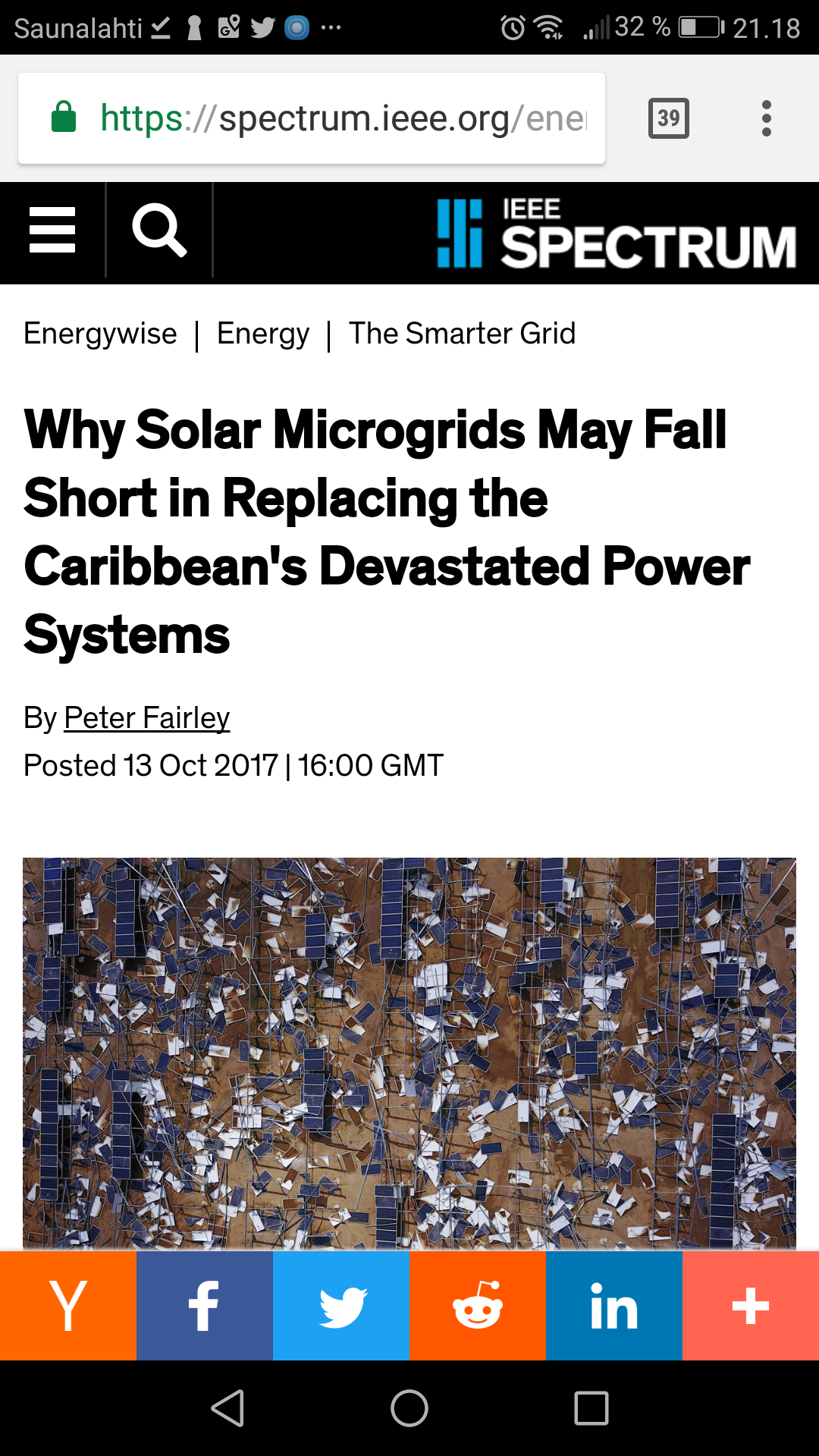