Brotli is a new open source compression algorithm designed to enable an Internet that’s faster for users. While the Brotli algorithm was announced by Google in September 2015, only recently have the majority of web browsers adopted it and HTTP servers started to offer Brotli compression.

Brotli accomplishes better than gzip compression by making use of a dictionary that includes the most common words and syllables of several computer and human languages. 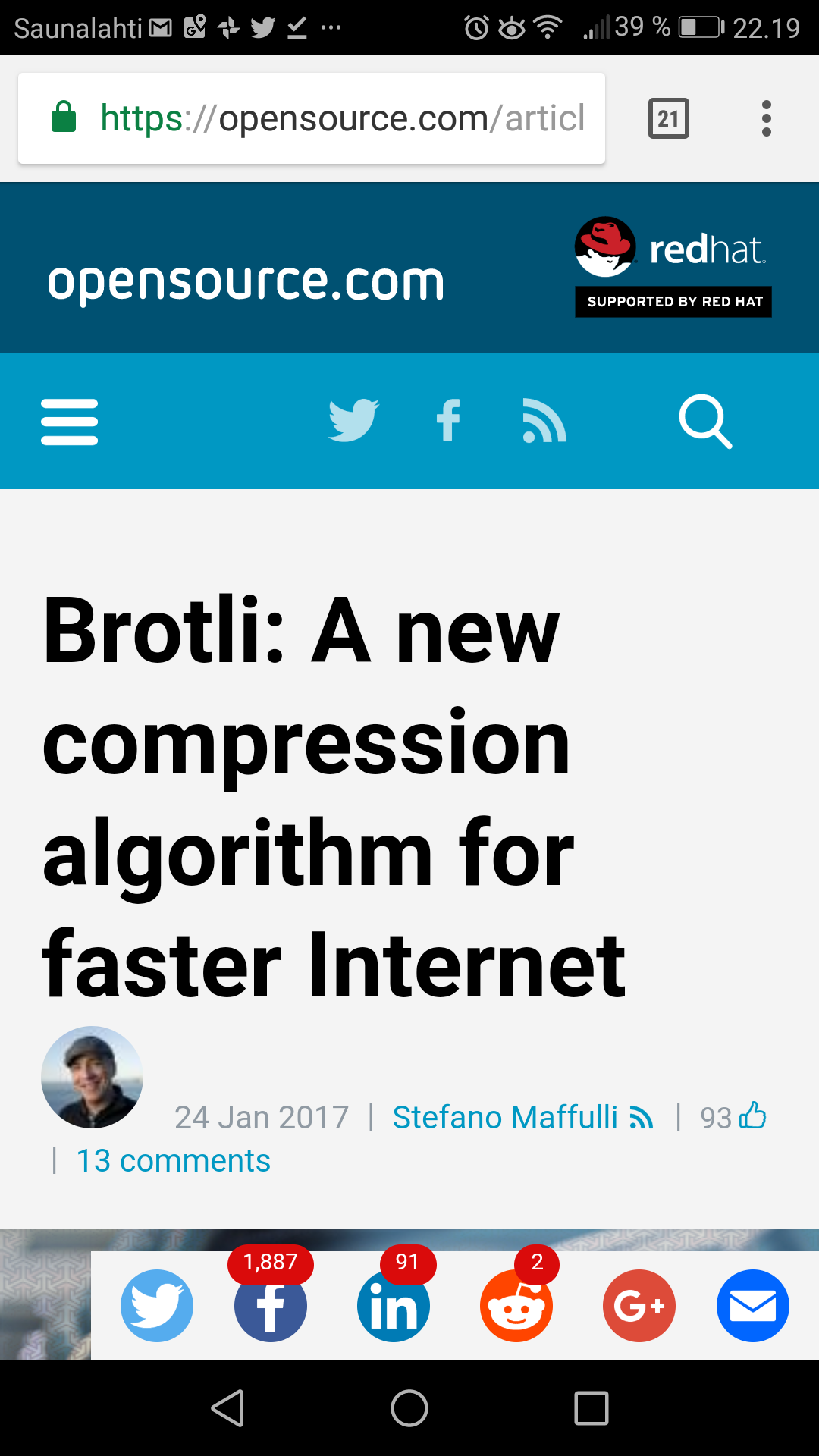