Data centers (DCs) are a major consumer of energy consumed by computers. A large part of that energy is used for cooling down the exhaust heat of the servers contained in the DCs. Ph.D. dissertation titled Data Center Energy Retrofits describes both the aggregate numbers of DCs and key agship installations in detail. It will introduce the concept of Data Center Energy Retrots, a set of low cost, easy to install techniques that may be used by the majority of DCs for reducing their energy consumption. The main contributions are a feasibility study of direct free air cooling, two techniques that explore air stream containment, a wired sensor network for temperature measurements, and a prototype greenhouse that harvests and reuses the exhaust heat of the servers for growing edible plants (including chili peppers). It shows the energy savings attainable by implementing the proposed techniques, and show that global savings are possible even when very conservative installation numbers and payback times are modelled.

The electricity used by servers becomes heat. As the world is increasingly used in computers and internet services , server halls and in particular their cooling energy efficiency is becoming increasingly important. Server halls giant flagships companies have are actually more energy efficient than small computer rooms included in many facilities.The majority of server rooms is very small and considerably poorer than the energy efficiency of these giants. According Pervilä study, large data centers such as Google in Hamina, Yahoo in Lockport and Facebook in Prineville resemble each other: they try to minimize the extra energy consumption , using the surrounding natural heat sources such as bodies of water. 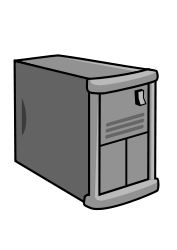