Sound like about right as general rule of thumb for LED products now. But keep in mind that the efficiency of LED bulbs vary considerably depending on how light bulb is built and what components are used in it (and products will continue to change over years). One example is that a 7W LED bulb (at 560 lumens) can serve as a replacement for a typical 500-lumen 40W incandescent bulb.

I have earlier written about LED car bulbs. A 55w halogen should typically be putting out 500 to over 1000 lumens. A good 3.4w led would be about 250 or less. So something like 3-4 of such LEDs would be needed to the same output as 55w halogen gives out.

The Great Internet Light Bulb Book says about light bulb lumens:
In a 120 volt, 100 watt “standard” bulb with a rated light output of 1750 lumens, the efficiency is 17.5 lumens per watt. This compares poorly to an “ideal” of 242.5 lumens per watt for one idealized type of white light, or 683 lumens per watt ideally for the yellowish-green wavelength of light that the human eye is most sensitive to.

Most household incandescent bulbs have efficiencies from 8 to 21 lumens per watt. The reason for this poor efficiency is the fact that tungsten filaments radiate mostly infrared radiation at any temperature that they can withstand. Higher efficiencies near 35 lumens per watt are only achieved with photographic and projection lamps with very high filament temperatures and short lifetimes of a few hours to around 40 hours. 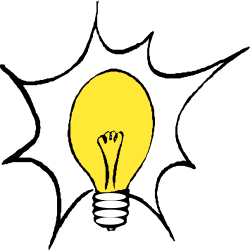