I am a big fan of LEGO as you can see on many LEGO related posts in this blog. Imagination-fostering Lego is 80 years old this month. Lego was founded by 1932, Ole Kirk Kristiansen, a Danish joiner and carpenter. The company started by making and selling wooden toys. In 1934, his company came to be called “Lego”. In 1949 Lego began producing the now famous interlocking bricks, calling them “Automatic Binding Bricks”. By 1951 plastic toys accounted for half of the Lego Company’s output. In 1958, the modern brick design was developed but it took another five years to find the right material for it, ABS polymer. LEGO eventually ended up making some of the most recognizable and long-lasting toys in the world: bricks and minifigures. 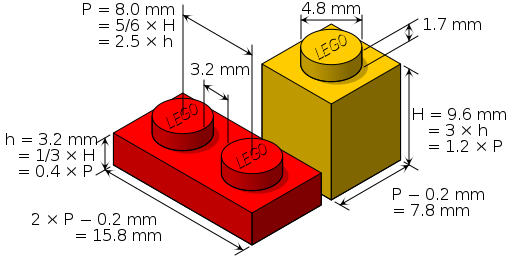 As The LEGO Group celebrates its 80th Birthday, The LEGO® Story short animated film take a look back at LEGO history. The whole story, from setbacks that included two fires, a world war and plain old hard times, is told in this charming video animation released by LEGO for the anniversary. If you believe the cartoon, the Kristiansen family kept reinventing Lego until they came up with the iconic bricks that are still around today.

It’s Lego’s 80th birthday party, but only the boys are invited article tells that LEGO is 80 years old this month and far from its roots as a creativity-inspiring construction toy for girls and boys. LEGO has had a huge success over the years, but it has had it’s struggles. The biggest issue LEGO had was in early 2000 where they were actually losing money, coming out of 30 years of constant growth and constant profit growth. The problem was that LEGO had lost interest in boys in their core group.

Lego today says that it spends a lot of time finding out exactly what it is that children want so it can give it to them. According to that research, girls aren’t into Lego. Lego was for boys, not girls, because although both sexes loved the larger preschool bricks of Duplo once the girls hit five, they weren’t interested in construction anymore. According to research girls don’t like the Lego sets that are available for over-five, so LEGO recently introduced Lego Friends. Long live LEGO.