After quietly infecting a million devices, Reaper botnet set to be worse than Mirai | ZDNet

A little over a month ago, a sizable botnet of infected Internet of Things devices began appearing on the radar of security researchers. Now it’s on track to become one of the largest botnets recorded in recent years. The botnet, dubbed “Reaper” by researchers at Netlab 360, is said to have ensnared almost two million internet-connected webcams, security cameras, and digital video recorders (DVRs) in the past month. 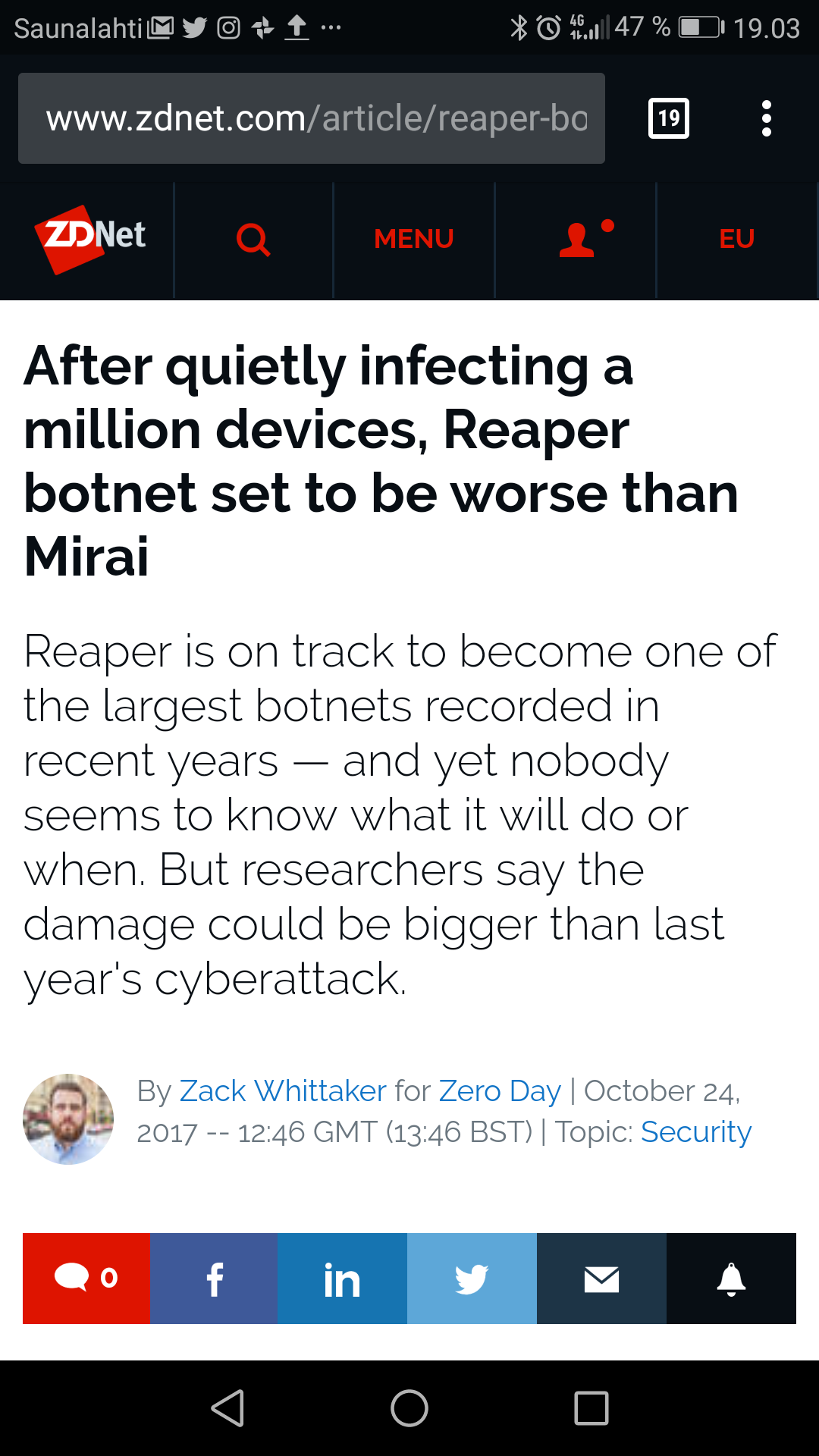