https://www.weforum.org/agenda/2018/03/makerspaces-smart-sustainable-cities-thomas-ermacora/
The suite of new technologies now coming online – from low-cost complex sensors to big data and machine learning – have the ability to map the inflows and outflows of goods and services, allowing cities to precision-track patterns of consumption and waste production.
As we speak, maker communities around the world are helping to create blueprints for a new generation of nimble public services at a lower cost.

When the maker movement burst on to the scene in the early 2000s, it was widely seen as a DIY phenomenon.

Over the past decade, though, the movement has morphed into a global ecosystem for prototyping software-hardware integration. It is rapidly becoming the place where next-generation technologists – who can both code and build sophisticated electronics – are honing their skills. 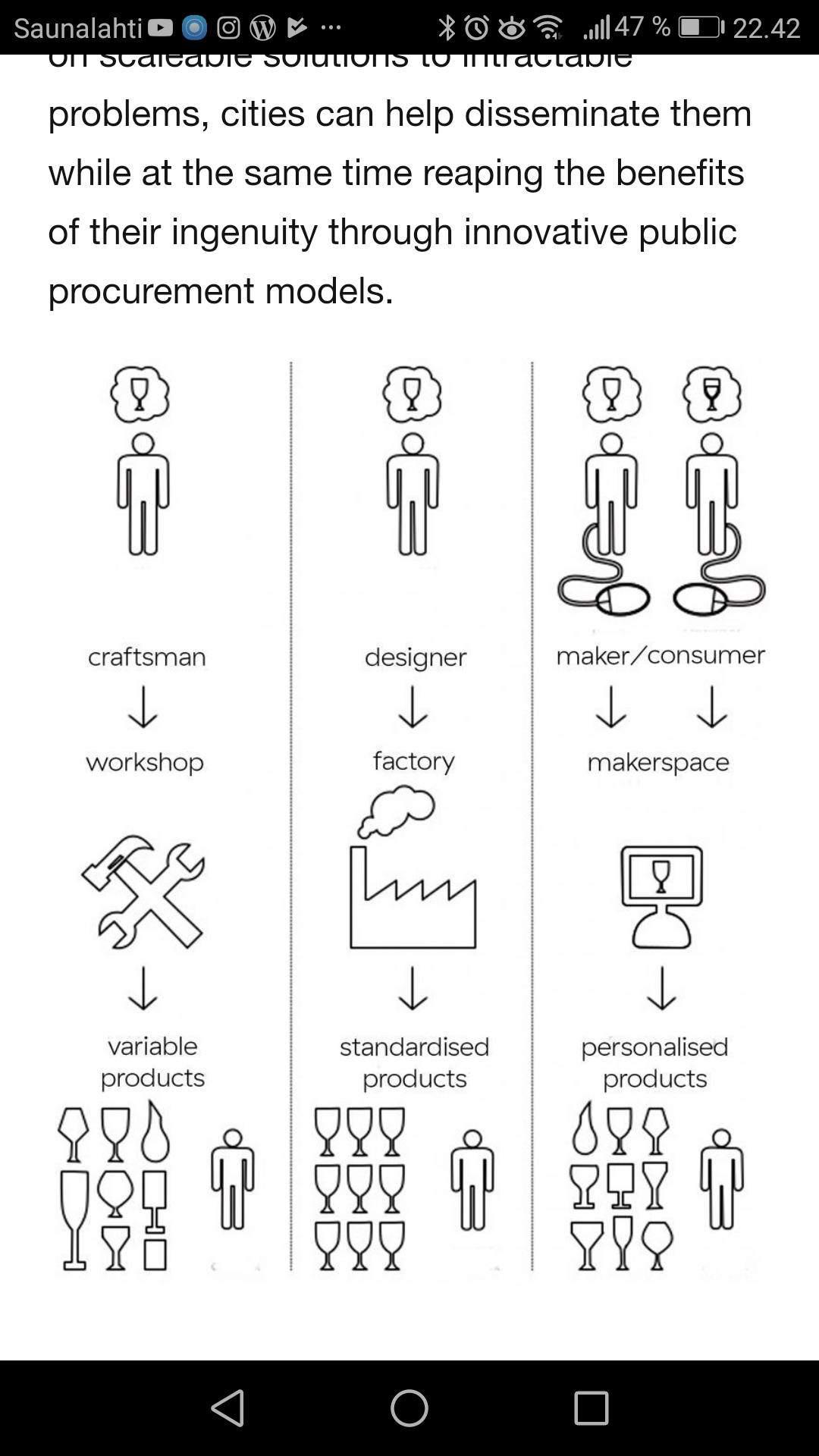