Linux is under your hood | ZDNet

https://www.zdnet.com/article/linux-is-under-your-hood/
Way back in 2004, Jonathan Schwartz, then Sun’s chief operating officer, suggested that cars could become software platformsthe same way feature phones were. He was right. But, it’s Linux, not Java.
There are other contenders for car operating systems, such as Blackberry’s QNX and Microsoft IoT Connected Vehicles, but both have lost ground to Linux. Much of work is done via the Automotive Grade Linux (AGL), but isn’t the only group working to integrate Linux and cars.
“Ubuntu is in the Tesla and we support support auto manufacturers” 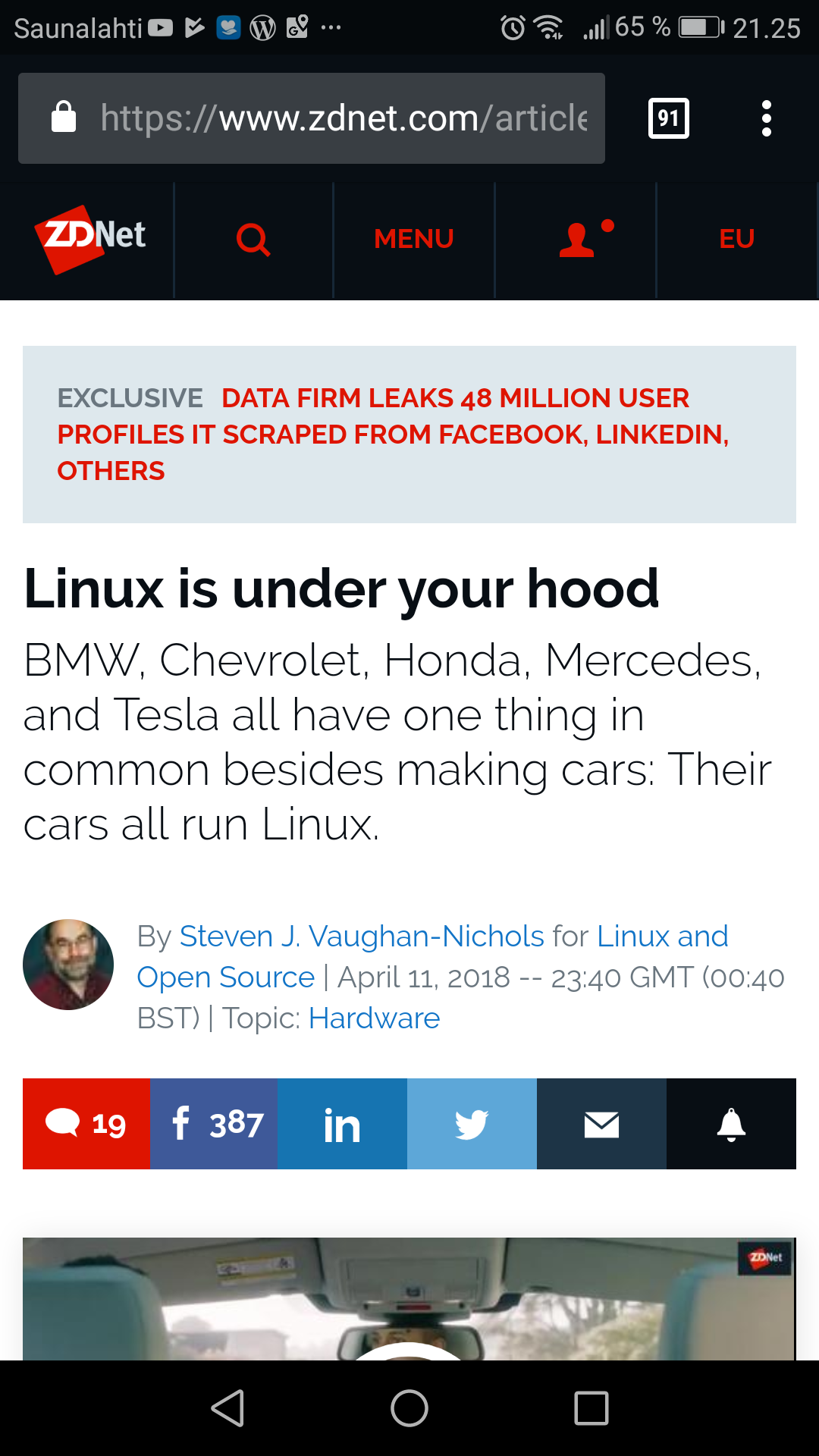