Ban on incandescent lamps is coming to Finland and other EU countries. Decision makers think that consumers and the environment alike would benefit from replacing the familiar incandescent lamps with energy-saving compact fluorescent light bulbs or LEDs.

At present, some 80% of the electricity used for lighting by Finnish households is consumed by incandescent bulbs, the standard filament lamps. Replacing them with energy-saving lamps is expected to save around 900 gigawatthours of electricity, which equals the annual electricity consumption of 50,000 households. Article Ban on incandescent lamps discussed by Finnish Parliament discusses on banning old light bulbs in Finland and in EU. Should There be a Ban on Incandescent Lamps? gives a view to what is happening in Australia.

Using more efficient lighting would reduce the carbon dioxide emissions, but not for the full amount of the saved electricity. During winter time (and spring and autumn) most of the electricity wasted as heat in light bulb heats up the space it is operated. When you replace the lamp with energy saving lamp, you need to turn up to heating to keep the temperature same.

LEDs are advertised to be super efficient light sources. They are much better than normal light bulbs, but they are far form ideal. Today’s high power white light LEDs are only about 18% efficient. This means 82% of the energy put into an LED dissipates as heat. LED inefficiencies EDN blog posting will list out where this 82% of energy is lost. There’s a lot of room for improvement in each of these areas of loss – especially the white light conversion process.

Acording to LED lighting: panel debates quality versus cost posting LEDs won’t make a replacement for screw-in light bulbs any time soon. A typical 5mm LED produces about 6 lumens. So a big commercial fixture built out of them would require thousands of LEDs to be as bright as the original bulb. This will create all kinds of challenges to the designer. And in the end the result is that the created bulb will consumie about the same power as a florescent fixture of the same output. The typical 5mm LEDs are not very good for lighting applications anyways. When you drive or overdrive that small LED in hot environment, it will degrade the epoxy encapsulant. The epoxy turns yellow, and then it starts to crack. Once you get a crack, the LED will fail. So this is not a good use of these LEDs.The products built carelessly in this way will not live up to the promises of the LED technology and the advertisements of those products.

The big advantage for LEDs in lighting applications will not be replacing the existing light bulbs or fluorescent lamps. Best LED lighting results are obtained when the lighting instrument that used for the purpose is specifically designed for LEDs in mind. Then you can achieve output efficiency, directability of the beam, and reliability that you can’t get any other way. 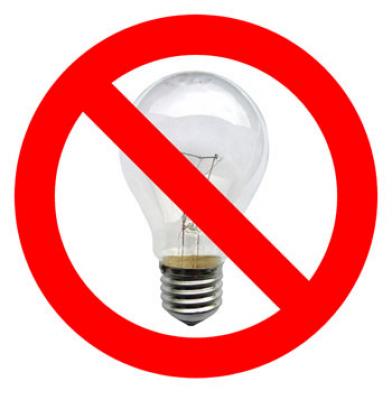