Mozilla announced a new WebGL demo: Crypt Demo. This Crypt Demo is a great example for how far browsers have come and for the cross-platform experiences developers can now create without having to rely on plugins. The demo is written by ACTISKU‘s Anthony Liot. The demo should run in most modern browsers that support WebGL on systems that have new enough graphics card (it does not work on Internet Explorer because it doesn’t currently support WebGL). I tested the demo on Firefox where it worked well. Take a look around this candle-lit Crypt developed Unigine. 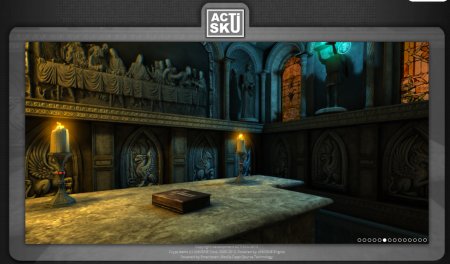