Finland Is Turning a Big Negative Into a Bigger Positive

Huffington Post just published article on Finland: Finland Is Turning a Big Negative Into a Bigger Positive. It says that anyone that has been watching Finland over the last few years knows that what started as one big disaster is turning into many opportunities that promise a bright future for this Nordic country. At its peak in 2007, Nokia had a market capitalization of $250 billion, and now market value between 2 and 3% of its 2007 value. Nokia’s decline and subsequent sale of its handset business to Microsoft has had a more serious negative impact on Finland’s economy than many originally thought.

While too many equate Nokia with mobile phones (the part of the company acquired by Microsoft), there is another very successful business-to-business part of the organization that continues to thrive – Nokia Networks. In fact, it recently acquired Alcatel-Lucent for $16.6 billion – making the combined company, which is called Nokia Corporation, the second largest mobile equipment manufacturer in the world behind Swedish giant Ericsson. 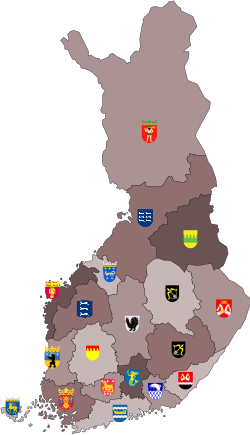 Nature has a way of taking disasters and turning them into successes. There has been any success stories, but they have not been enough to counteract the negative impact Nokia’s decline has had on the Finnish economy and its world-wide footprint. We have a thriving and growing tech ecosystem: Highly skilled and trained former Nokia employees are starting companies, conferences, venture organizations, and all the bits and pieces needed to create a thriving entrepreneurial tech sector in Finland. The real world is far from perfect: For Finnish-grown tech start-ups, the missing piece is marketing. Who needs perfection? Most people and companies need products, infrastructures, and societies that work. In Finland those things work really well.