Rasberry Pi has given a ‘Turbo Mode’ by The Raspberry Pi Foundation, thus enabling overclocking. Raspberry Pi Clocks 1GHz with Official ‘Turbo Mode’ Patch article tells that the new ‘turbo mode’ will bump up the processor’s frequency to as high as 1GHz as long as the temperature stays below 85°C. The patch would dynamically up the voltage and frequency of the core till the thermals hold. According to the Foundation, users have the option of choosing one of five peak frequencies; the highest being 1GHz.

What does this mean? Comparing the new image with 1GHz turbo enabled, against the previous image at 700MHz, nbench reports 52% faster on integer, 64% faster on floating point and 55% faster on memory.

For more details read Introducing turbo mode: up to 50% more performance for free article. Rasberry Pi has supported overclocking and overvolting your Raspberry Pi by editing config.txt. Overvolting provided more overclocking headroom, but voided your warranty. Now the board developers are able to offer a “turbo mode”, which dynamically enables overclock and overvolt under the control of a cpufreq driver, without affecting your warranty. 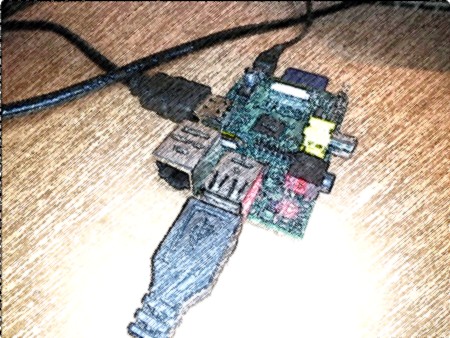