Here are some “teardowns” and tech pictures from Legoland. 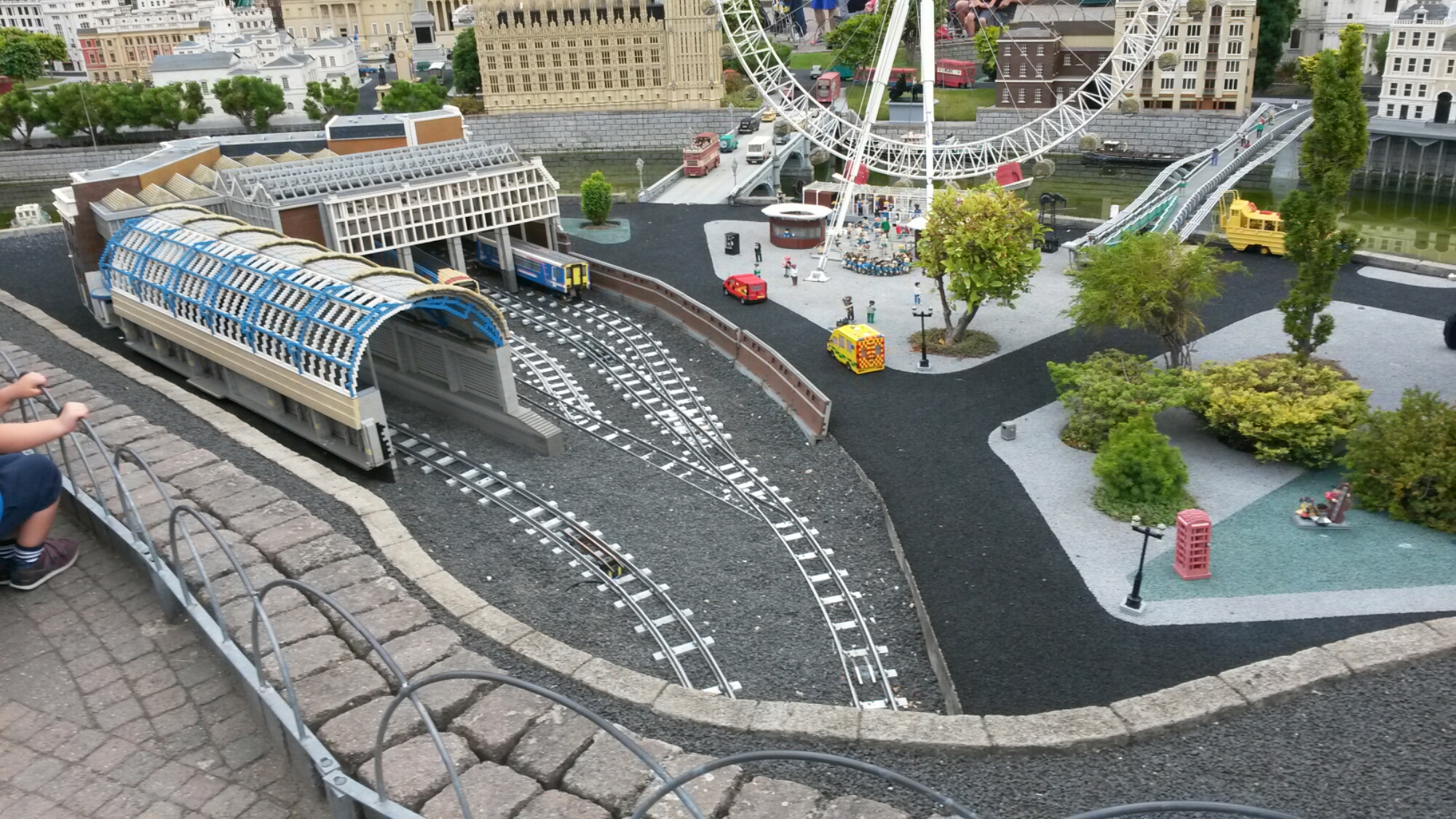 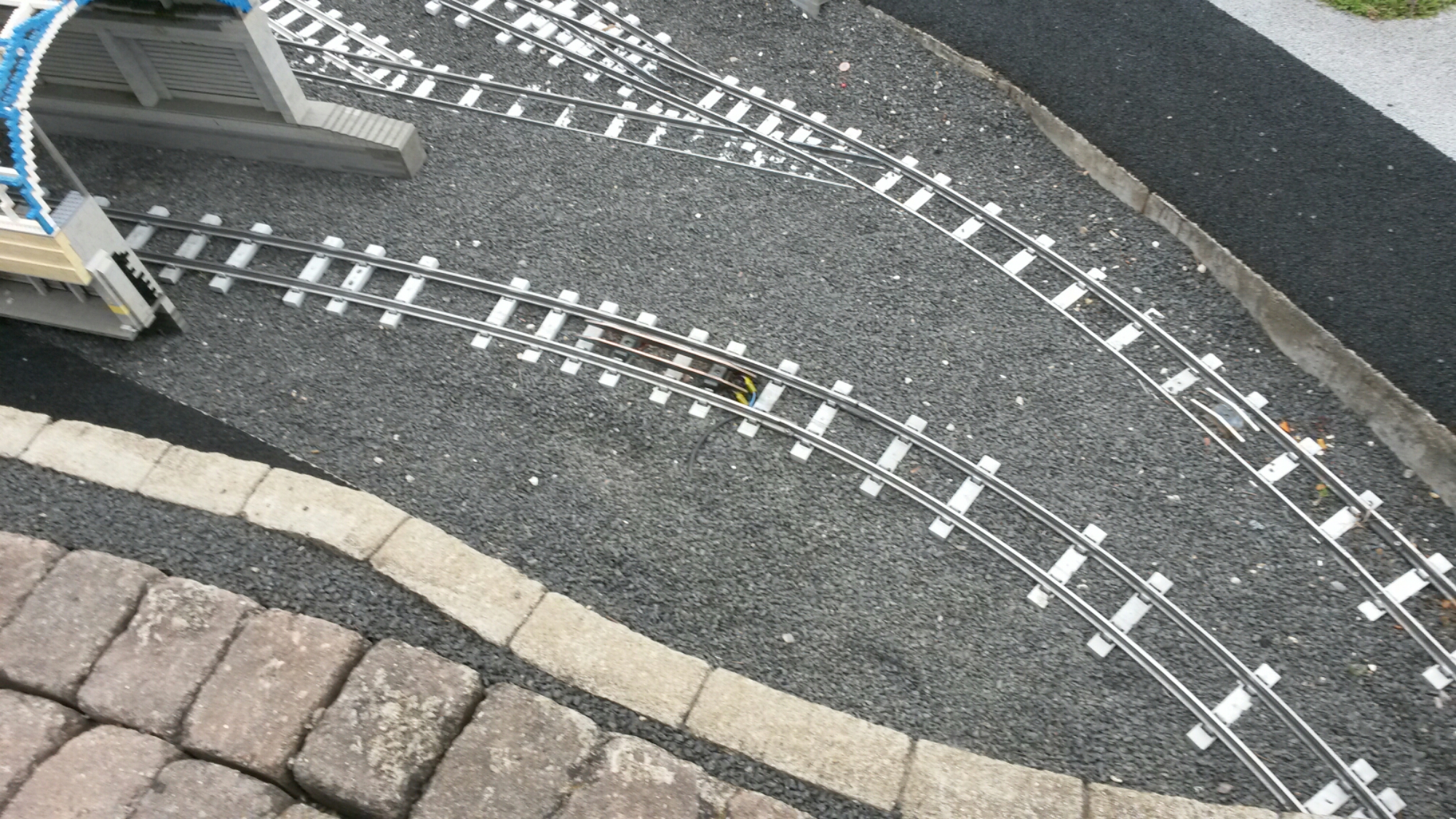 Trains seem to be battery powered, charged on station. 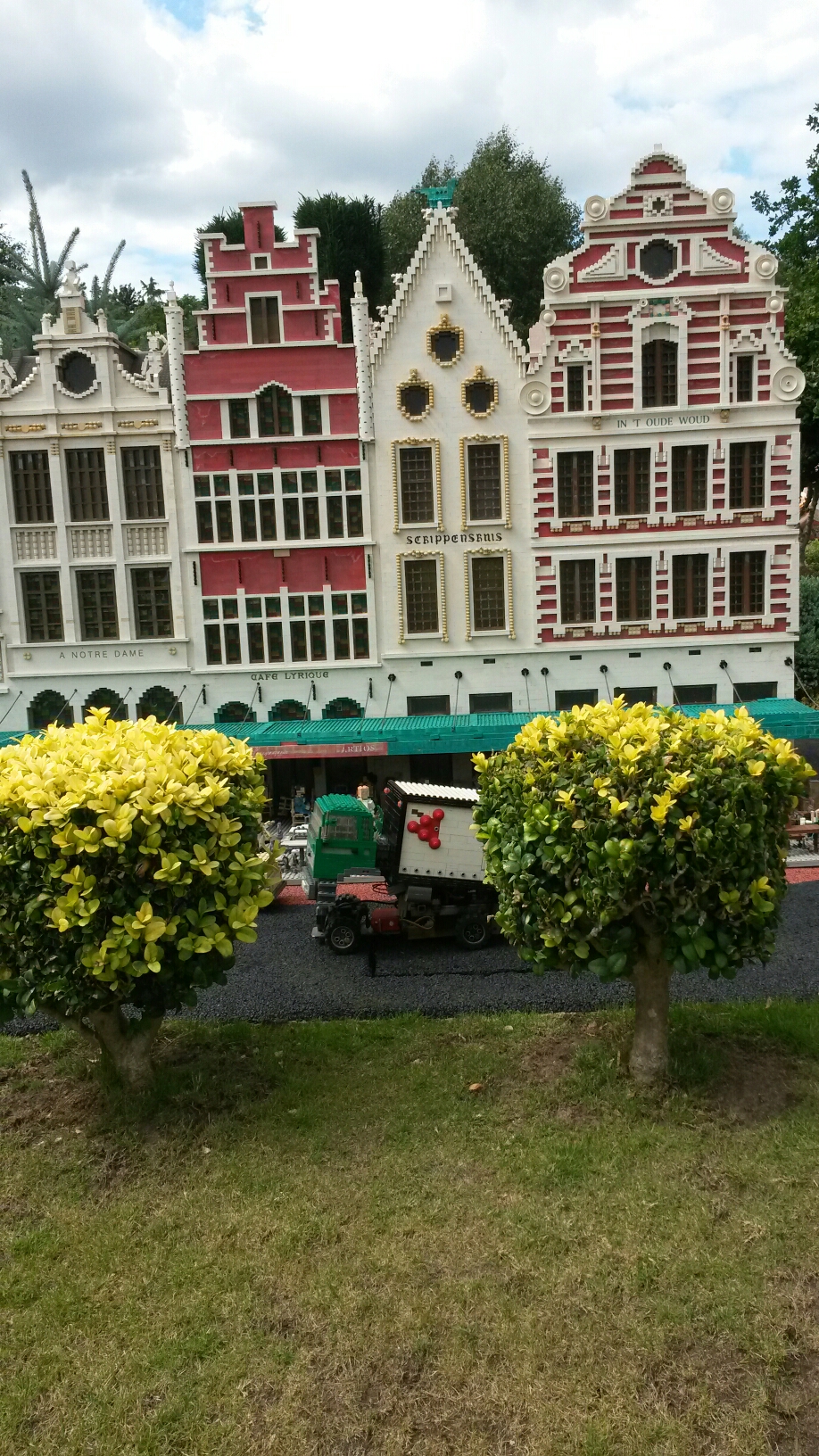 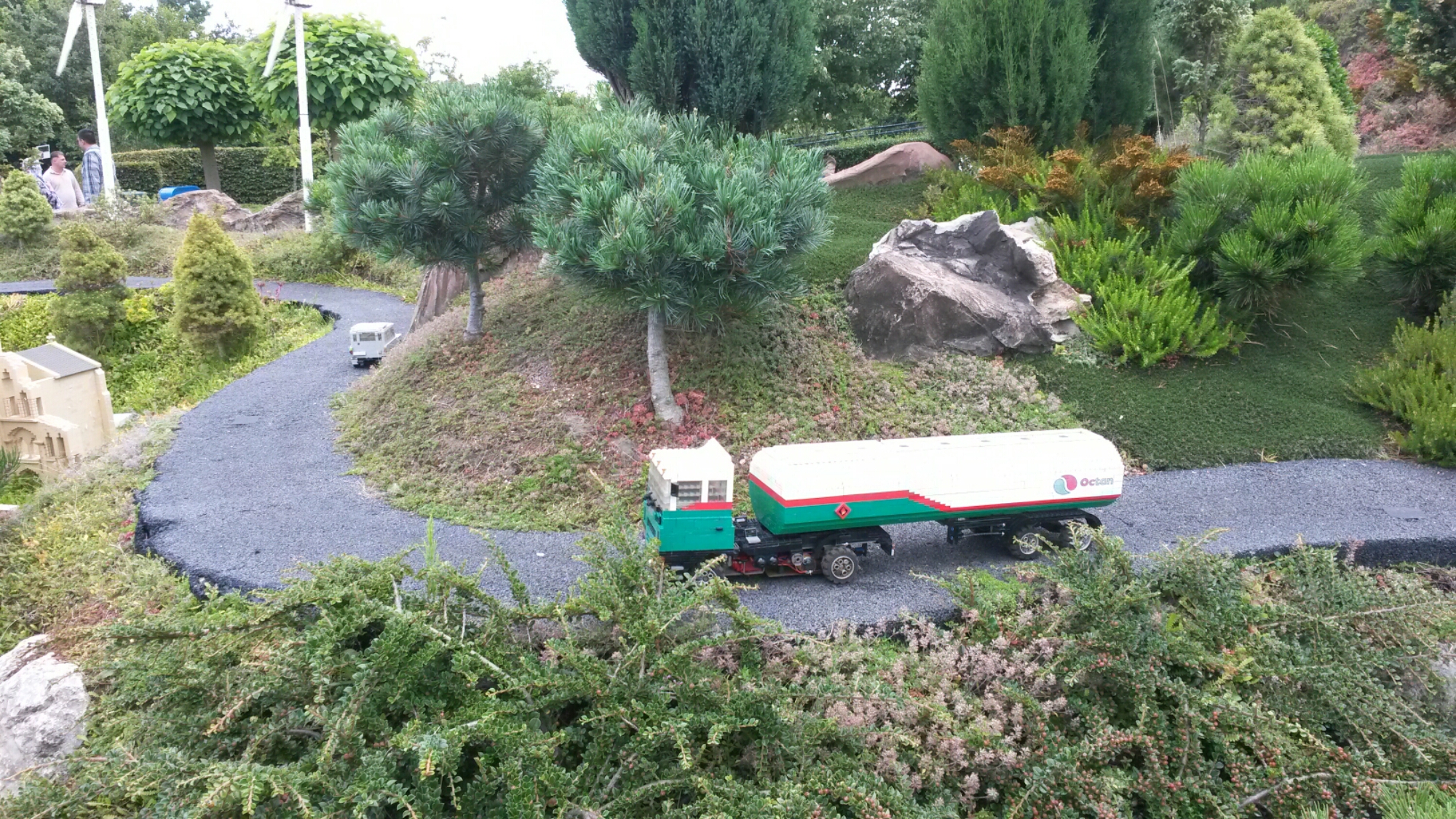 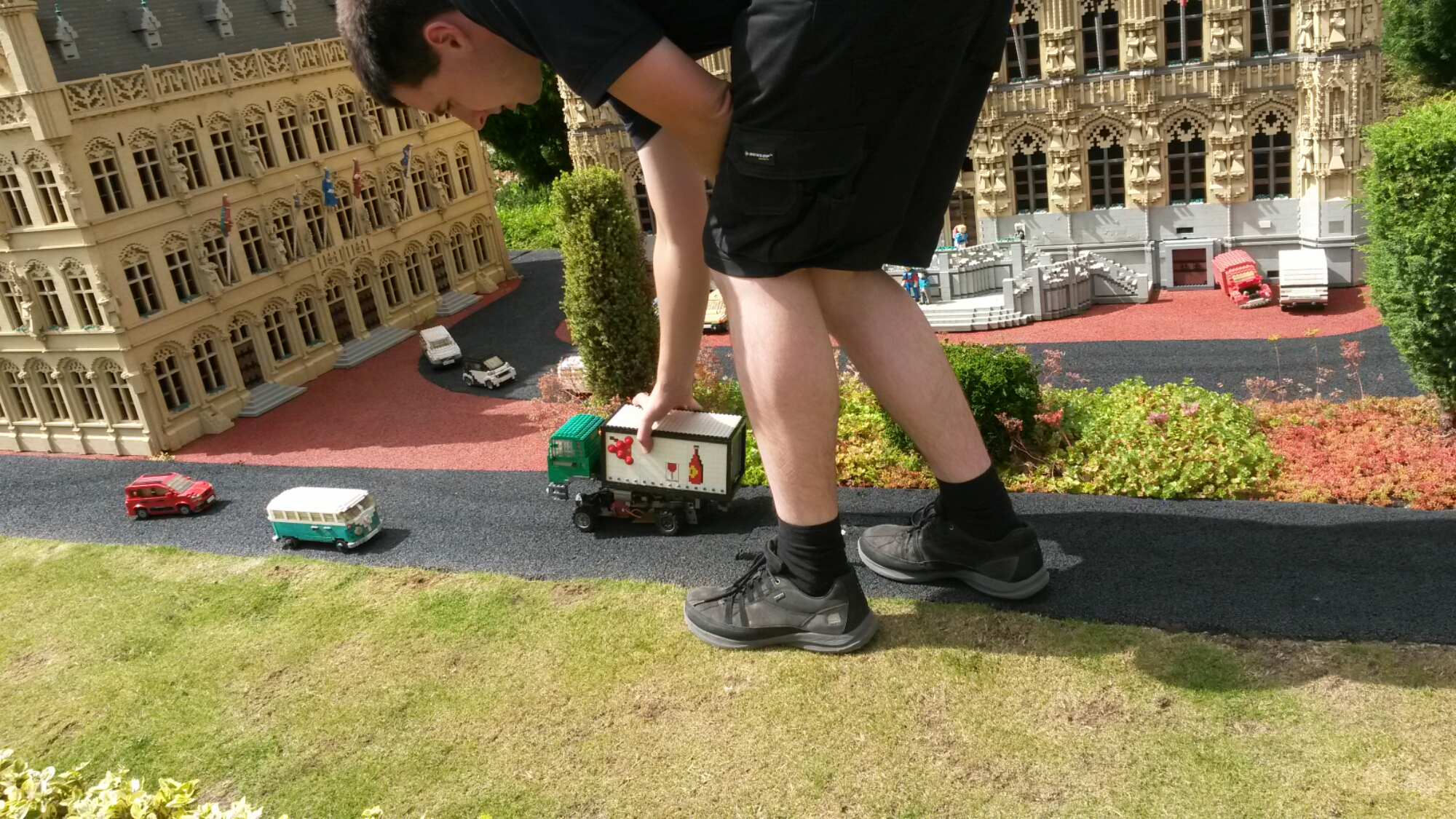 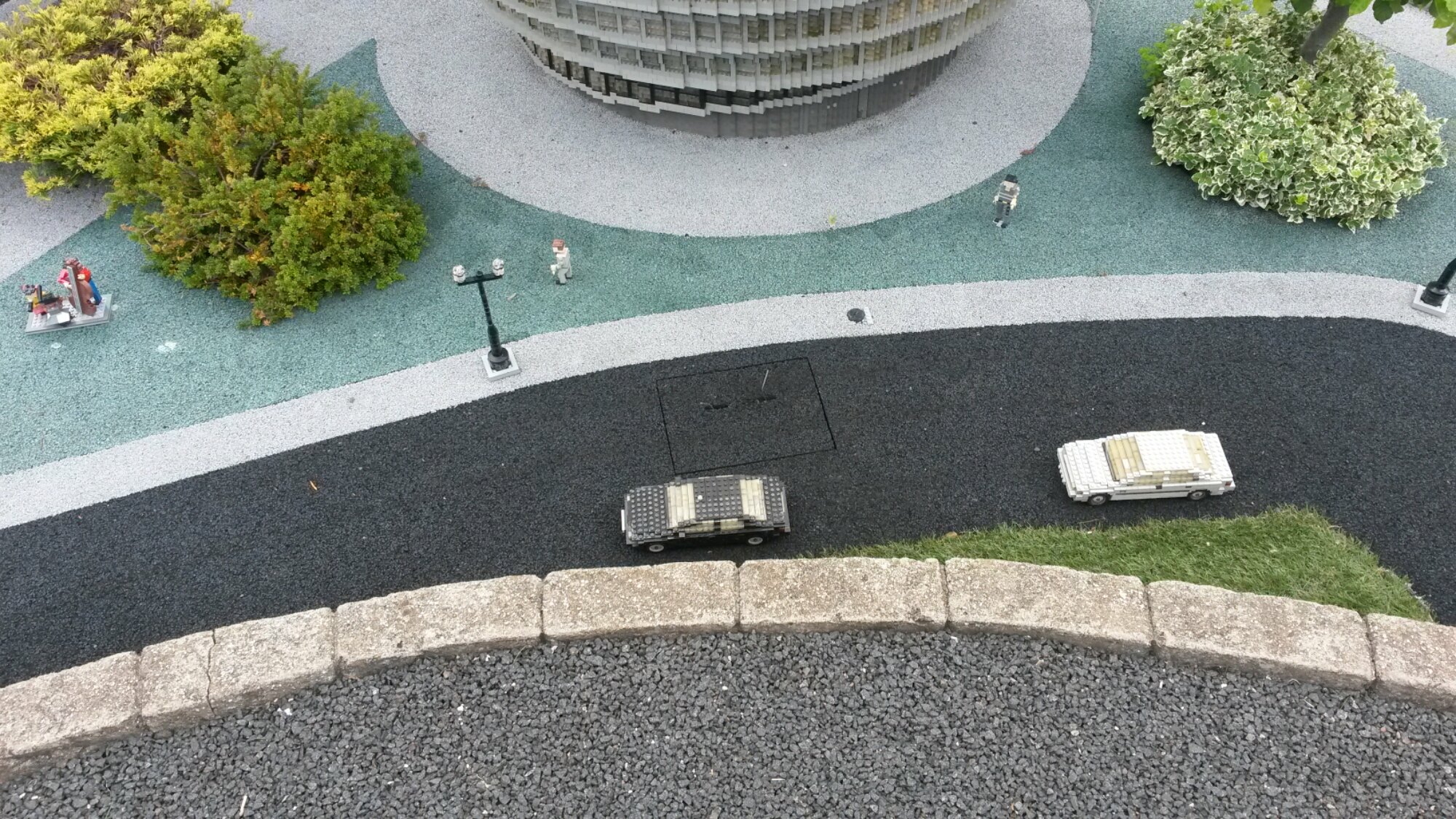 Cars seem to be battery powered charged with wires on ground at charging stops. Inside car cases built of Legos there seems  to be normal RC servos and other RC car stuff. How they follow their programmed routes was not revealed… There were also some RC controlled cars visitors can control. 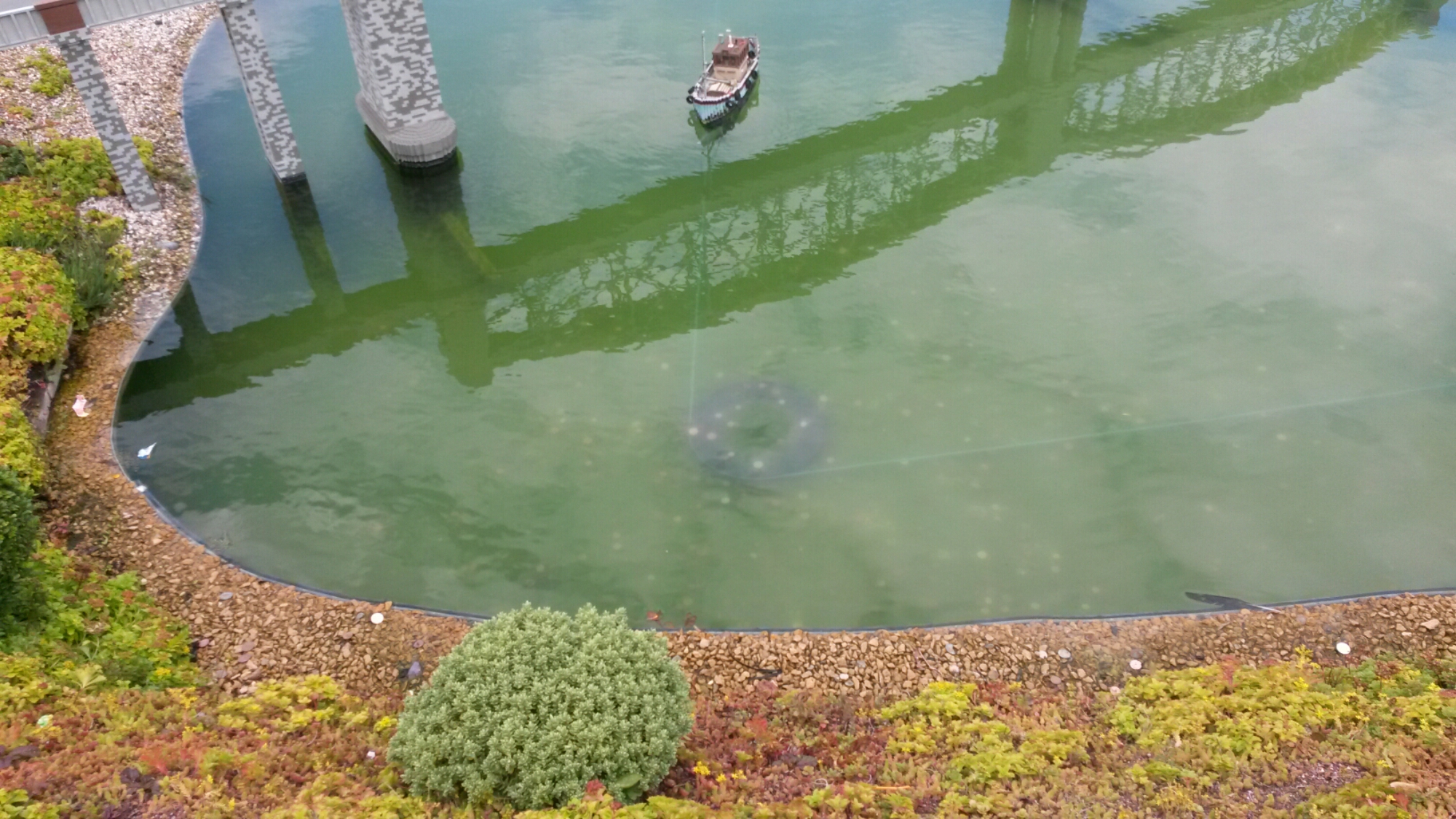 Car race had also some pulley system that was broken.. 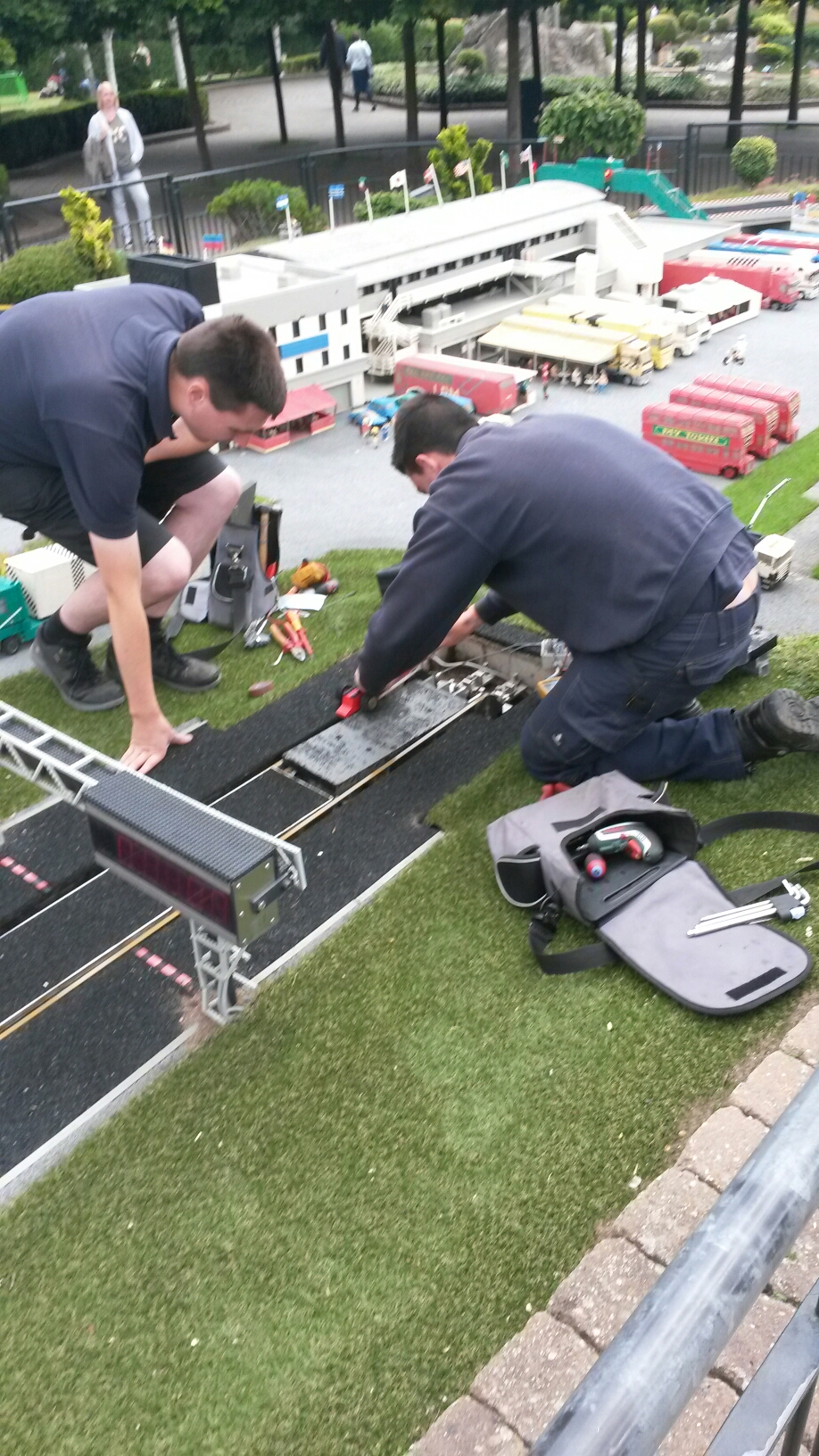 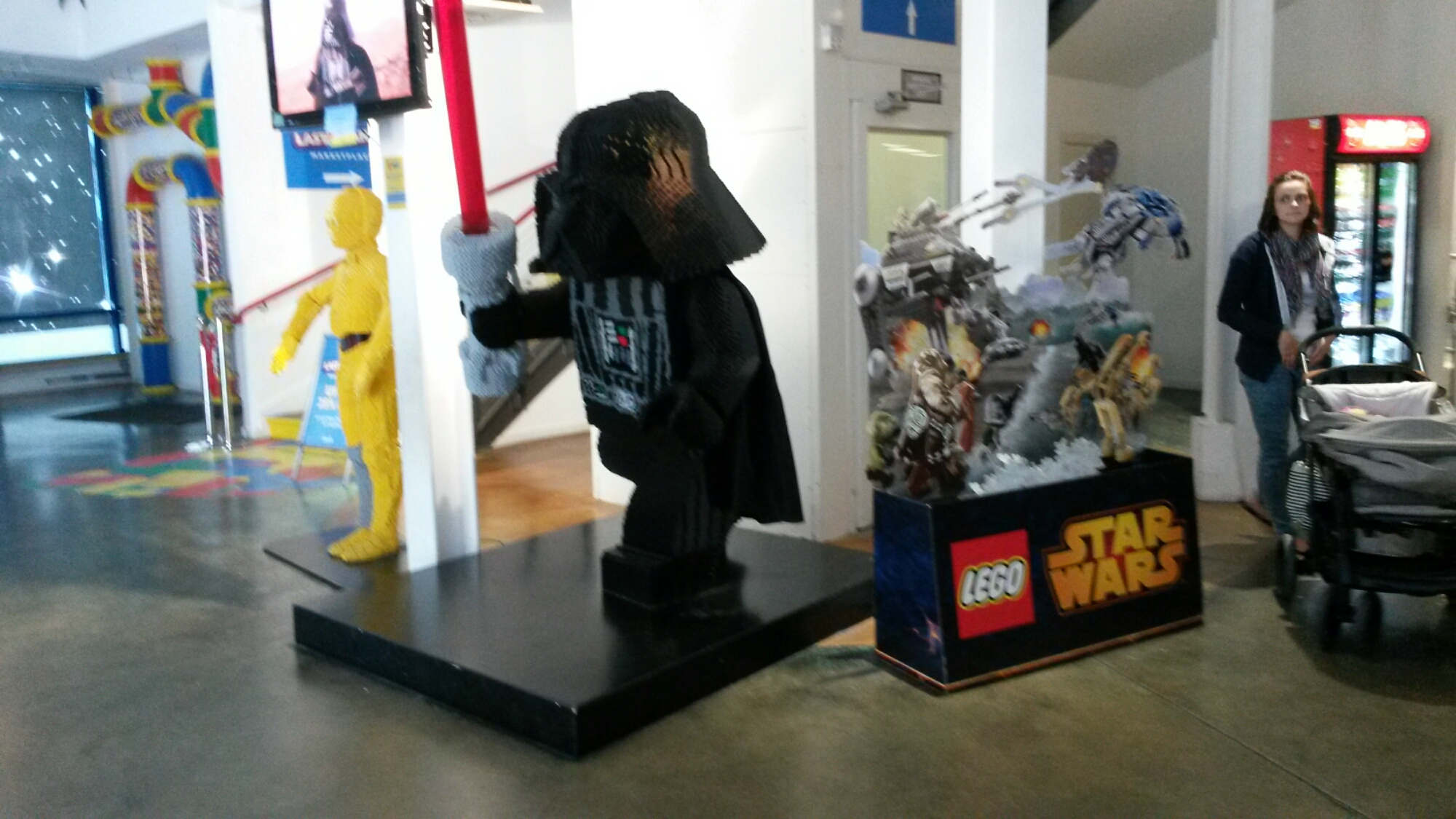