LEGO Power Functions is a LEGO electric building system. You have battery boxes to deliver the power, different types of motors to make things move, light, remote control and even connection to a computer. The Power Functions system has 4 wires and uses 9V voltage.

See LEGO_Power_Functions_RC_v120.pdf for  information on the IR signals used to control LEGO creations: LEGO Power Functions RC Protocol The payload is: 1 toggle bit, 1 escape bit, 2 bits for channel switch, 1 bit for address, 3 bits for mode and 4 bits for various data depending on mode (maximum message length 16 ms). When a button is pressed or released on the transmitter the message is sent. Five exactly matching messages (if no other buttons are pressed or released) are sent.

Arduino and LEGO® Power Functions – Hackster.io article describes a project that involves a LEGO Train that was controller by an Arduino.

First attempt at driving a train! web page is a good tutorial how to start controlling LEGO trains with Arduino.

Here is some code (base on example from First attempt at driving a train! page) I successfully used to send control signals to LEGO train from Arduino with IR LED (needs legopowerfunctions library to be installed). This with make the train go forward for 5 seconds, stops for 1 seconds, goes backwards for 5 seconds. stops for 1 second and starts all over again:

The hardware needed is same as described in First attempt at driving a train! page: 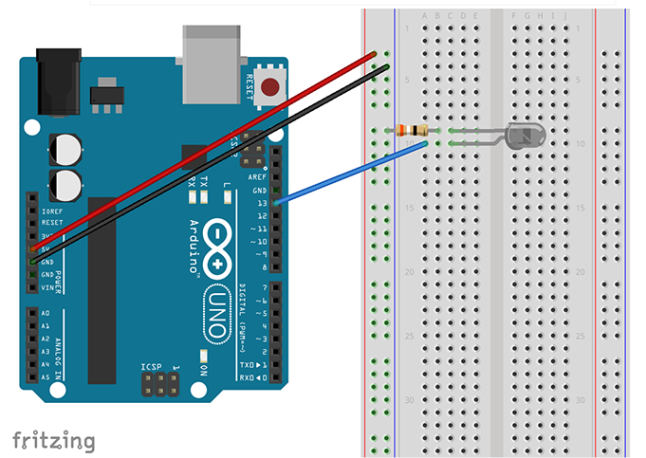