The story of Perl’s role in the dynamic web | Opensource.com

The web’s early history is generally remembered as a few seminal events: the day Tim Berners-Lee announced the WWW-project on Usenet, the document with which CERN released the project’s code into the public domain, and of course the first version of the NCSA Mosaic browser in January 1993.
In the mid- to late-1990s, Perl and the dynamic web were nearly synonymous. As a relatively easy-to-learn interpreted language with powerful text-processing features, Perl made it easy to write scripts (sometimes easy to write but not so easy for other people to read) to connect a website to a database, handle form data sent by users. Such website features came in the form of CGI scripts. 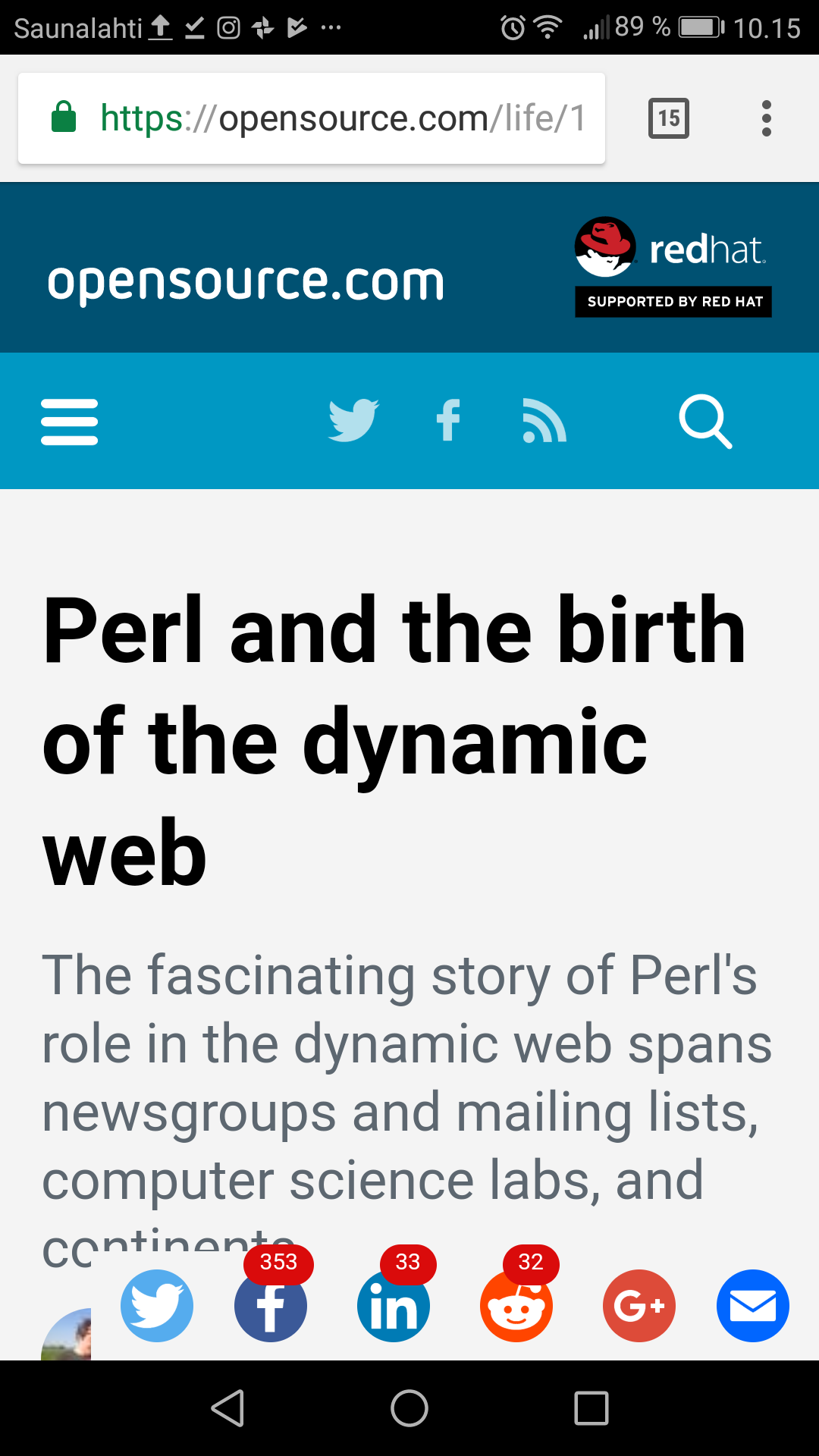 I remember those times. I began to use Mosaic in 1993. I have used Perl on ePanorama.net site years ago for discussion board. Nowadays in most sites frameworks built using PHP and Python have have taken Perl’s place, and node.js is rising.