Electrons in platinum move in different directions depending on their spin when the metal is heated at one end. Scientists have observed this phenomenon, called the spin Nernst effect, for the first time. “The measurement was a tour de force; the measurement was ridiculously hard”

The effect and its brethren — with names like the spin Hall effect, the spin Seebeck effect and the spin Peltier effect — allow scientists to create flows of electron spins, or spin currents. For example spin Hall effect is much studied for its potential use in spintronic devices. 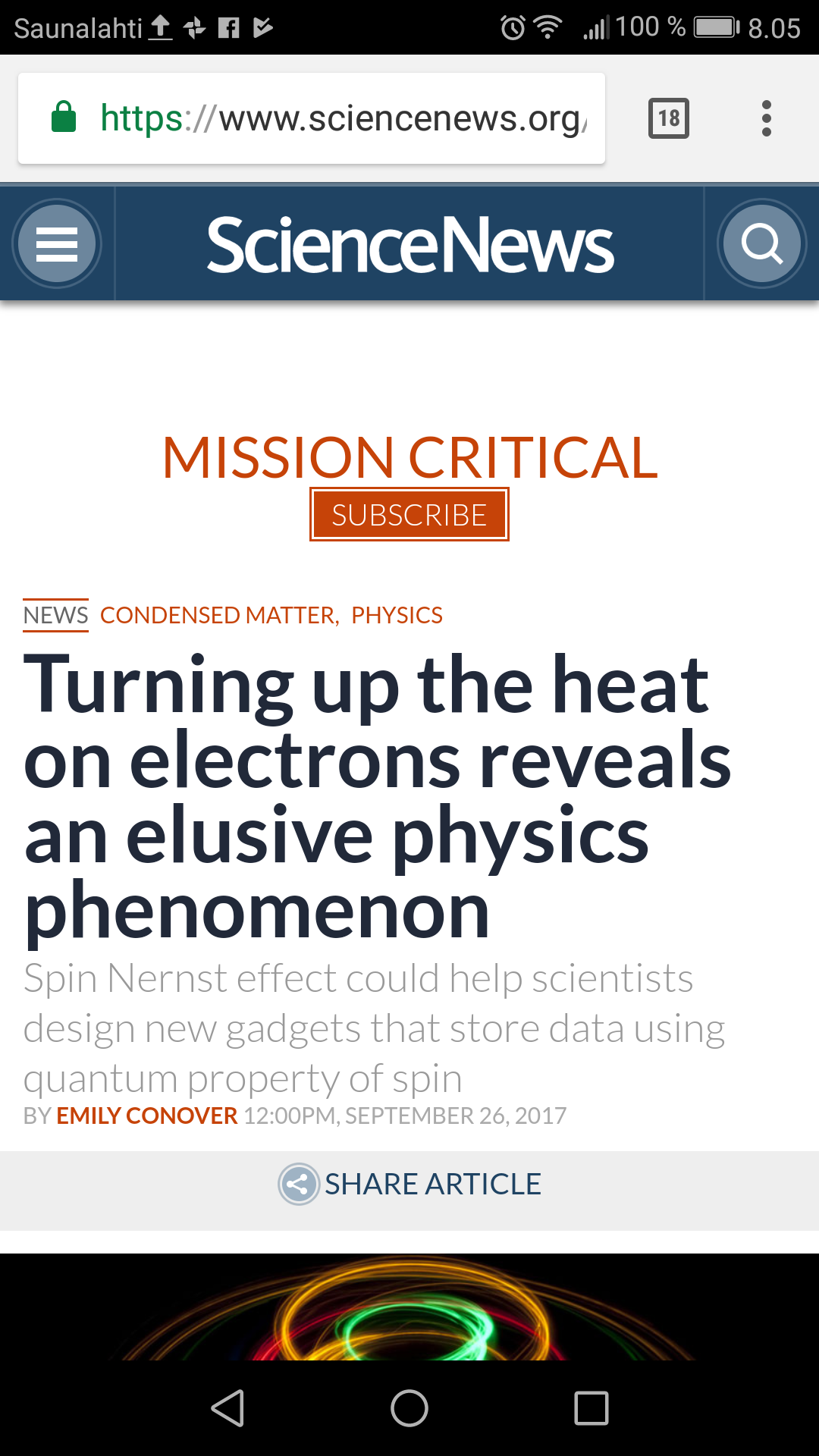