Man With Machine: Harnessing the Potential of Artificial Intelligence

When we think of artificial intelligence (AI), we think of robots — machines that mimic human behavior or thought. This is partly the influence of comics, novels, movies and other pop culture tidbits, but the boundaries of AI have progressed far beyond this basic personification.

At its most basic level, machine learning, a subset of AI, consists of using algorithms to parse through data, learn from it and make predictions about new input data.

With the advancement of artificial intelligence and cognitive systems such as IBM Watson, we can now augment the security analyst’s ability to fill gaps in intelligence, speed and accuracy to confidently identify and stop cyberattacks. -at least in theory. 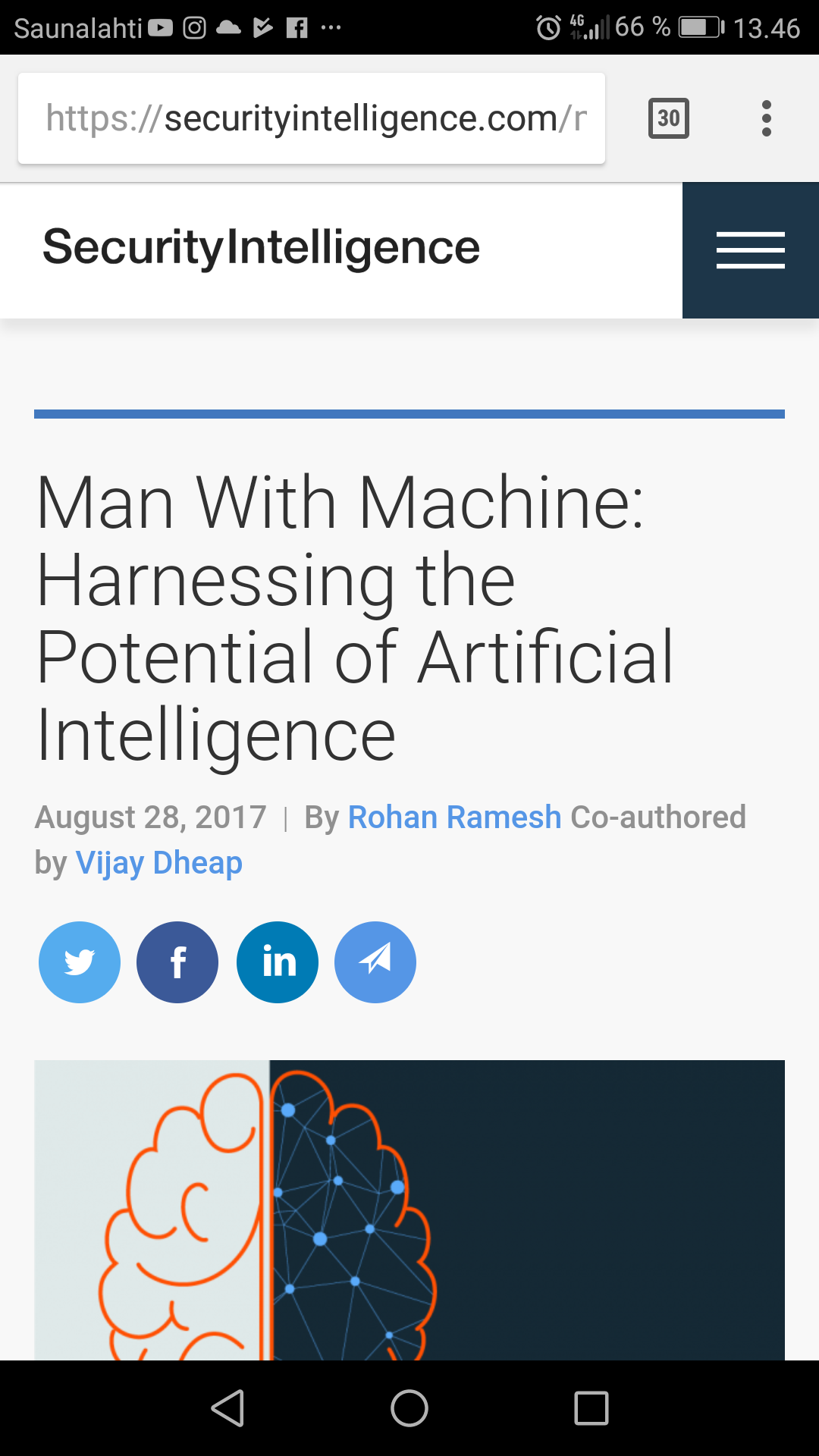