Over the past seven months, Mozilla developers have been rapidly replacing major parts of the engine, introducing Rust and parts of Servo to Firefox. Plus, thety have worked on performance issues, both obvious and non-obvious. This newly released Firefox is called Project Quantum. This posting goes through the biggest changes to Firefox browser. 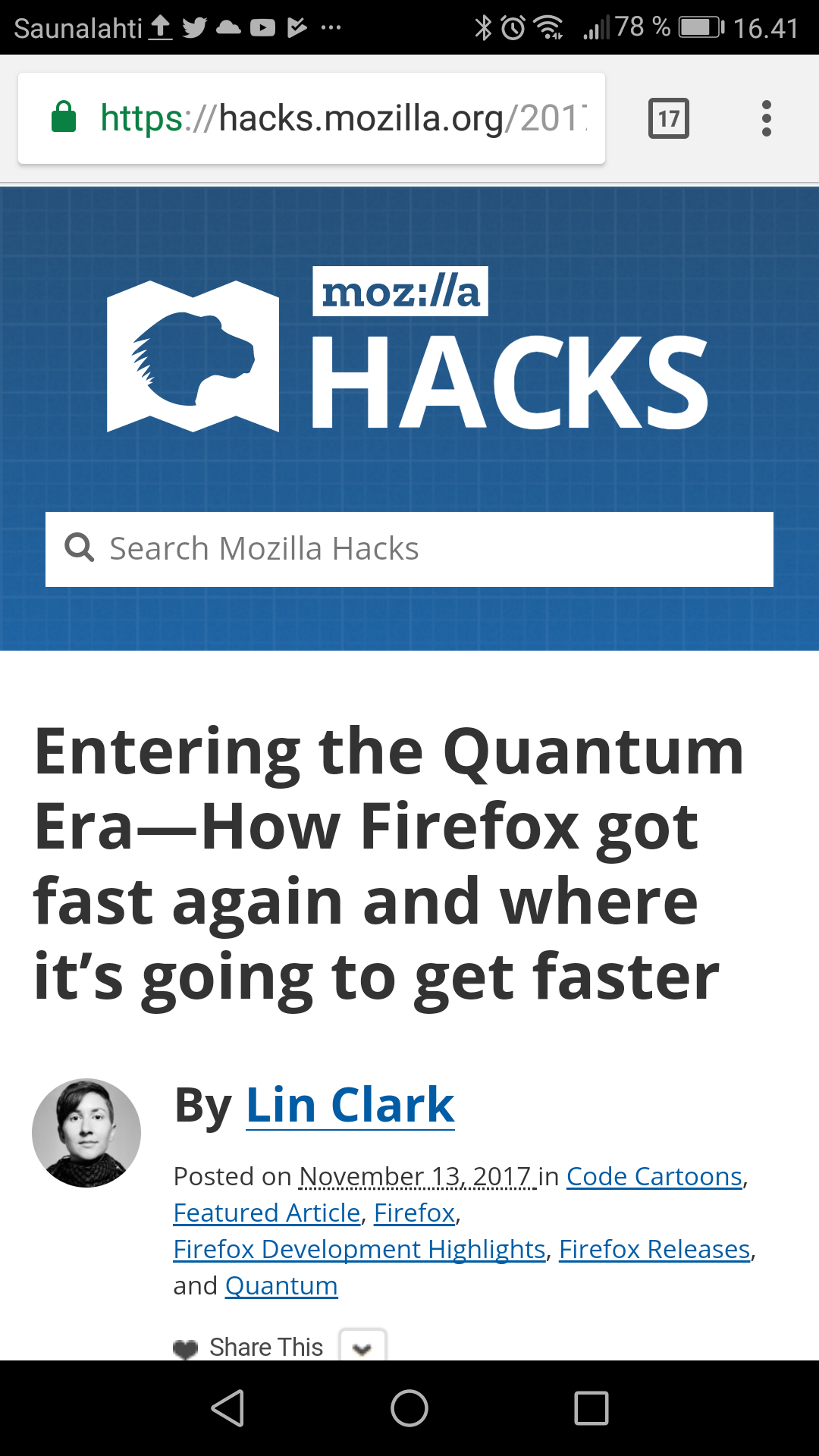