People Who Constantly Point Out Grammar Mistakes Are Pretty Much Jerks, Scientists Find

Scientists have found that people who constantly get bothered by grammatical errors online have “less agreeable” personalities than those who just let them slide.

And those friends who are super-sensitive to typos on your Facebook page? Psychological testing reveals they’re generally less open, and are also more likely to be judging.

“This is the first study to show that the personality traits of listeners/readers have an effect on the interpretation of language,” 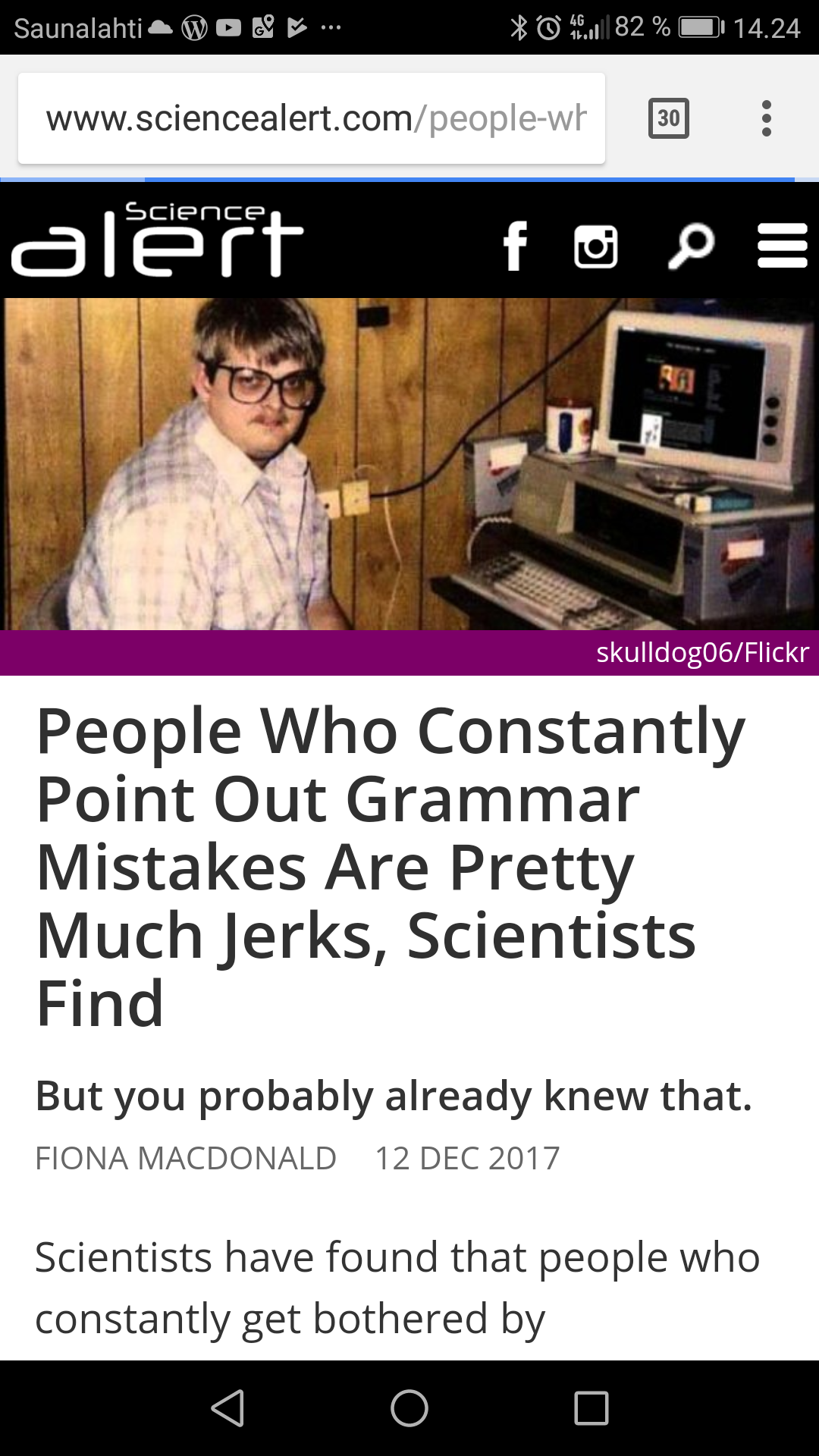