Back in the ancient days before sound cards, around 30 years ago, sound cards were rare on PCs. One hack those days was the original Covox Speech Thing, that connected a simple DAC to to PC parallel port. The Covox Speech Thing (also known as Covox plug) was an external audio device attached to the computer to output digital sound. I made same early fame in BBSs when I published my easy to build version of that thing. You can read my story from My LPT DAC story posting. 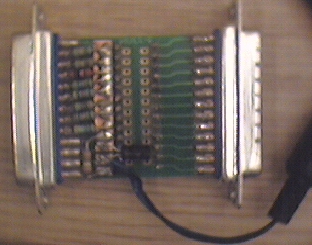 This was then and nowadays PCs are so different that those old tricks do not work anymore? Or is it really so. Hackaday posting Making A Covox Speech Thing Work On A Modern PC tells that [Yeo Kheng Meng] had heard of this device, and wondered what it would take to get it running again on a modern Linux computer. So he found out in the best possible way: by doing it. His A Science Project: Bringing the Covox Speech Thing to 2017 article tells how to build this old piece of hardware and see if it is possible to get it working on modern systems.