http://www.nickhunn.com/13-companies-announce-nb-iot-chips/
With thirteen different companies bringing chips to market, that’s an investment of around $200 million.
Add to that the costs of the standardisation process, infrastructure development and initial market trials and it’s clear that somewhere between $500 million and $1 billion has already been spent on getting NB-IoT to the point where it is today. That’s a level of investment that should be worrying competing standards like LoRa and Sigfox, as the NB-IoT companies will do all they can to recoup their investment.
Having said which, if you count up real NB-IoT deployments, it’s still early days. There are probably fewer than 10 million chips deployed. That’s the figure from Huawei, who is certainly leading the field.

The reality is that for most of the IoT we’re seeing the same organic growth that characterised M2M, not a bright new world of connecting trillions of everything.

That uncertainly about what the killer application might be is evident in the different approaches to NB-IoT chips from the thirteen manufacturers. 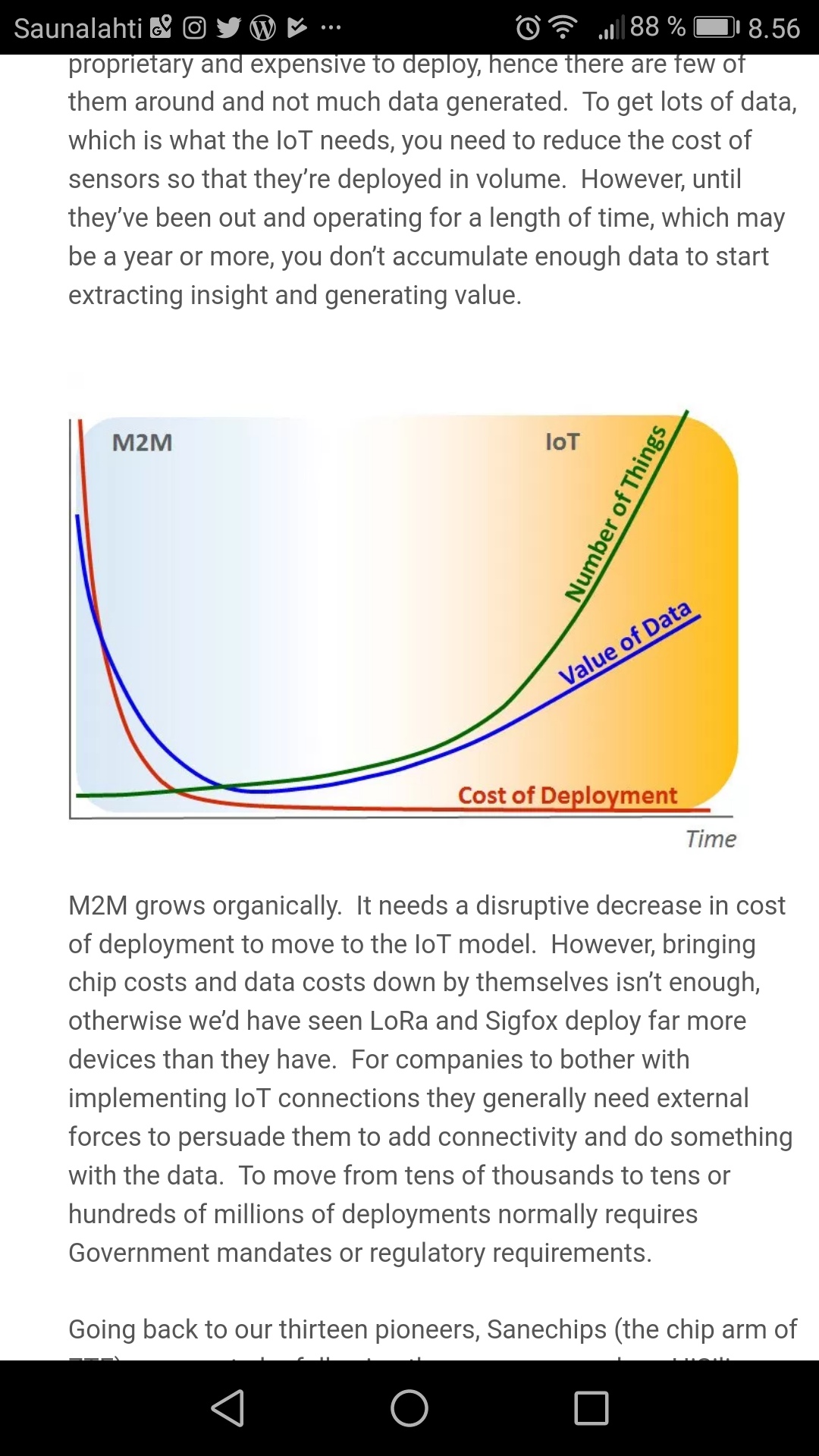