http://www.wired.co.uk/article/hotel-hack-digital-lock-door-system-fsecure-assa-abloy
Finnish cybersecurity firm F-Secure has revealed it found a flaw in the 20 years old digital lock system that may be used in millions of hotels worldwide.
VingCard digital lock technology master key – which specifically worked on the Assa Abloy’s Vision lock – could be generated from any ordinary electric keycard, even ones long expired or discarded. When this card is used there would be no sign of breaking and entering.

F-Secure contacted the lock company about a year ago and software fixes became available in February. 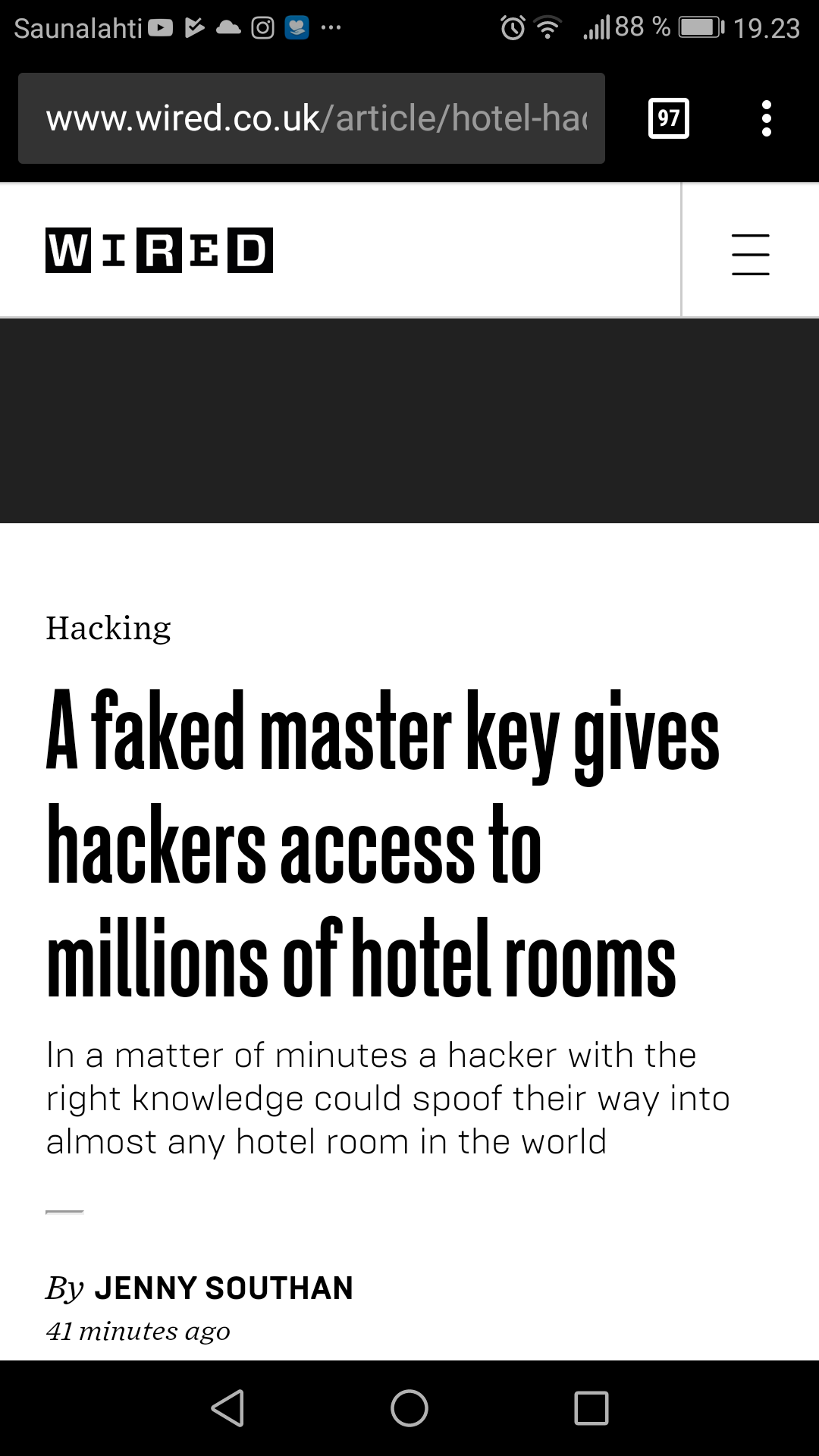