Here are some useful tips for securing networks that have IoT devices:

Even before the formulation of the term “Internet of things”, Steve Gibson had proposed home networking topology changes designed to deal with this looming IoT security threat. Unfortunately it seems that only little or no thought is given to the security aspects of the most devices in this rapidly growing market.

The latest third (and hopefully final) foray into the magical land to securing our home networks against the Internet of Things. With this iteration Steve moved us to a three-router solution that makes a lot of sense. 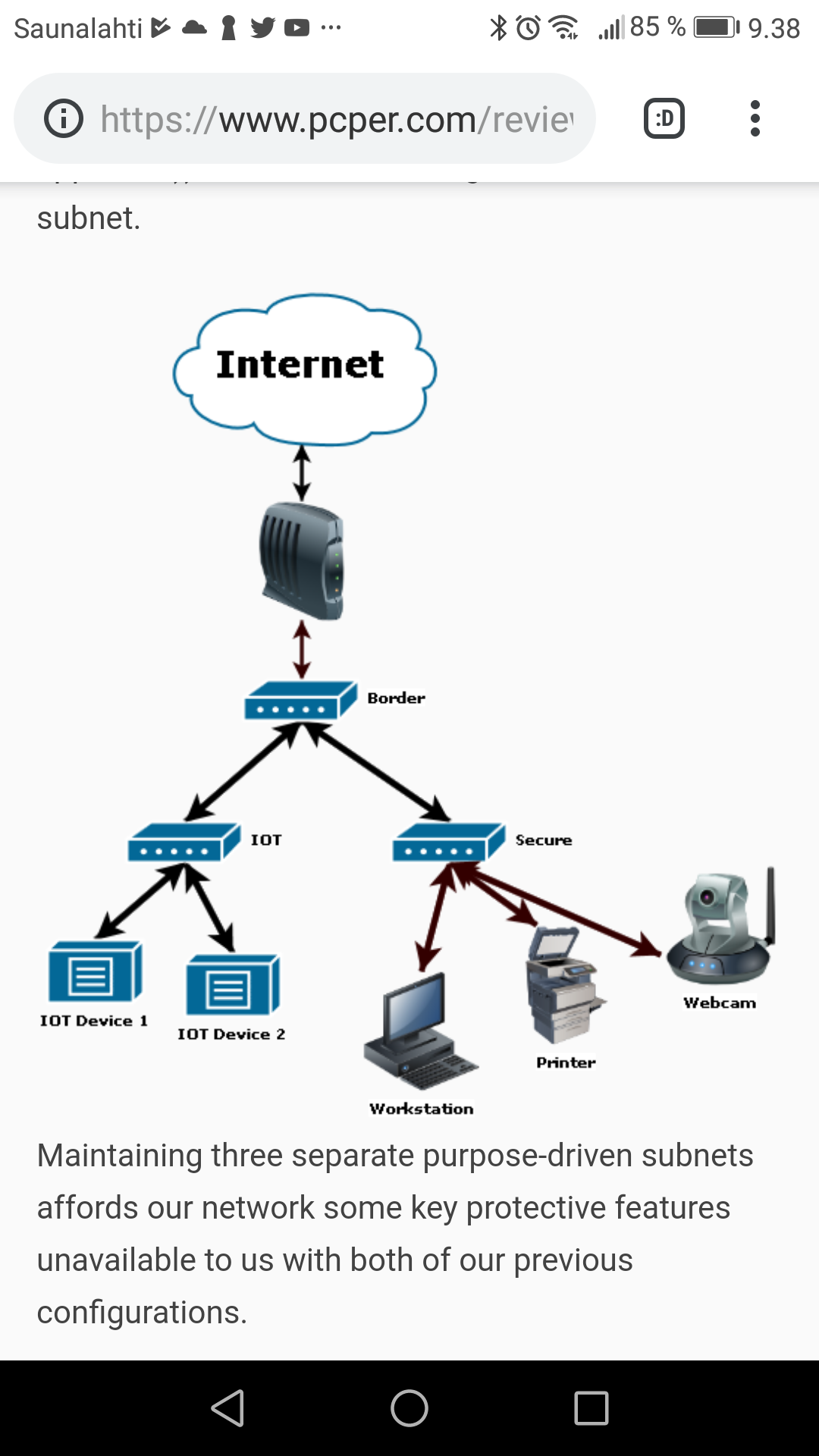 Maintaining three separate purpose-driven subnets makes a lot of sense in both home and commercial applications.