A useless machine is a device which has a function but no direct purpose. Typically it is an amusing engineering “hack“, or as an intellectual joke. The most well-known “useless machines” are those inspired by Marvin Minsky‘s design, in which the device’s sole function is to switch itself off by operating its own “off” switch.

Here is one very classic version of “useless device” box:

There has been also kits for sale for making such devices like this:

Having the basic parts around to build such device. The basic electrical parts would be easy, just two switches and one motor. To get the mechanical construction right is the harder part. To get over mechanical design challenge, I ended getting a ready made kit: Useless Box DIY Kit Useless Machine Birthday Gift Toy Geek Gadget Fun Office Home Desk Decor.

The contents of the box are the electrical part, plastic parts, screws and instruction leaflet. 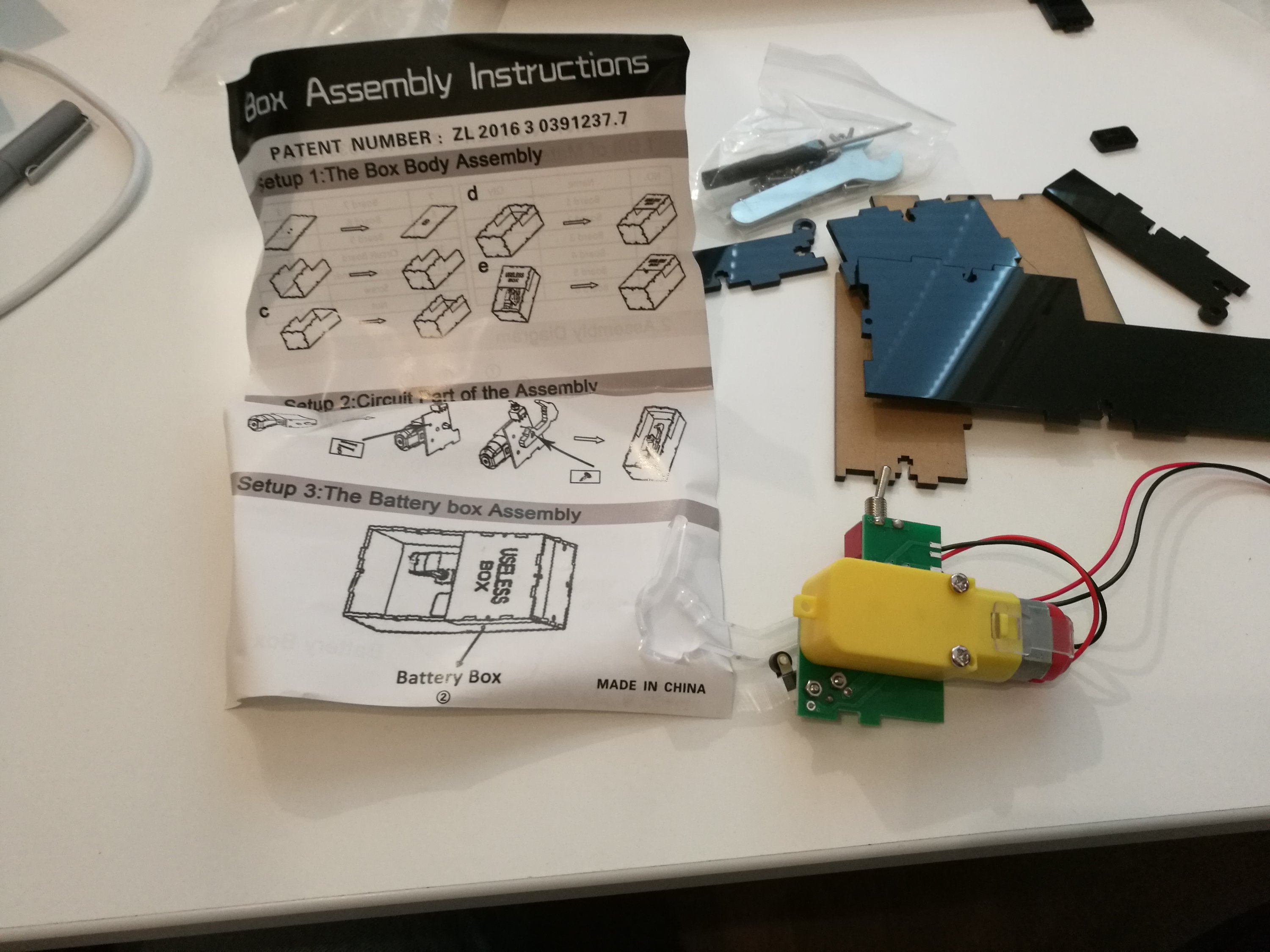 The motor part was ready built module on my kit. It just needed the batteries to be added and was ready to test outside the box. 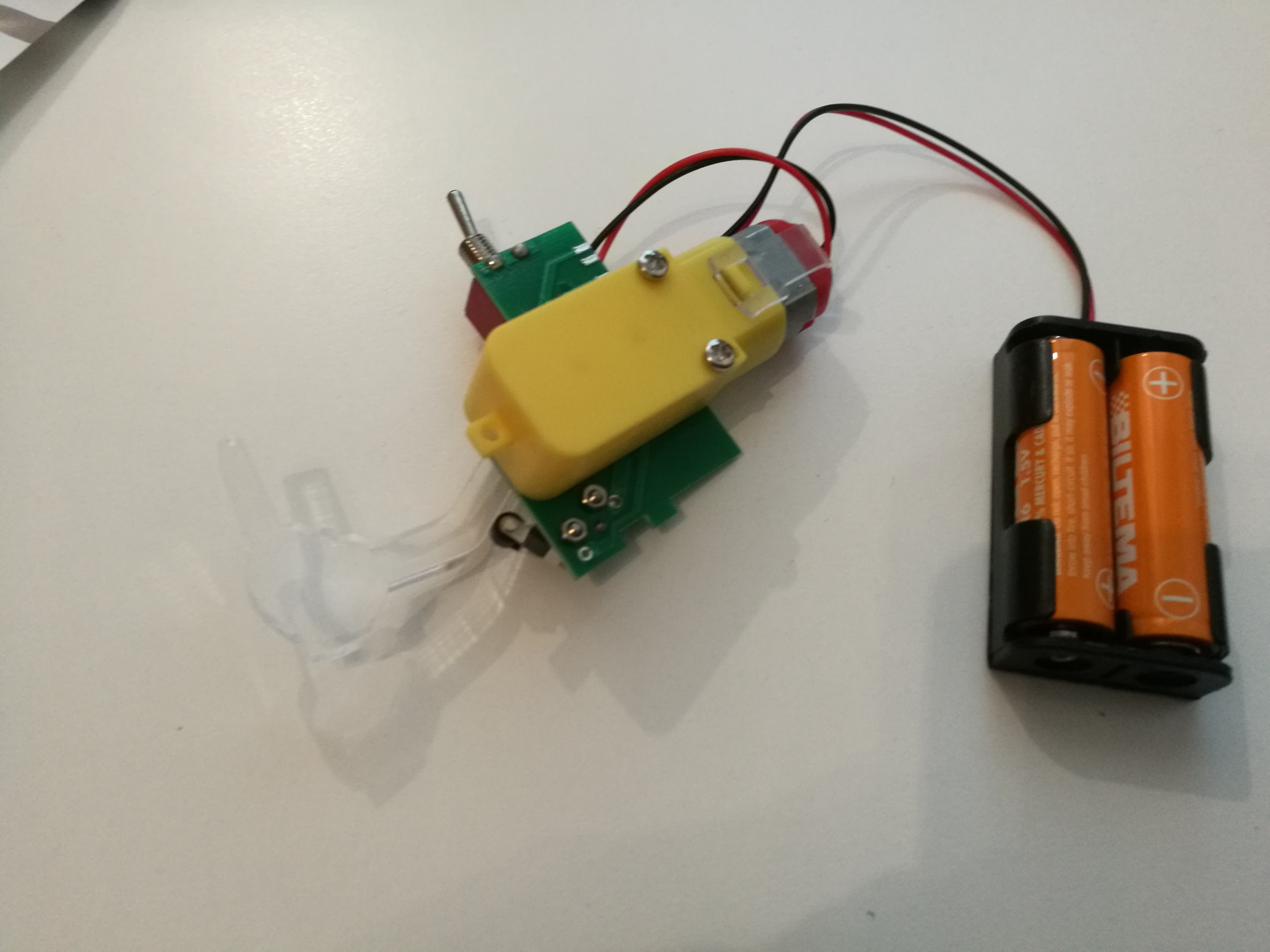 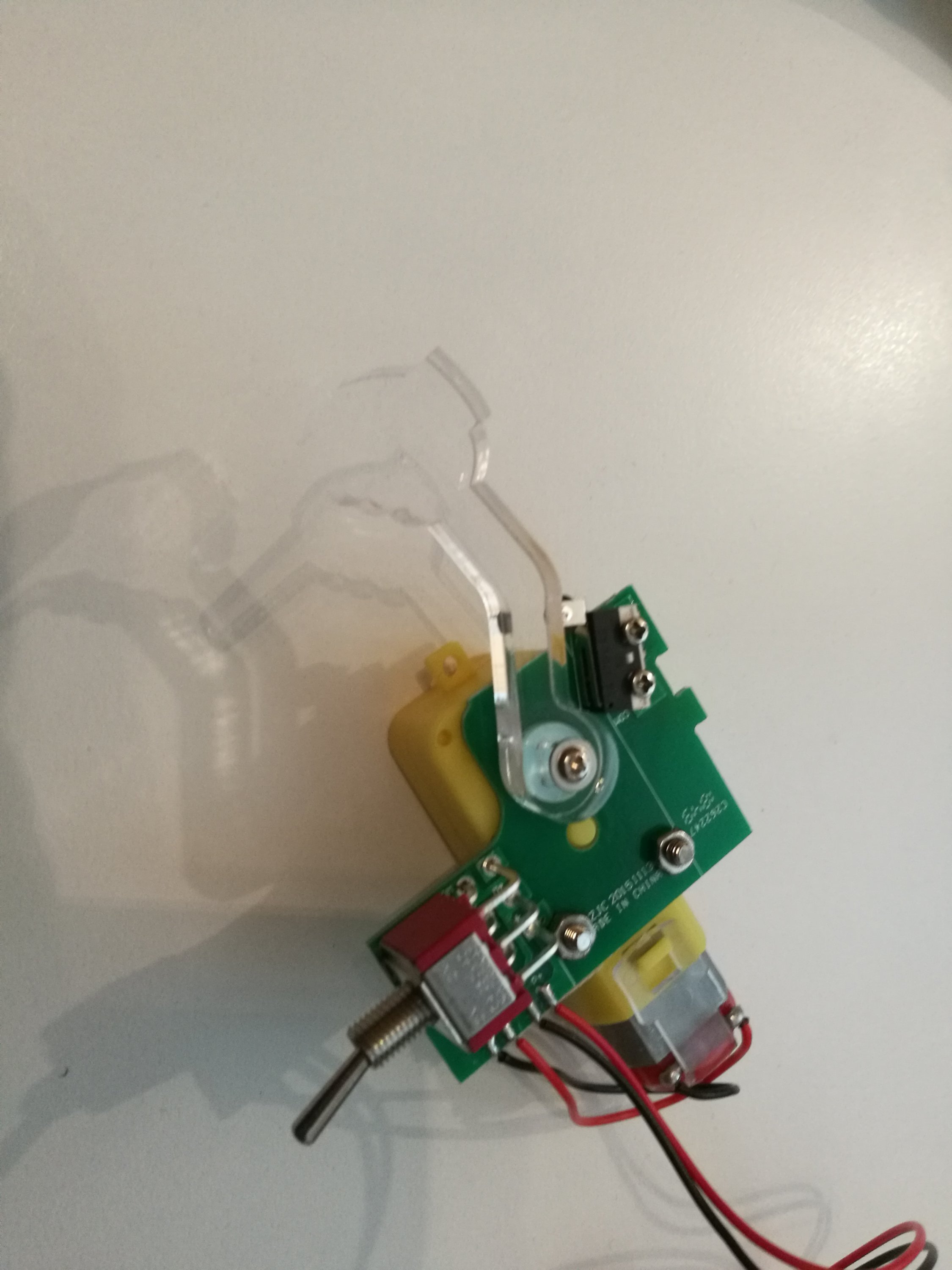 The next task was to build the box from many plastic parts and many screws. It was a bit of mechanical challenge to get all the parts aligned so that you can nicely tighten the screws. 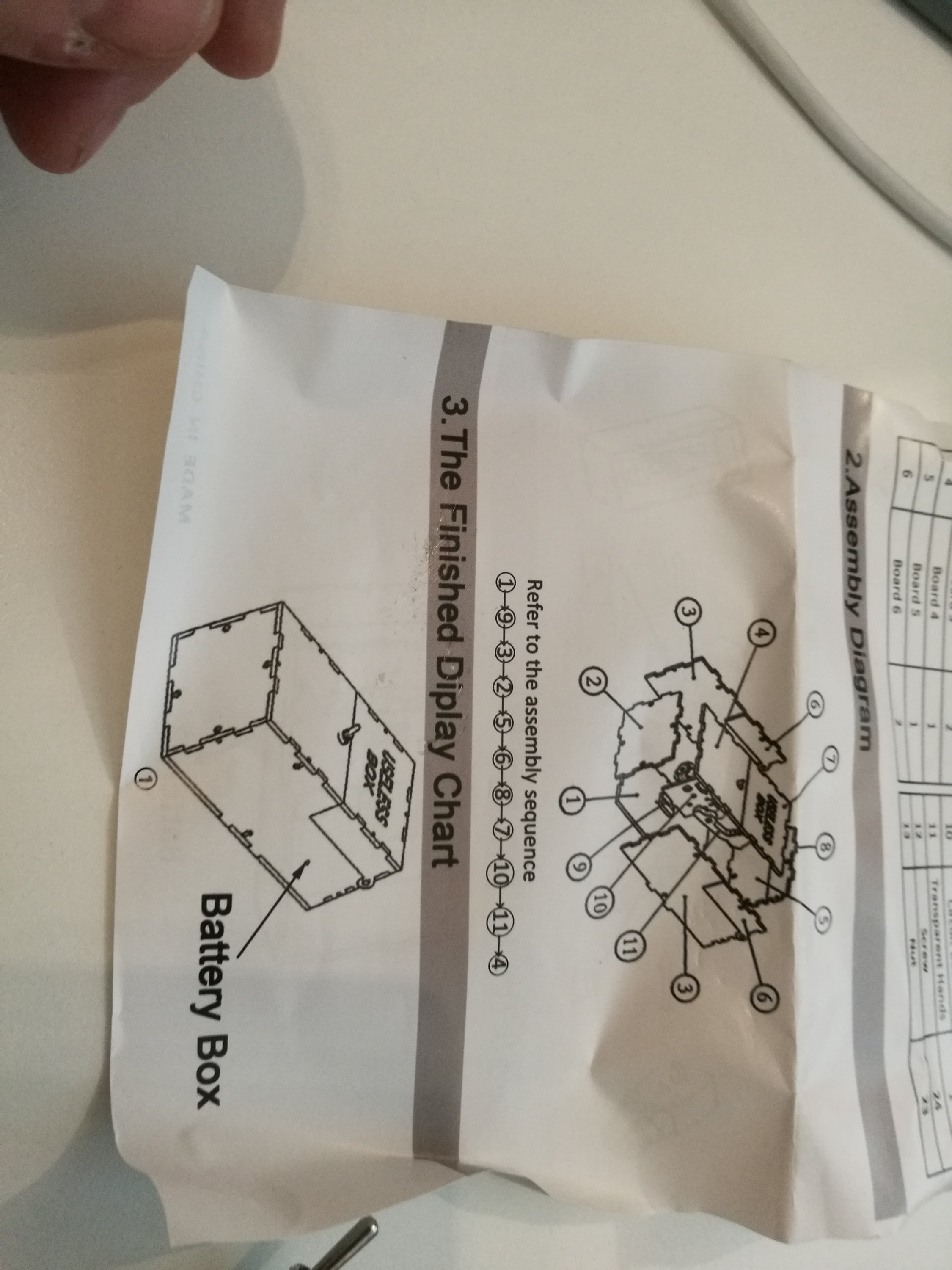 When everything was installed right, the case seemed to be quite stable construction. 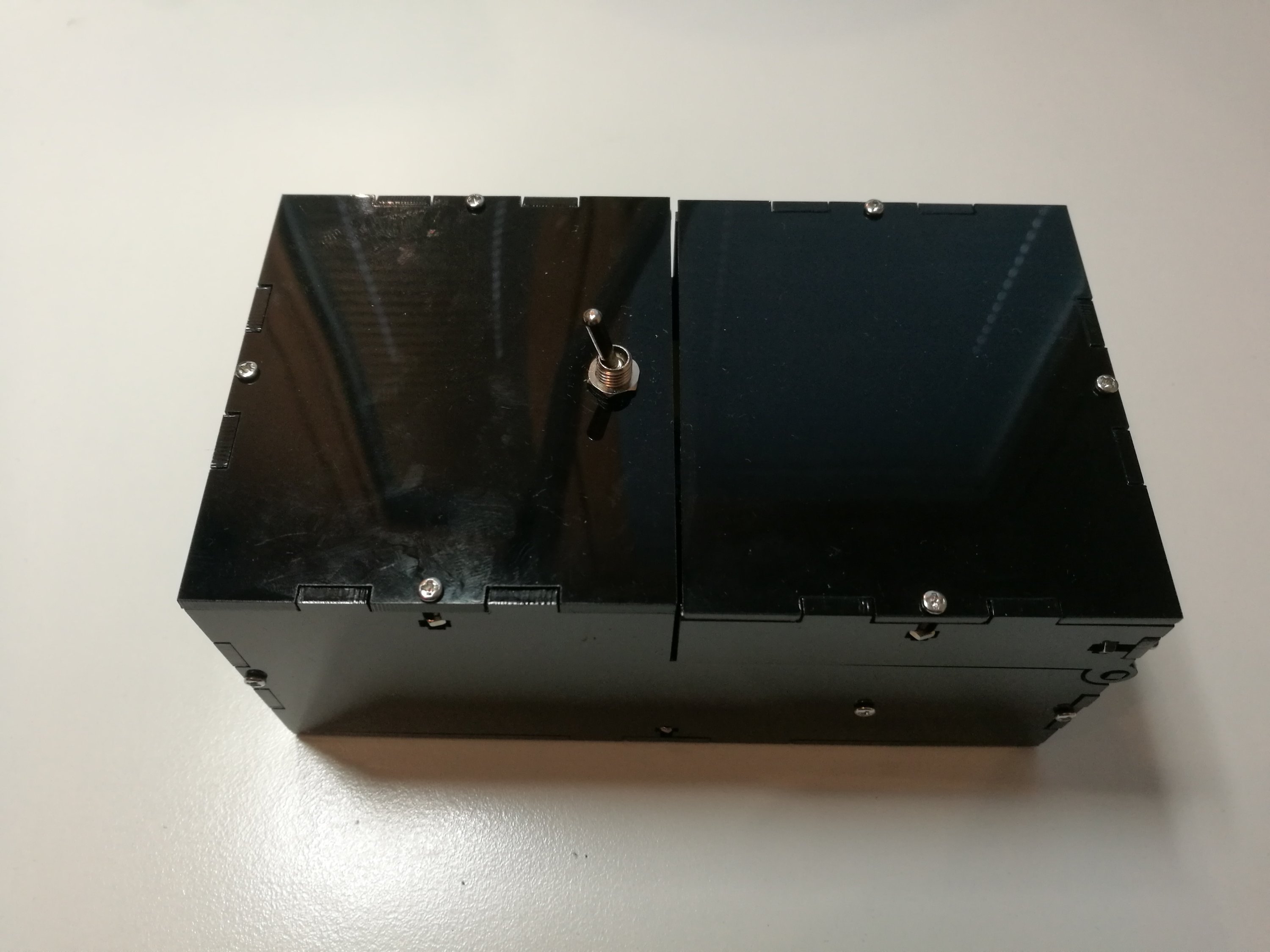 Here is the “useless device” box in operation. It is useless but funny work table gadget.