Samsung LED TV is not an entirely new category of TV

I’ve been hearing and seeing a lot about these new LED TV models from Samsung. They are advertising them as entirely new type of TV that changes everything. After some checking round what is this new technology is I found out that it is nothing spectacular new in it. Samsung’s so-called “LED TV” is pretty much like a normal LCD TV. The only difference is that the backlights technology has been changed from CCFL to LED.

Samsung is trying to promote this LED backlighting technology as an entirely new category of TV, which is a little misleading I think. It is true that LED backlight technology has some benefits (potential to consume less electricity) and potential for future enhancements (local dimming can give really nice contrast and black levels if used on some future models). And the idea to use LED for LCD technology display backlight is nothing new and it has been used earlier by many companies on many other types of LCD displays.

More material on this topic can be found at the articles
How is Samsung LED TV Different From LCD HDTV?, CCFL Characteristics and LCD Backlighting for LCD Displays. 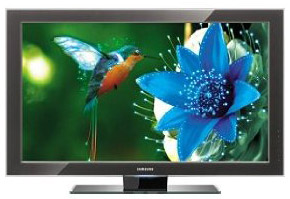