I had used the charger for some months nicely with several Qi chargers. The biggest downside on this charge receiver was that when it is plugged to your smart phone, you can’t use normal USB charger to charge phone unless you remove this charge receiver. There has been several cases where I have had need to use normal UBS charger, so I have had needed to remove the Qi receiver from phone. At one occasion I removed the Qi receiver and put it to pocket, I happened to bet the Qi charge receiver so much that it did not work anymore. So now it is a good time to look what is inside it, because when it is already broken, there is no danger of making situation worse by opening it (and in best case the problem could be found and it could be repaired). 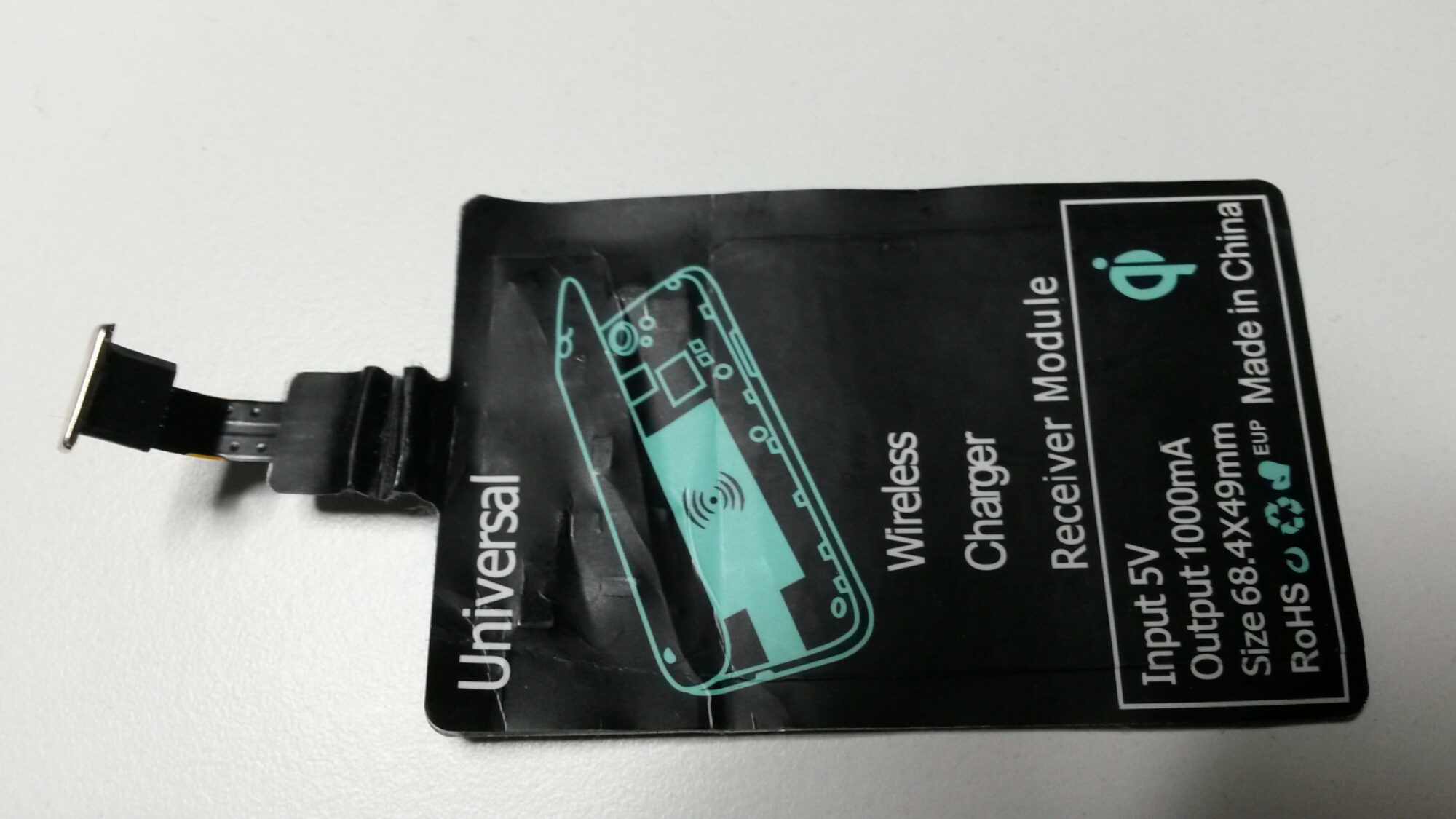 The device was packed inside two thin stickers made of plastic sheet. The sticker glue kept the both sides together. It was pretty easy to separate the sides with suitable tool (small thin screwdriver). 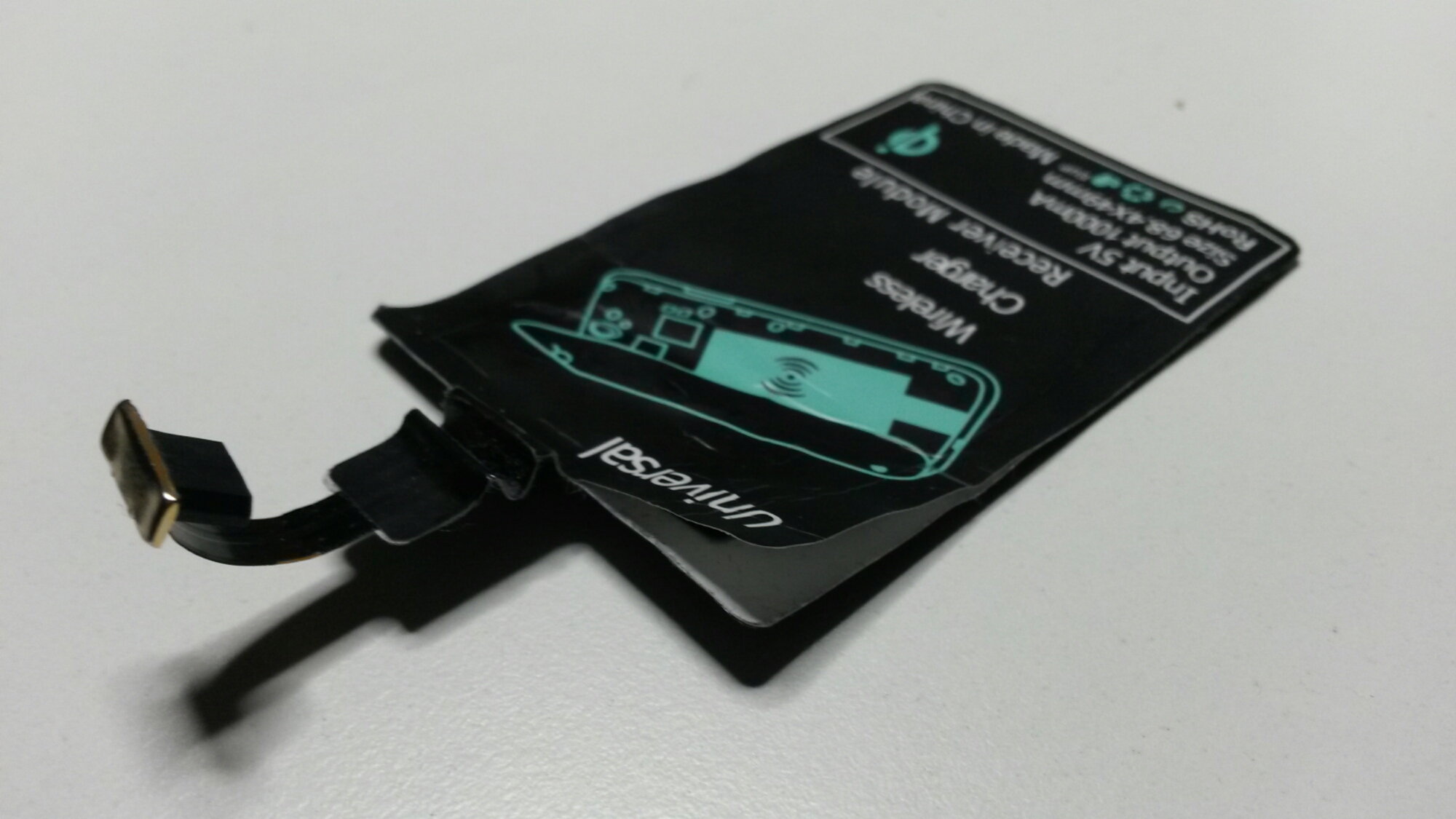 On the right side you see the electronics that do the charging. There are two ICs and lots of discretes. The bigger one (with 10 pins) does not have any markings in it. The smaller 6 pin chip has some markings, but they were unreadable. 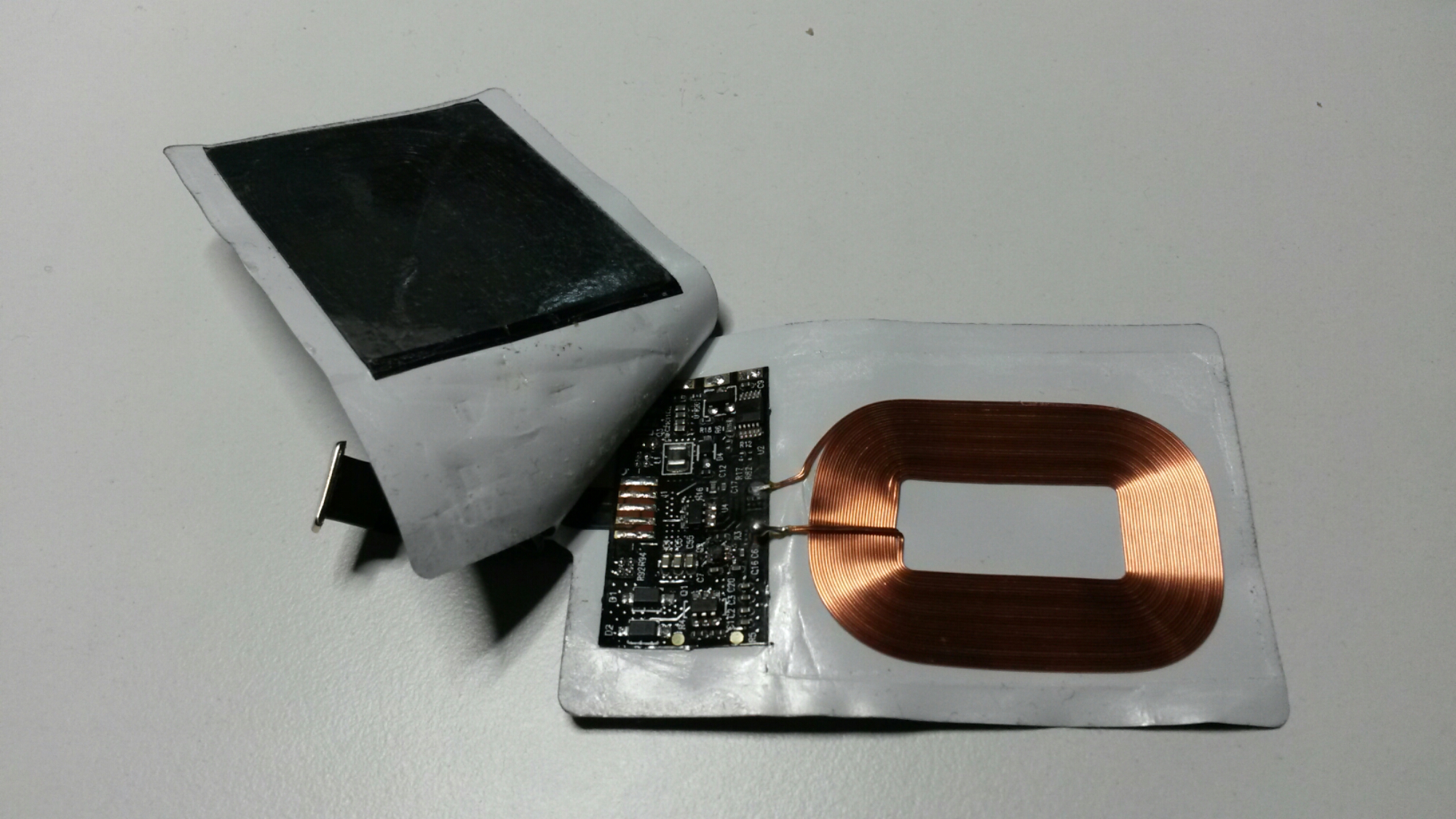 Here is close-up picture of the circuit where you can see that one end of the coil does not make contact with the circuit board anymore. 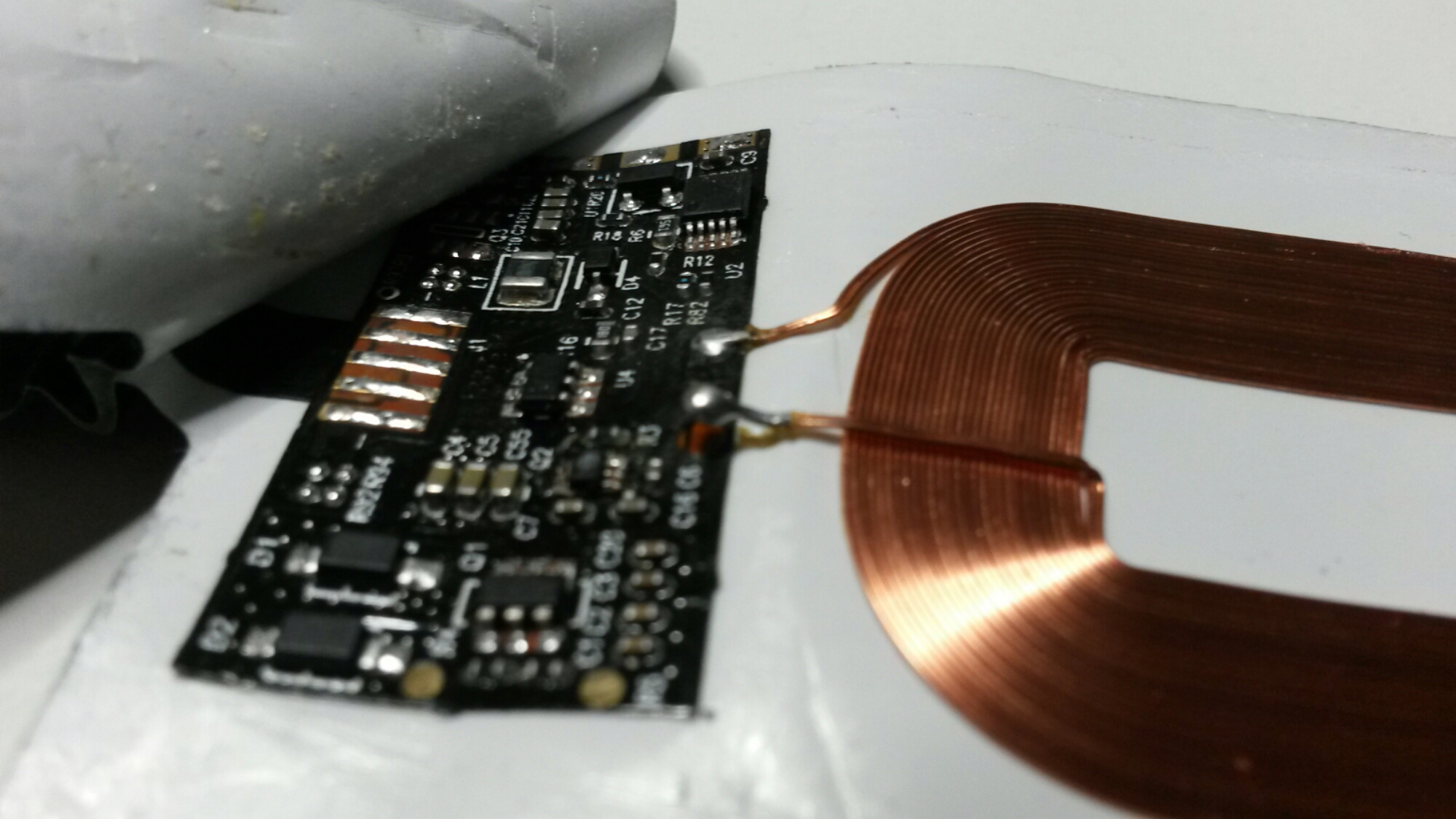