Just when we get used to SMS for extra security for authentication, experts tell that it is not that secure as we would like it to be… 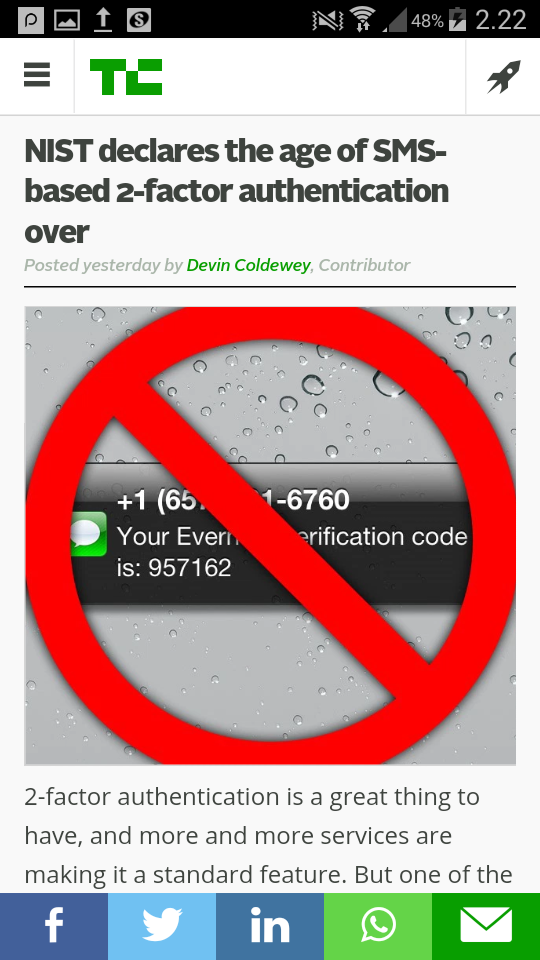