I have very many years ago built a function generator using ICL8038 IC. That circuit has become slightly unreliable over the years, and I though of maybe having a newer function generator circuit. Instead of building a circuit based on plans like XR-2206 5Hz to 300kHz Function Generator I deviced to save some effort… I found a cheap kit XR2206 Function Signal Generator DIY Kit Sine Triangle Square Output 1HZ-1MHZ that seems to suit for me well. Specifications:

The kit arrived well packed and promptly. Everything was packed in a plastic bag that was on padded envelope. 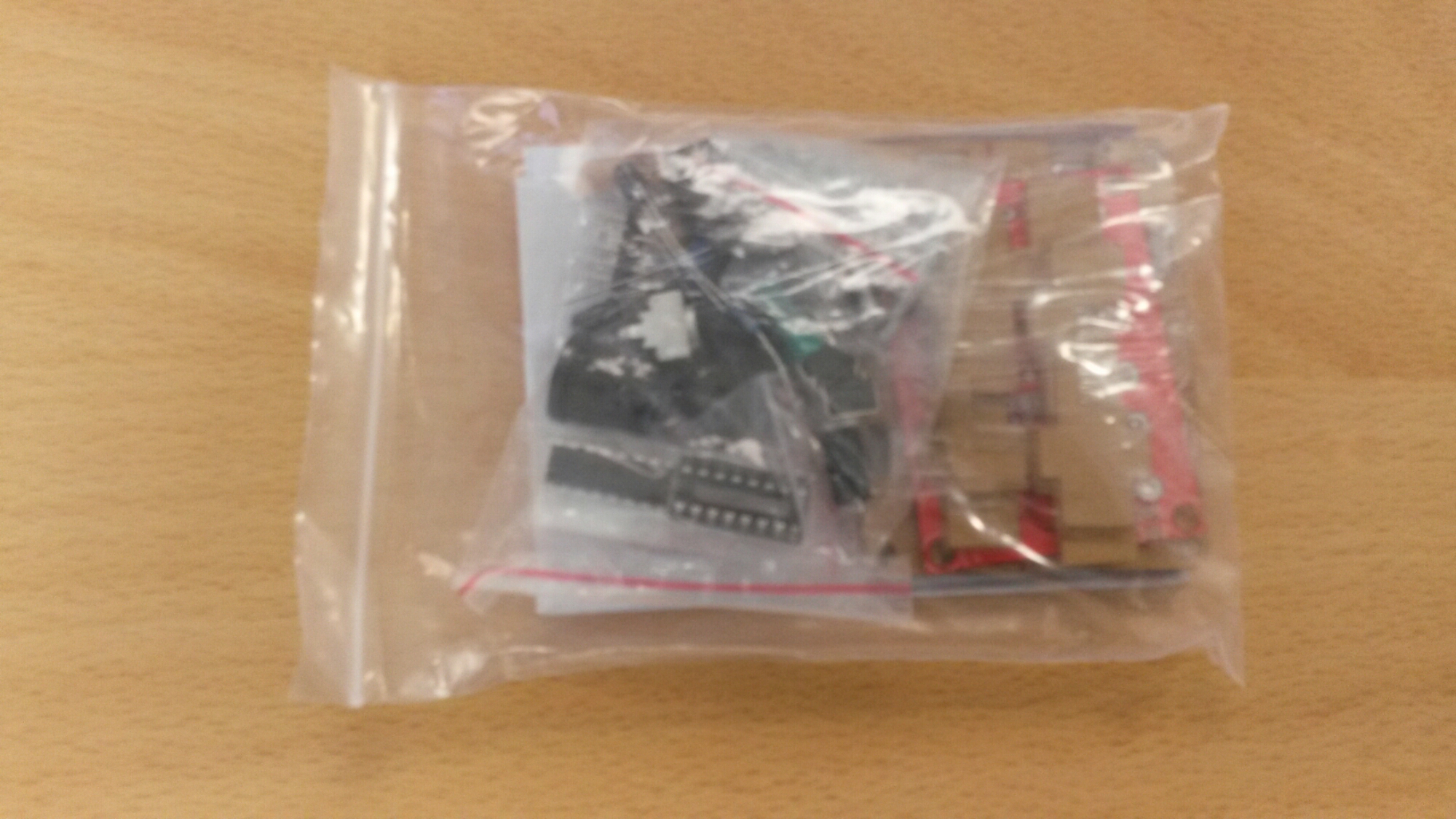 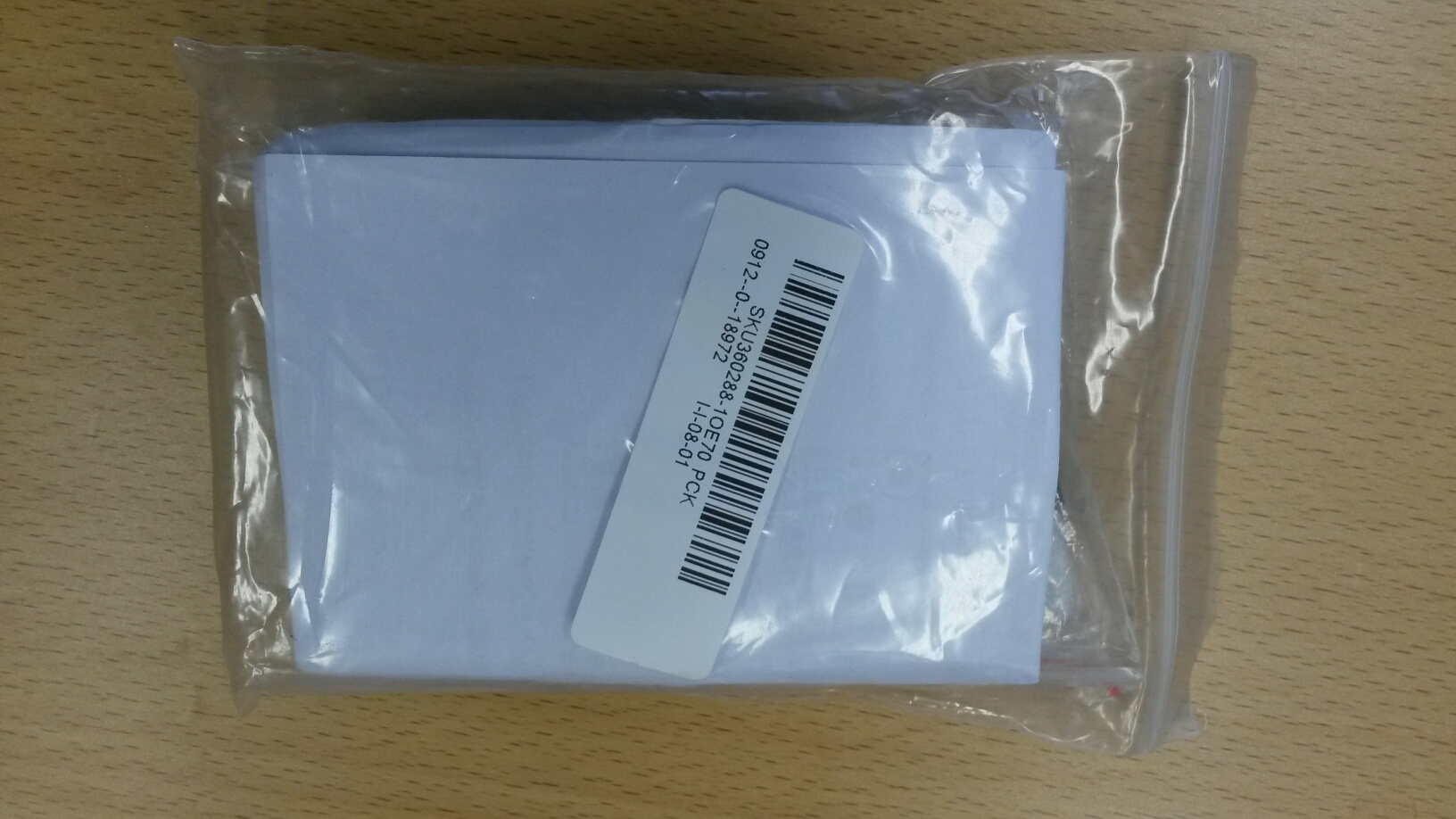 Kit came with instructions that had full circuit diagram. 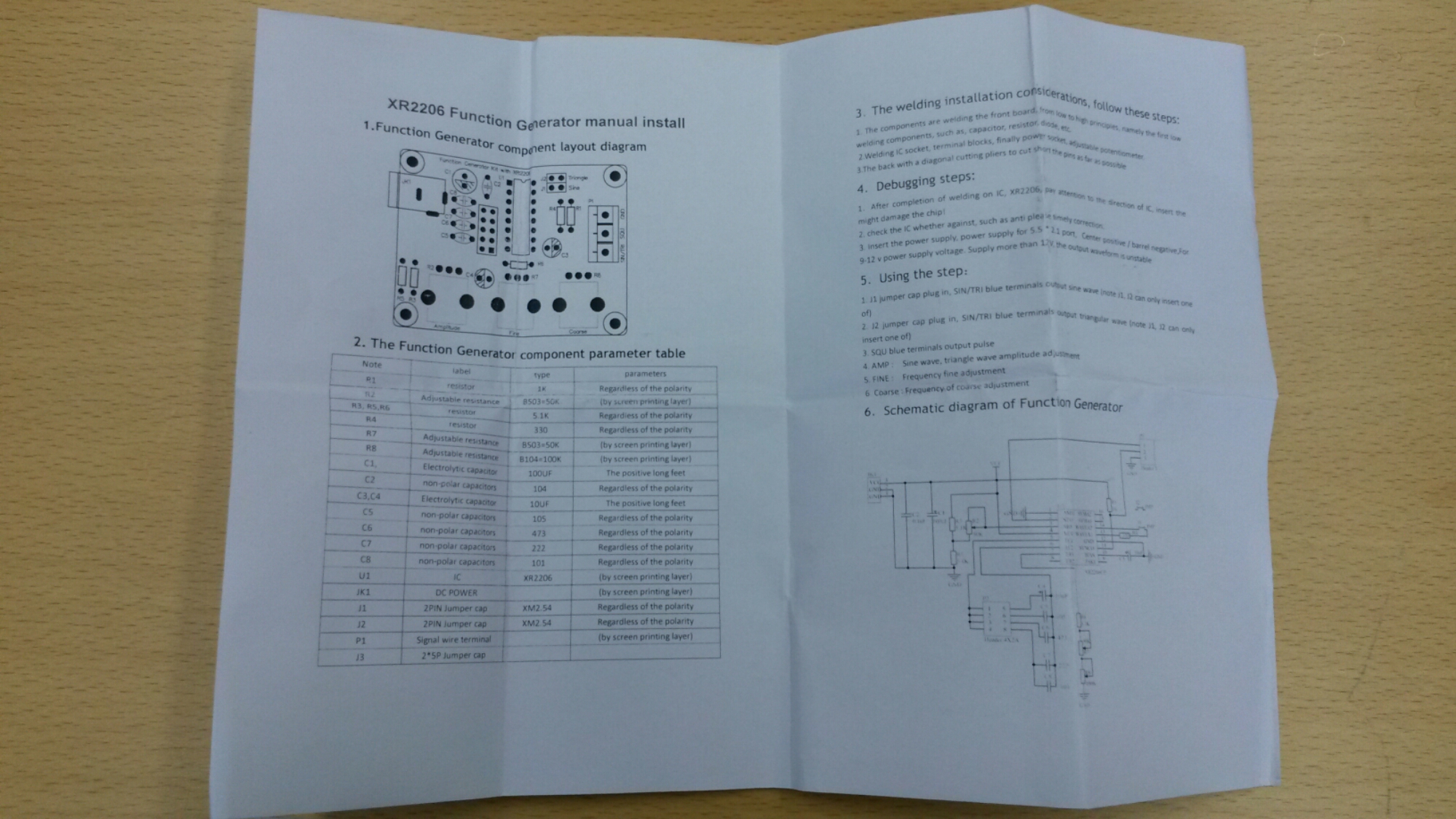 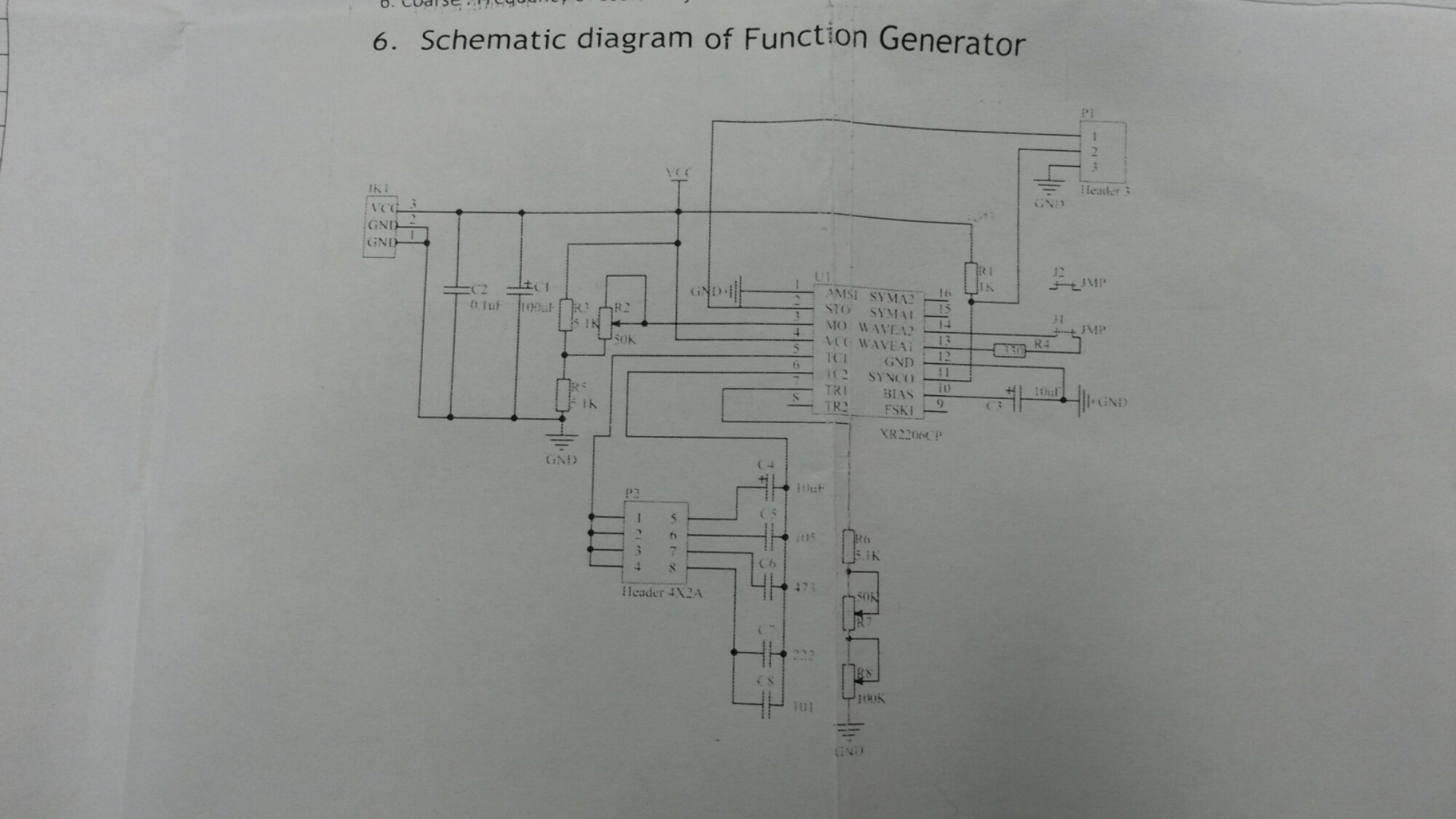 Board seemed to be of decent quality. 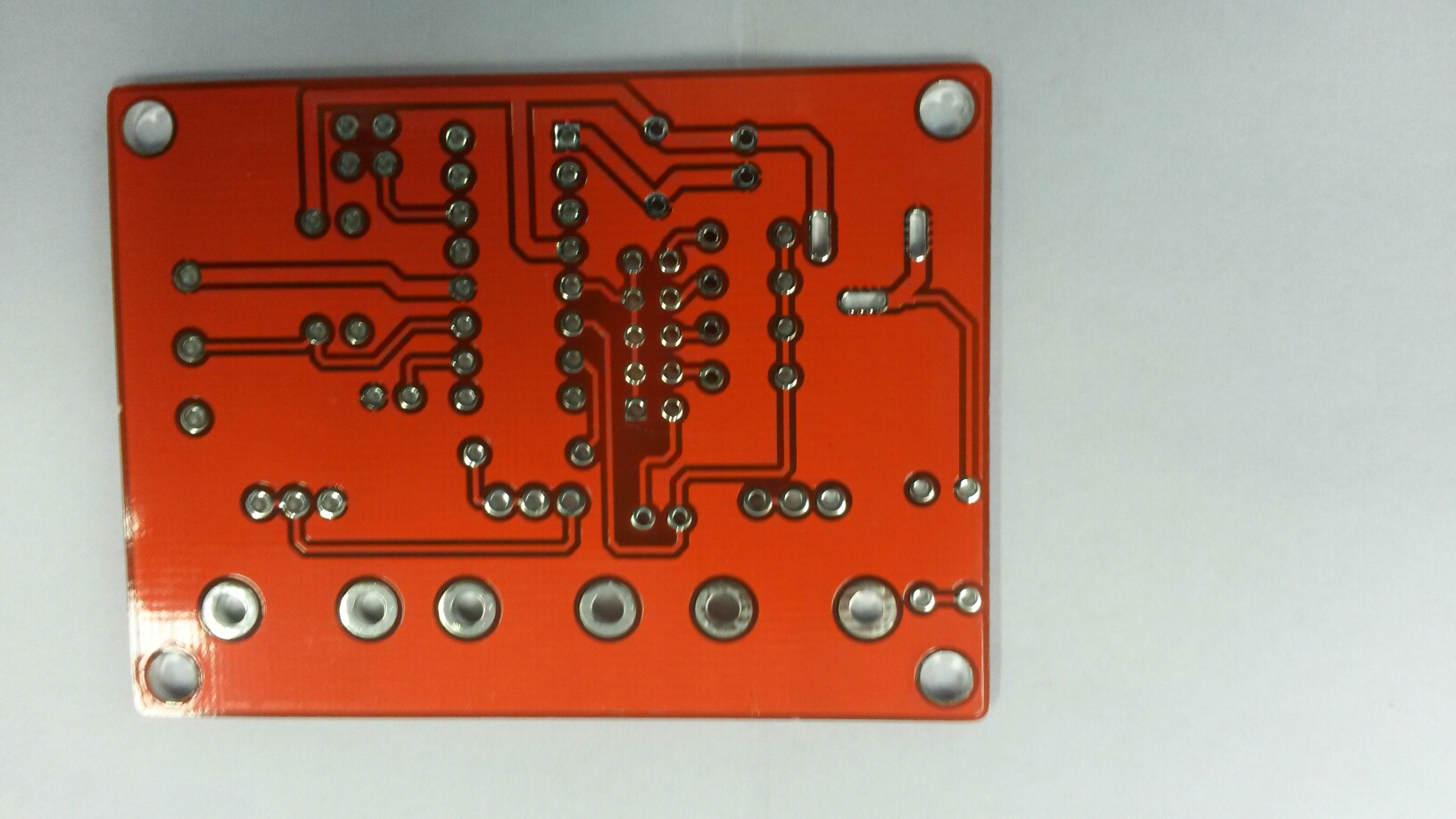 Next task was to add components to the board. The components were in their own plastic bag. 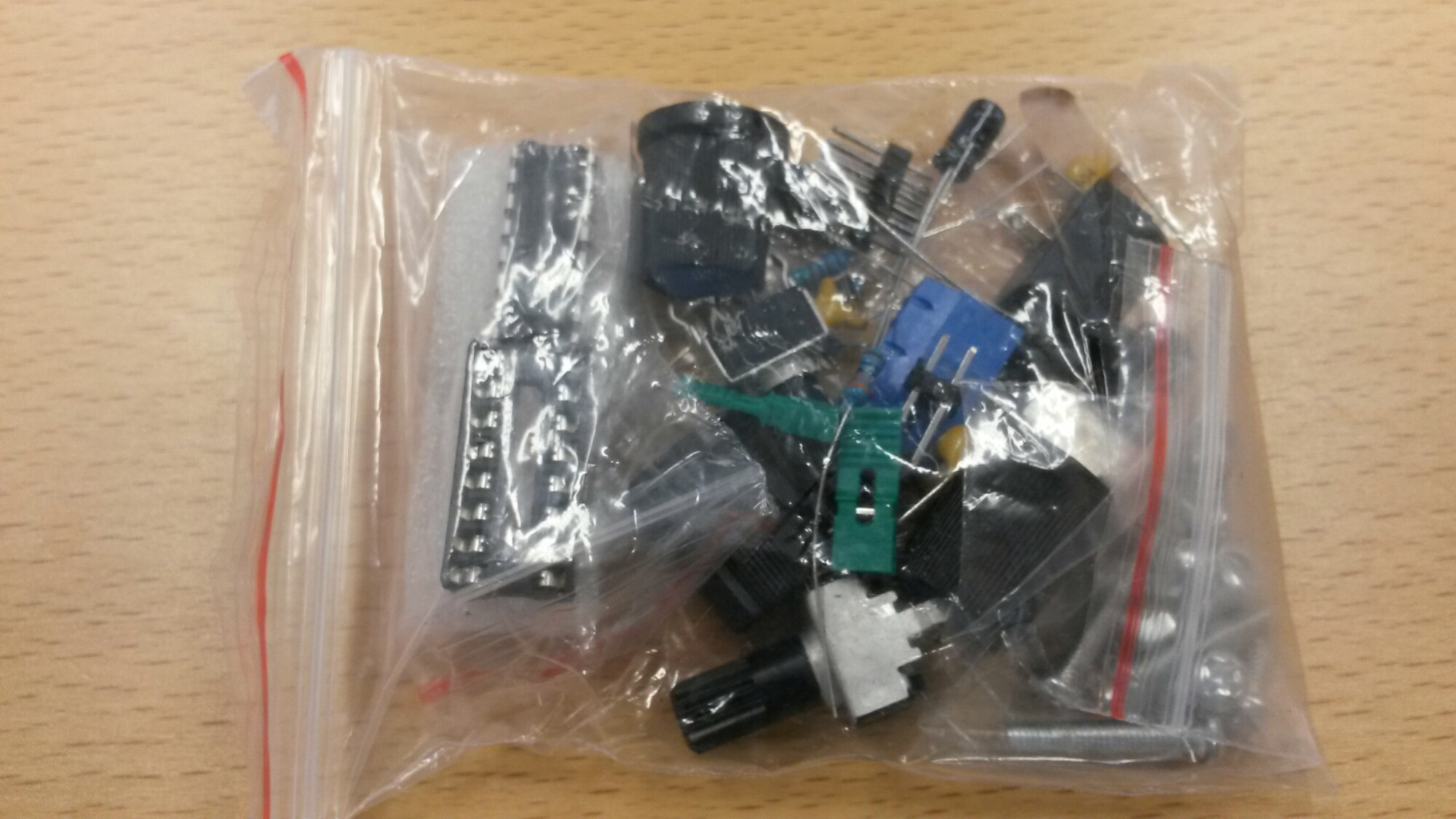 Next task was to built board. It means putting the components to the right places on the board and soldering them. There was some confusion on the instructions over the electrolytic caps (do not go by the photos) the hashed marking is negative corresponding to the negative bar on the cap. After some looking it was clear that the shaded areas of the electrolytic capacitors on the PCB are connected to ground (minus). 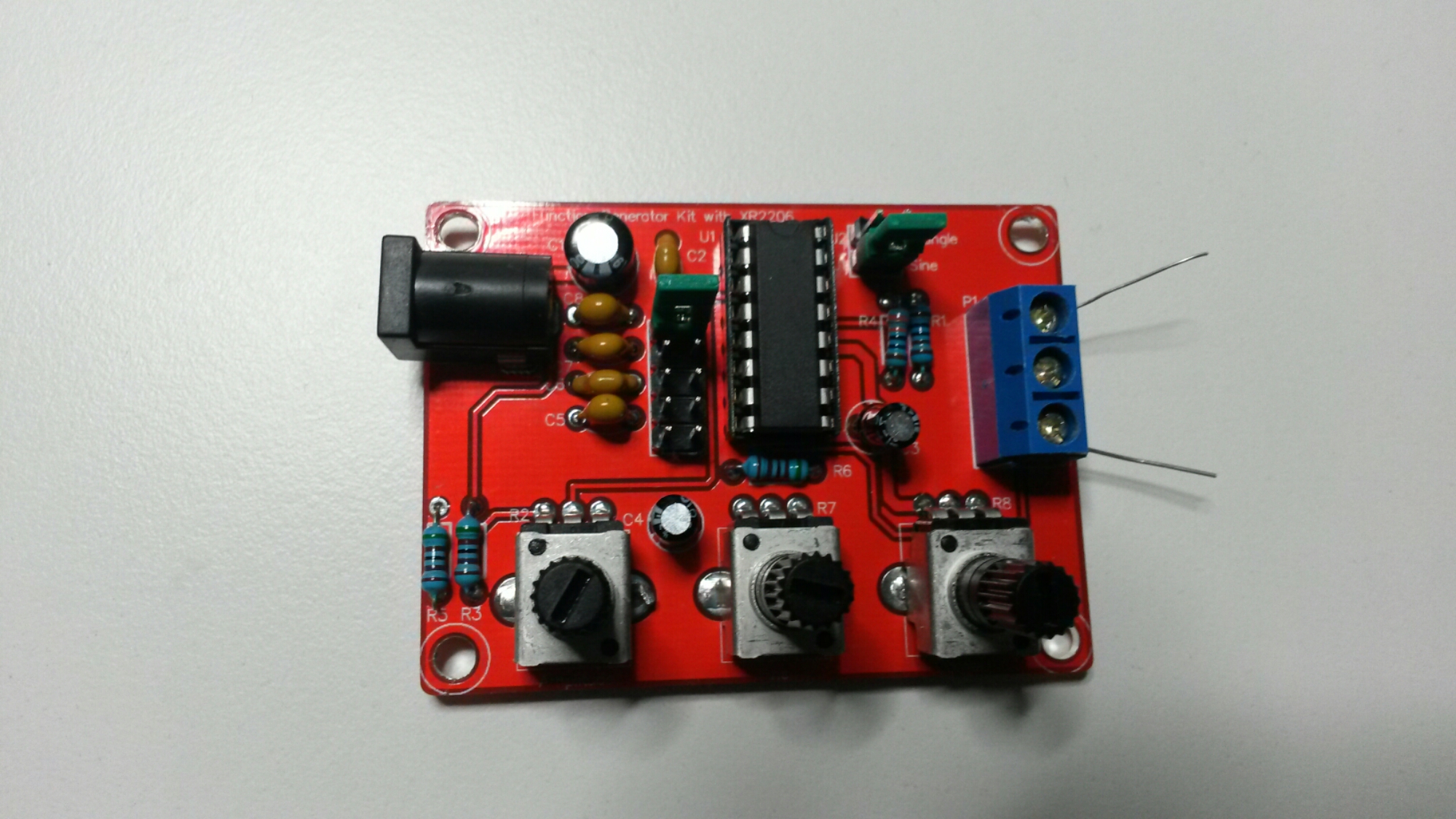 The case came in parts that look like they are laser-cut acrylic plastic with protective film. 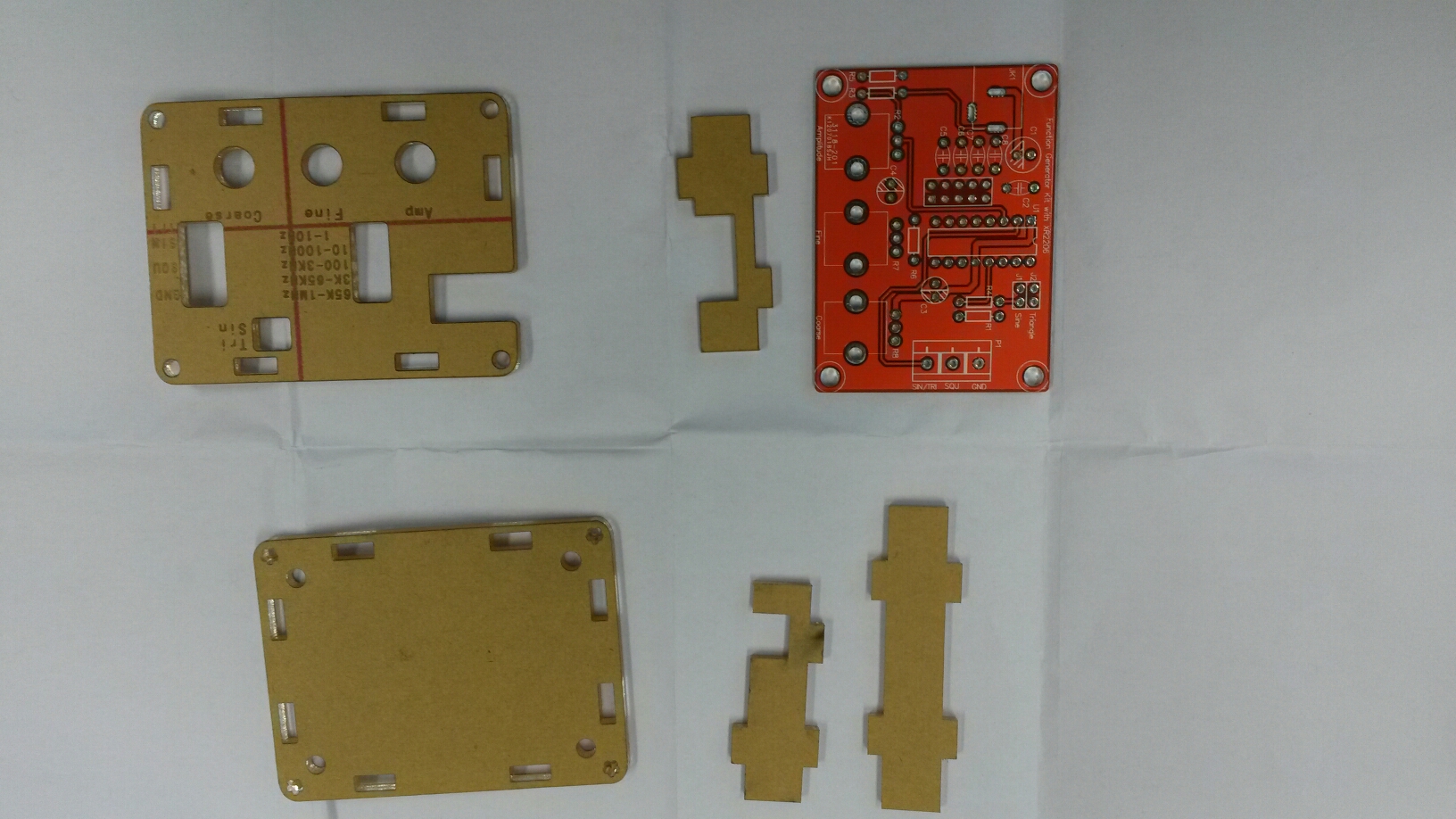 Next picture shows the ready case. The package has 8 screws, but I only needed half of them:  The four small screws are not needed as the assembled case holds everything tightly.

The original case was planned to be transparent acrylic case. The plastic has protective film on both sides of it, that was designed to be removed when building the case. I somehow liked the look of the protective film, and instead left the film in place to get this look. 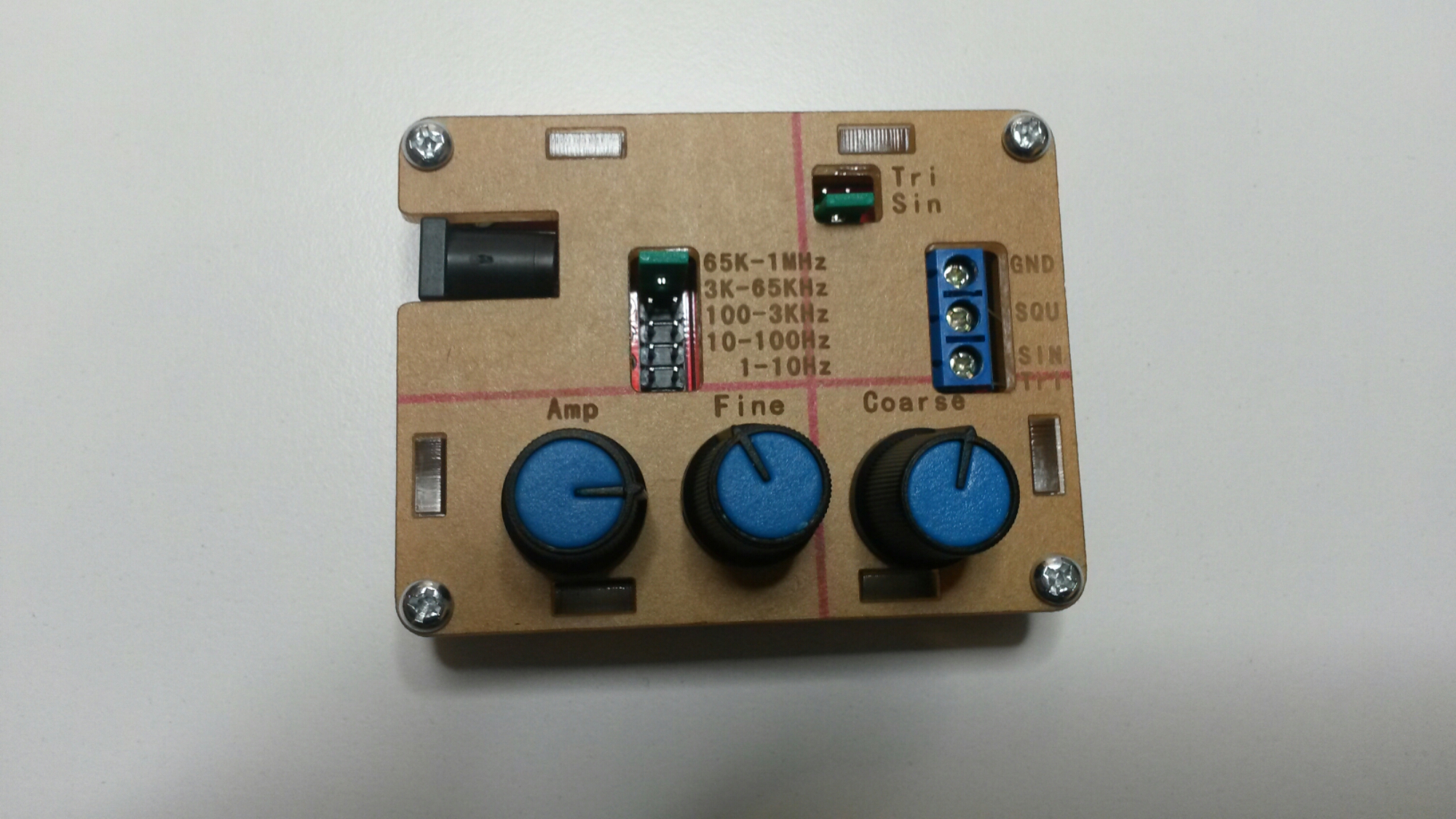 Nice, small, uncomplicated function signal generator. It is cheap and simple but worth the money.

Can be recommended for soldering practice, learning, and DIY applications. Good addition to a lab.

As mentioned on some product comments, there is instability above 12 volts which I will investigate as the function generator IC should work up to 26 volts by the datasheet.

Signal (sine wave) can be adjusted from around 0.5Vpp to 4Vpp (higher than that settings distort waveform).

The sine wave signal is a around 4.5V DC potential.