Electronics gadgets should be more repairable than today. 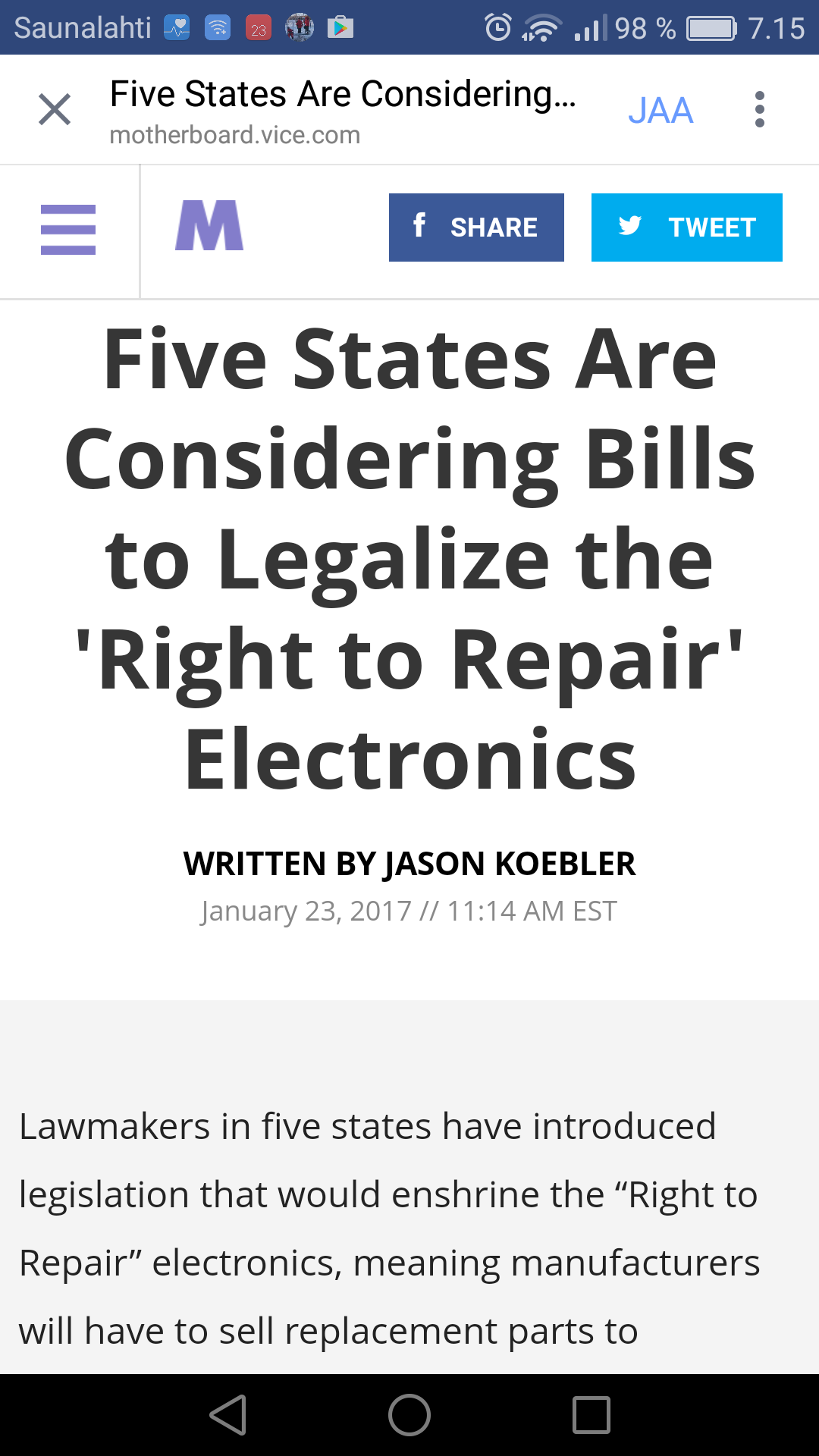