Gartner has published a new magic quadrant for infrastructure-as-a-service (IaaS) – the results should not be surprising to anybody. Consider this posting as update to my previous cloud market posting few years back. Here is reporting on newest cloud market trends from two sources:
Gartner puts AWS, Microsoft Azure top of its Magic Quadrant for IaaS | ZDNet

Amazon Web Services (AWS) and Microsoft Azure dominate the infrastructure-as-a-service field, according to Gartner, which released its IaaS Magic Quadrant.

However, Google Cloud is emerging as a key challenger. 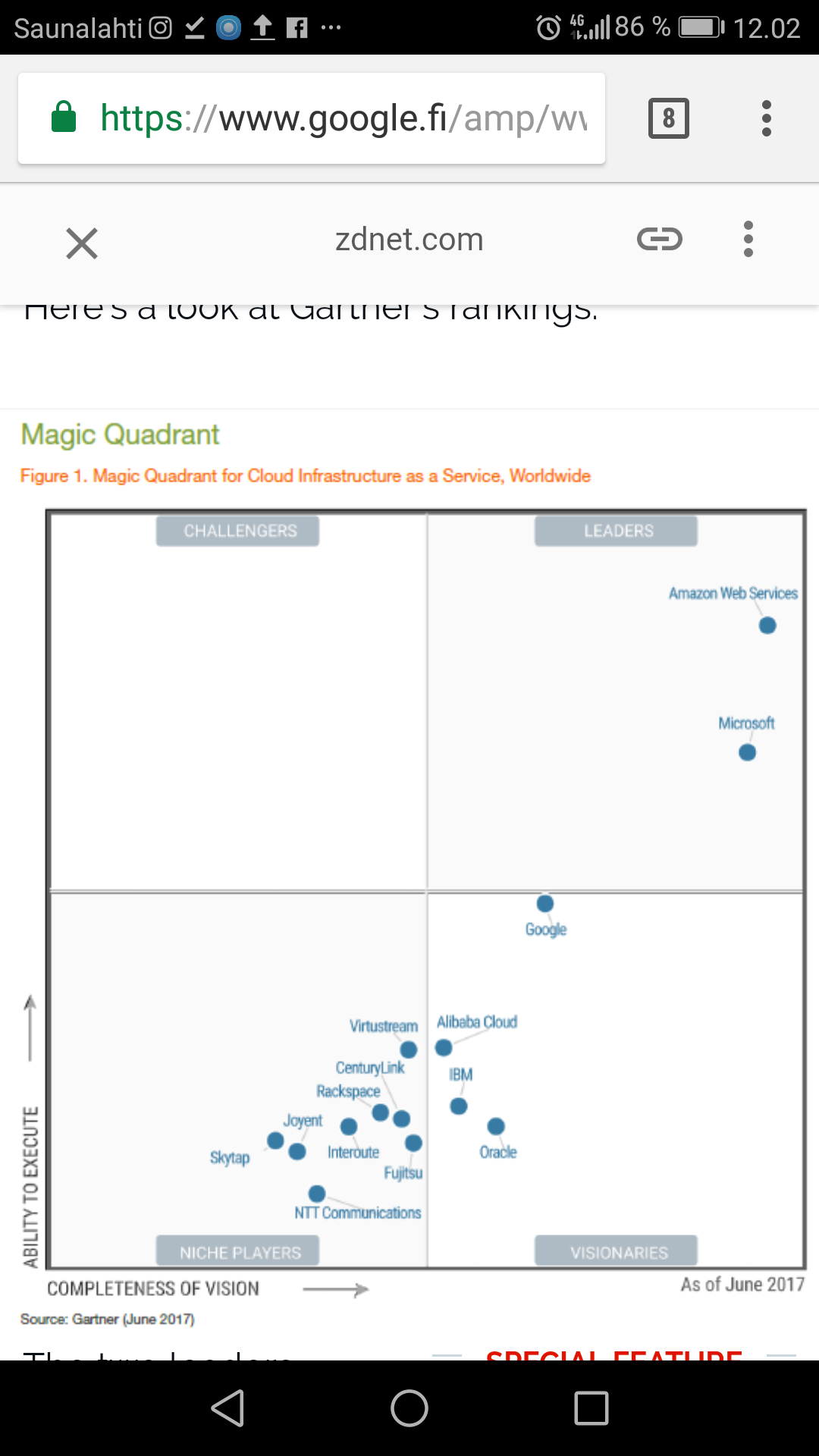 Gartner confirms what we all know: AWS and Microsoft are the cloud leaders, by a fair way

Paranormal parallelogram for IaaS has Google on the same lap, IBM and Oracle trailing