This looks interesting. By now it’s crystal clear to just about everyone that the password is a weak form of authentication but used a lot. Today, two standards bodies, FIDO and W3C announced a way that looks better, a new password free protocol for the web called WebAuthn. The major browser makers including Google, Mozilla and Microsoft have all agreed to support. The system uses an external authenticator such as a security key or you mobile phone. Unfortunately WebAuthn is not quite ready for final release just yet. 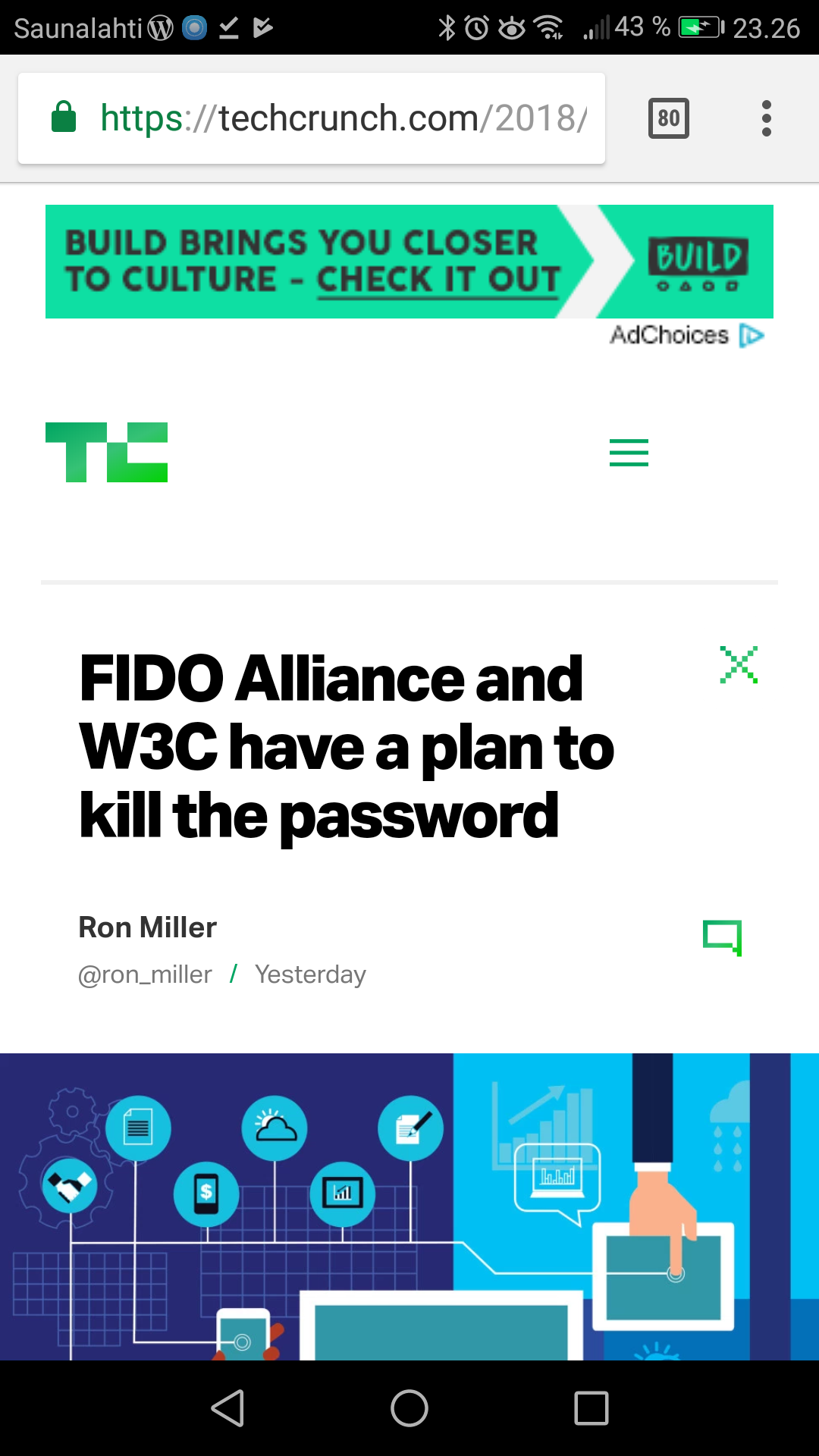