https://blog.paessler.com/investments-in-iot-security-are-set-to-increase-rapidly-in-2018
The two biggest challenges in 2018 will continue to be protecting against unauthorized access, and patching/updating the software of the device. Companies must not neglect the security problems of IoT and IIoT devices. Cyberattacks on the Internet of Things (IoT) are already a reality.

According to Gartner‘s market researchers, global spending on IoT security will increase to $1.5 billion this year. 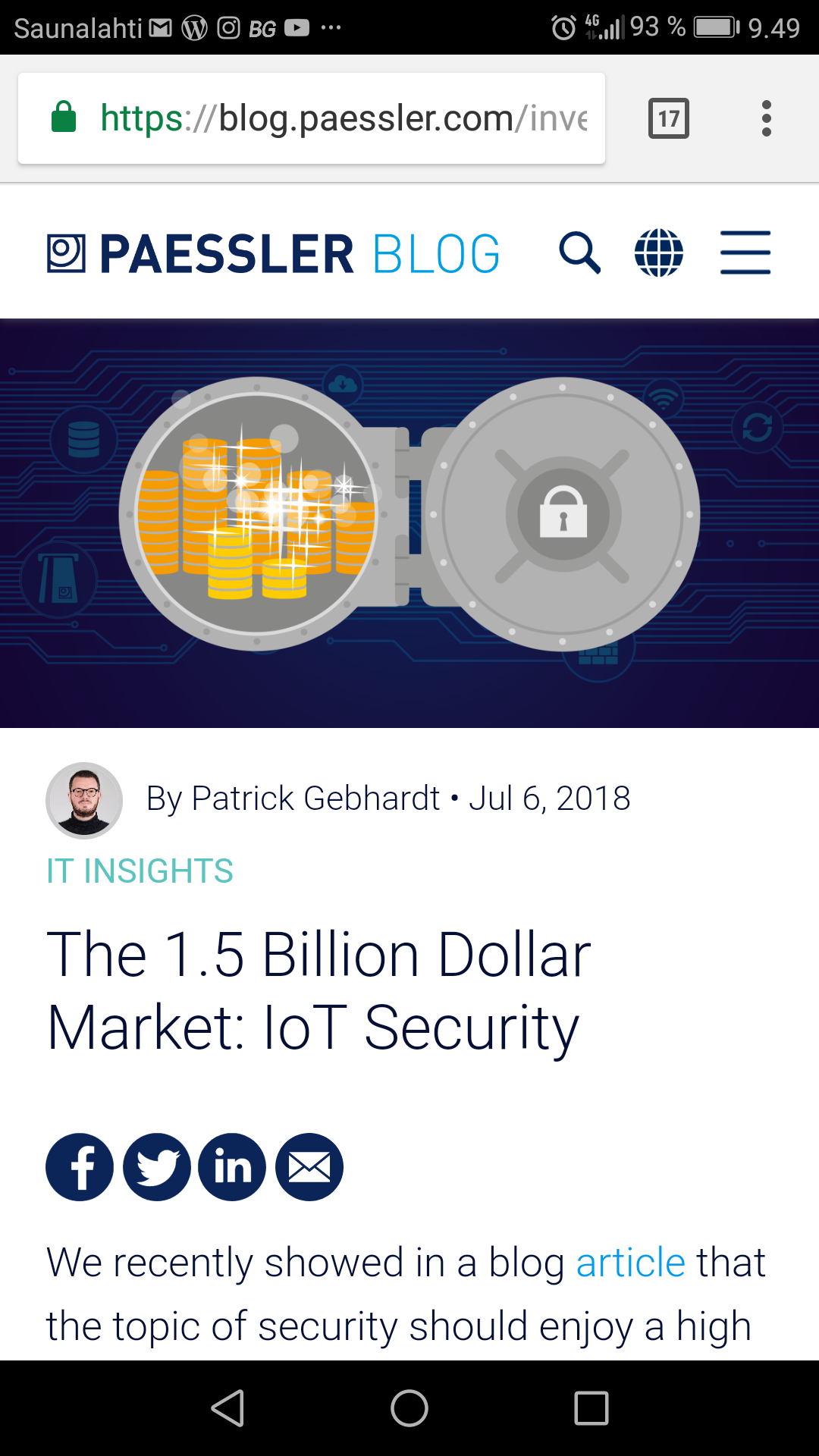