Google (GOOG) has begun operating a data center in Belgium that has no chillers to support its cooling systems. Google’s Chiller-less Data Center is an article that describes Google elimination of chillers in its data center in Belgium. The facility relies entirely on free air cooling. The maximum temperature in Brussels during summer is lower than the temperature Google maintains their data centers. If it for some strange reason gets too hot, Google shuts down the center and shifts the workload elsewhere. This approach makes local weather an issue in network management. The ability to seamlessly shift workloads between data centers also creates intriguing energy management possibilities. 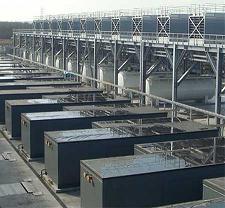