I wrote in the beginning of the year 2012 a blog article Electronics technologies for 2012 that tried to predict trends for year 2012. Now when year 2013 has started here is my aftermath how well my article predicted last year. So here are my comments on how well the predictions went. I use symbol + if prediction was was right, – if it was wrong, +- if partially right, ? if I don’t know the answer. Here are most important predictions and how they went:

Product engineering organizations face the incredible challenge of ever shrinking market windows for innovation in 2012. Due to globalization, increasing competition and rapidly changing technology, there are many risks and uncertainties facing the new product development path.

+- There has been market changes. Due economic reasons market demand seems to be slowing down in many areas. Slowing sales cause more problems than worrying on shrinking market windows for innovation.

+ Tablets, and smartphones sold very well.
- For other product categories not so well.

+ This really happened and trend continues this year.

+ Smart TVs and services to them pushed very much to the market.
+ Car is becoming a smart appliance.
- Other smart home appliances have not yet had their break-through moment yet.

IPv6 is becoming more important. One of the driving forces behind the move from IPv4 to IPv6 has been low-cost embedded devices, which are going online at an accelerating pace

+ IPv6 is becoming more important but it still takes time to go mainstream.

+ Consumer product innovations are starting to meet the medical industry in good and bad.

App Servers and Lua Scripting Speed Rich Web Applications for Small Devices article tells that with ever more smart devices connecting to the web, even small embedded devices must be able to serve up rich graphical presentations of the data to satisfy user expectations.

+ User expectations rise. User wants to see rich graphical presentation on the terminal device they want to use (let it be PC, tablet or smartphone).

We’re on the cusp of an era that offers better-than-ever display technologies for an excitingly immersive viewer experience.

+ Display resolutions increase and picture quality gets better. TV technologies try to get a new boom with new technologies like 4K displays.

+ ARM has really stepped to mainstream. 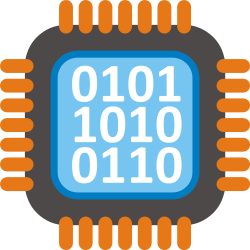 Chip sales flat in 2011, will grow (a wee bit) in 2012 article tells that the prognosticators at Gartner have ranked the chip makers of the world by 2011 revenue and are calling the market for 2012, with a reasonably upbeat forecast for next year’s chip sales

- Not too much upbeat.

There are also some more optimistic predictions for chip sales.

+- Optimism in mobile devices happened. Other areas were not that good. PC sales were disappointment.

EDN magazine writes in PC boards: Materials and processing are now a hot technology article that exotic substrates and fabrication methods are now commonplace. A dozen layers, thick copper, fine lines, and buried vias are just the processing side of the modern high-tech PCB.

+ Technologies that were exotic are more and more become commonplace.

EDA industry predictions for 2012 mentions that 28-nm design starts will increase by 50% in 2012 and more people will be dabbling with 20 nm. The increased design sizes and complexity will create all kinds of pressure in the verification and test fields.

The rise in fake parts is also contributing to engineers’ fears that their products will be corrupted. Counterfeit electronic components were big issue in 2011, and the problem does not go away this year.

+ Counterfeit parts was a growing problem.

EDA industry predictions for 2012 mentions a trend, and one that has been going on for some time, is a continued migration of functionality from hardware to software.

+ Software has become increasingly important part in products. More and more functions are performed on software.

Product Lifecycle Management (PLM) tools are taking product design to the next level (especially in automotive, aerospace, and defense).

?? This Product Lifecycle Management issue was talked a lot about how much used outside biggest companies?

The prototype comes of age article tells that a radical change is about to happen in the typical development of an electronic system. The hardware-development flow will no longer be the center around which everything else revolves.

‘KISS’ Among Engineers’ Top 2012 Concerns article tells that Rich Merritt agrees that we’ve forgotten the KISS principle especially in automation sector. “We’ve made everything so complicated, complex, and convoluted that we’ve entered the age of ‘transoptimal engineering,’ ” he says. “That is, things are so advanced and have so many features, they don’t work anymore.”

In addition to this there are security concerns: Stuxnet targeted controllers, and made engineers realize that factories aren’t immune to security threats.

+ Scada security issues were talked a lot. Recent attacks have shown to many people that factories aren’t immune to security threats.

How do you manage the Internet of you? article claims that electronics has gotten to the point (in the consumer space) where the only innovations are the mundane, the enhancements, the extensions.

+- Many things nowadays are just enhancements and extensions.