A crippling flaw in a widely used code library has fatally undermined the security of millions of encryption keys used in some of the highest-stakes settings, including national identity cards, software- and application-signing, and trusted platform modules protecting government and corporate computers. The weakness allows attackers to calculate the private portion of any vulnerable key using nothing more than the corresponding public portion.

The flaw is the one Estonia’s government obliquely referred to last month when it warned that 750,000 digital IDs issued since 2014 were vulnerable to attack.  Last week, Microsoft, Google, and Infineon all warned how the weakness can impair the protections built into TPM products. 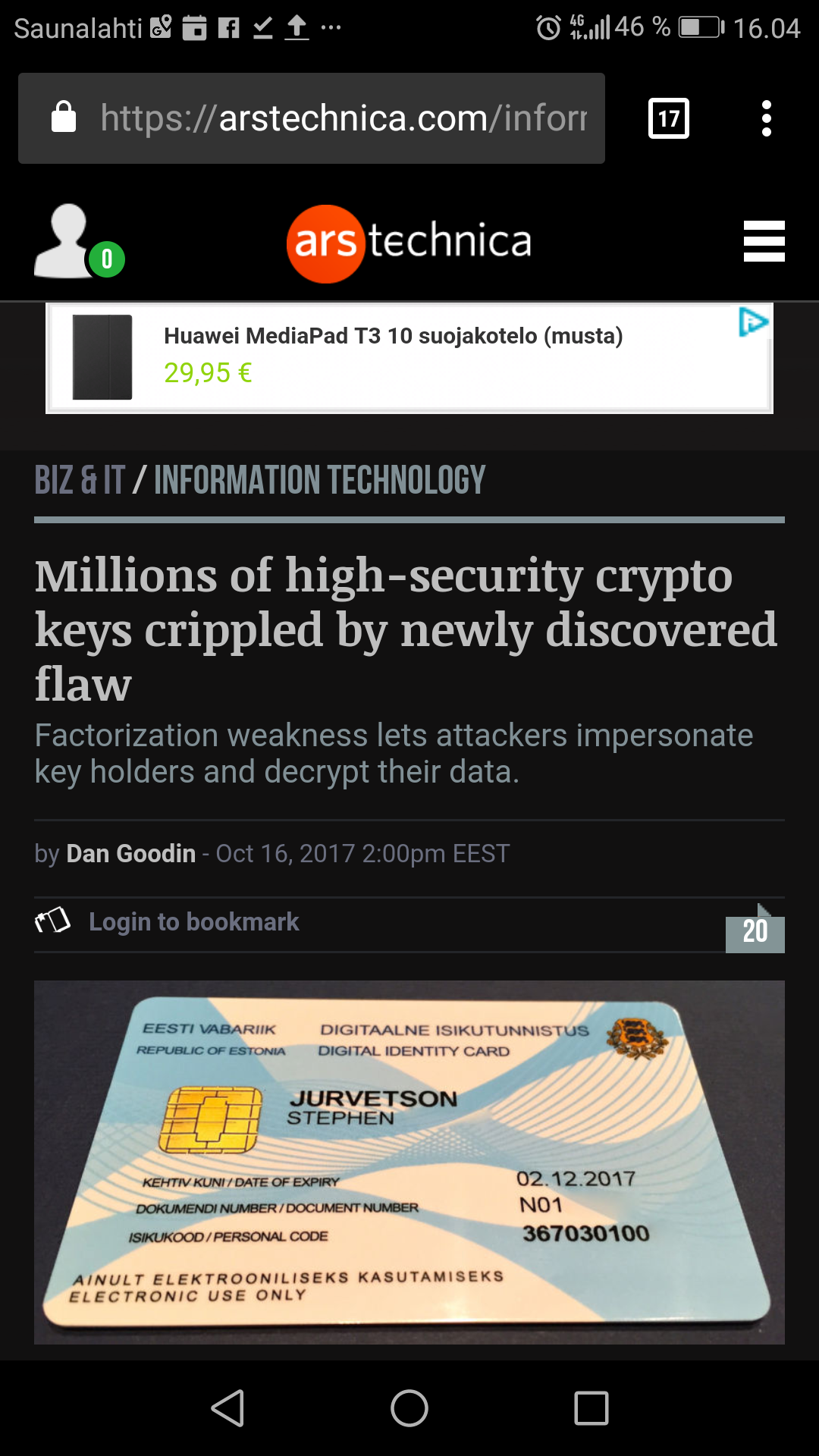