Pollution is killing up to 9 million people every single year across the planet. This unnatural phenomenon is responsible for one-in-6 deaths worldwide, more deadly than anything else, including natural disasters, famine, and war. Air pollution is the most serious issue: it accounted for two-thirds of all pollution-related deaths in 2015. Drinking water was second on the list.

“Pollution is the largest environmental cause of disease and death in the world today,” 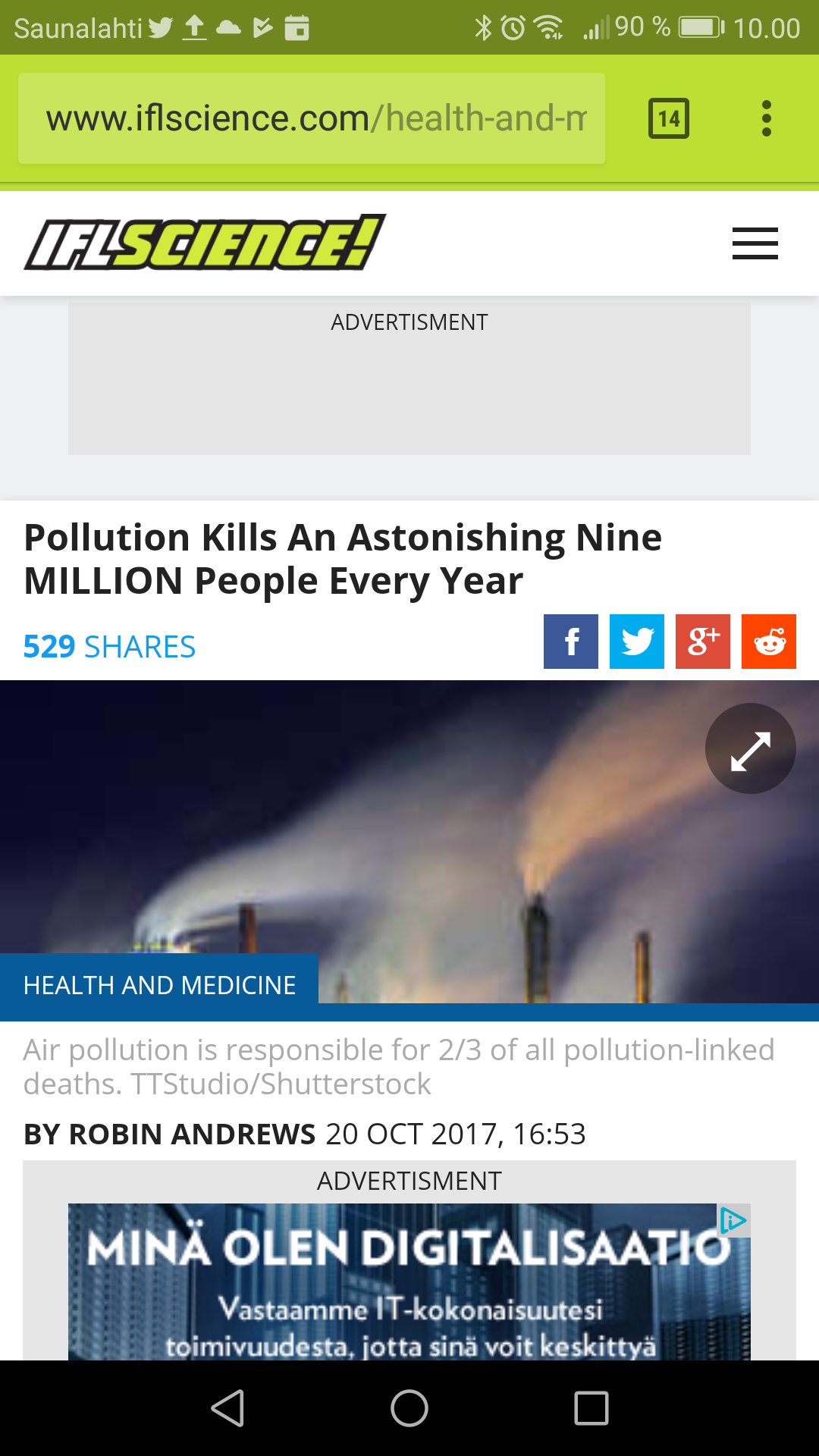