“All 500 of the world’s fastest supercomputers are running Linux”

Linux rules supercomputing. This day has been coming since 1998. Before Linux took the lead, Unix was supercomputing’s top operating system. Now it seems that it will take a hardware revolution, such as quantum computing, to shake Linux’s supercomputing grip.

To this day, the Beowulf design remains a popular, inexpensive way of designing supercomputers. 102 of the Top500 are using now using GPU accelerator/co-processor technology. 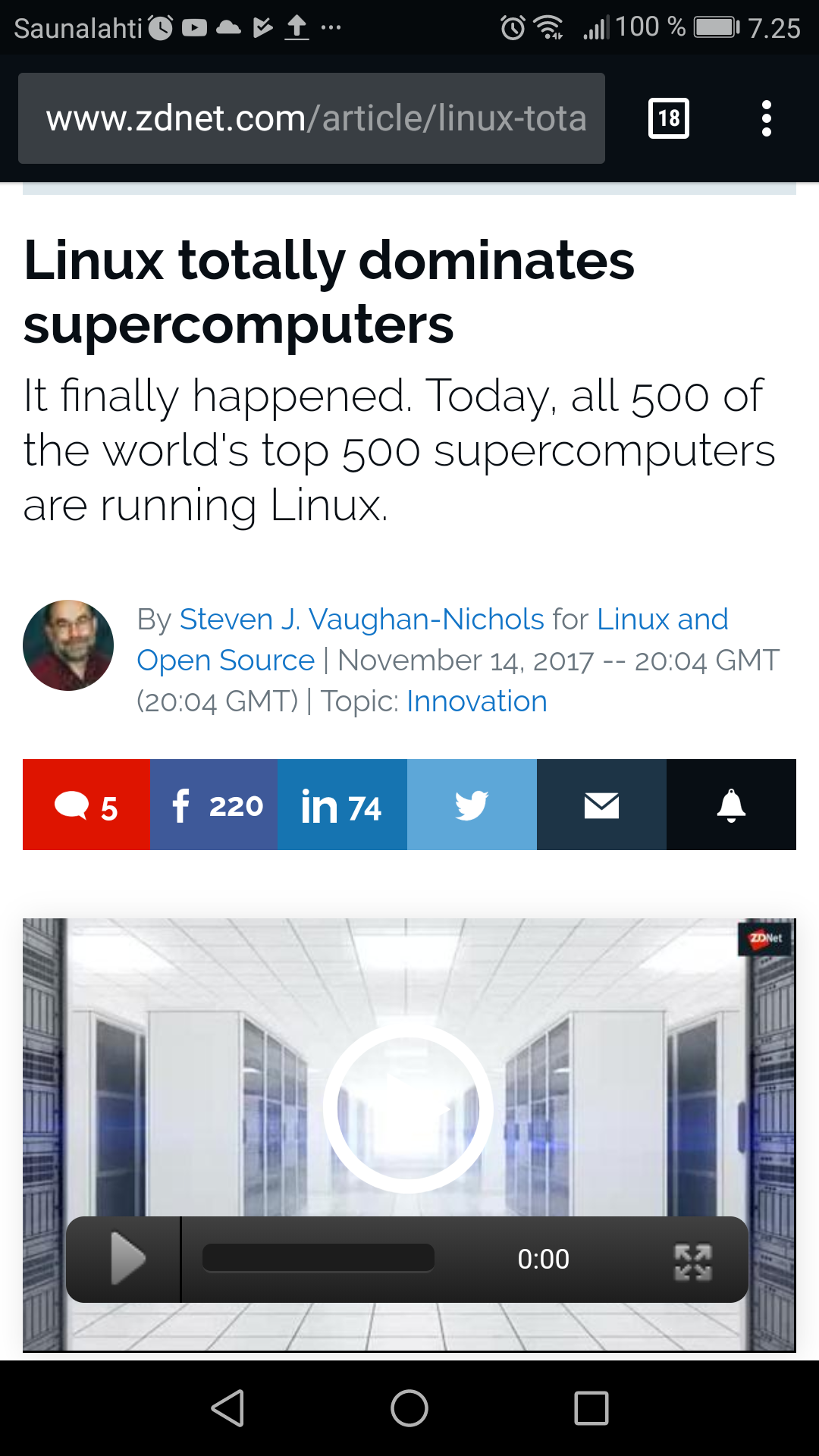