A circuit breaker is an automatically operated electrical switch designed to protect an electrical circuit from damage caused by excess current, typically resulting from an overload or short circuit.

Its basic function is to interrupt current flow after a fault is detected. In small mains and low voltage circuit breakers, fault current is usually done within the device itself. Typically, the heating or magnetic effects of electric current are employed. Stotz’s invention (patented by Brown, Boveri & Cie in 1924) was the forerunner of the modern thermal-magnetic breaker commonly used in household load centers to this day. Thermal magnetic circuit breakers, which are the type found in most distribution boards, incorporate both techniques with the electromagnet responding instantaneously to large surges in current (short circuits) and the bimetallic strip responding to less extreme but longer-term over-current conditions. 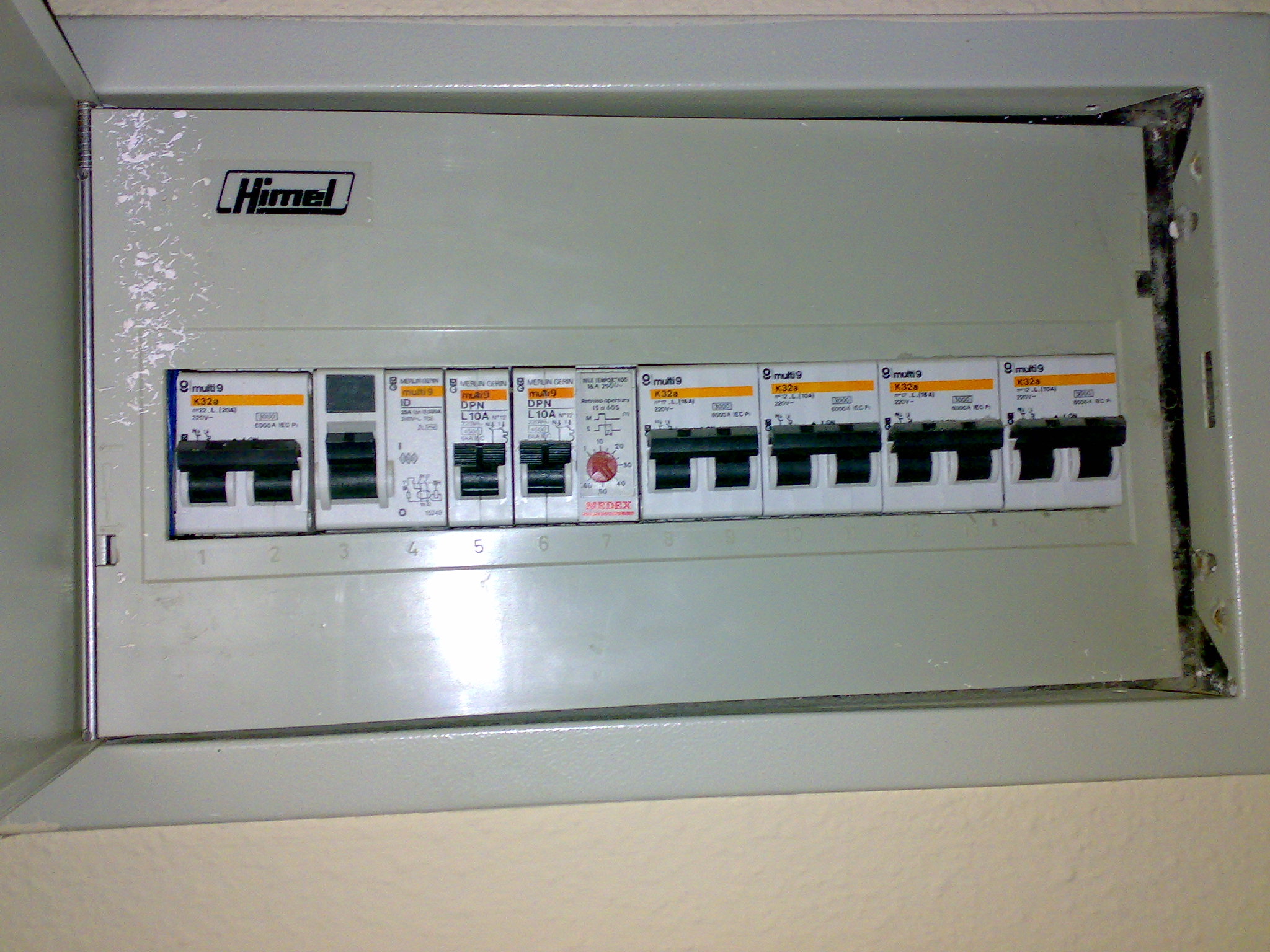 This type of circuit breakers are labeled with the rated current in amperes, preceded by a letter, B, C, or D, which indicates the instantaneous tripping current — that is, the minimum value of current that causes the circuit breaker to trip without intentional time delay. When supplying a branch circuit with more than one live conductor, each live conductor must be protected by a breaker pole in “common trip” breaker.

The voltage loss is not typically issue on normal mains voltages, but when circuit breakers are used in low voltage applications, this needs to be taken into account (lower the current rating, typically more internal resistance and voltage loss at full load).

How it Works MCB

Circuit Breakers – How they Work, What’s Inside

How to Replace a Circuit Breaker By: Everything Home TV

Difference between MCB and MCCB