Friday Fun: All The Simpsons Predictions That Came True | Time

http://time.com/4667462/simpsons-predictions-donald-trump-lady-gaga/
With 28 seasons and counting on the air, The Simpsons is undeniably a television phenomenon. In fact, throughout its more than 600 episodes, creator Matt Groening and his team have been so on top of the country’s cultural pulse, they’ve even managed to predict several major historical events — along with a few less momentous happenings. 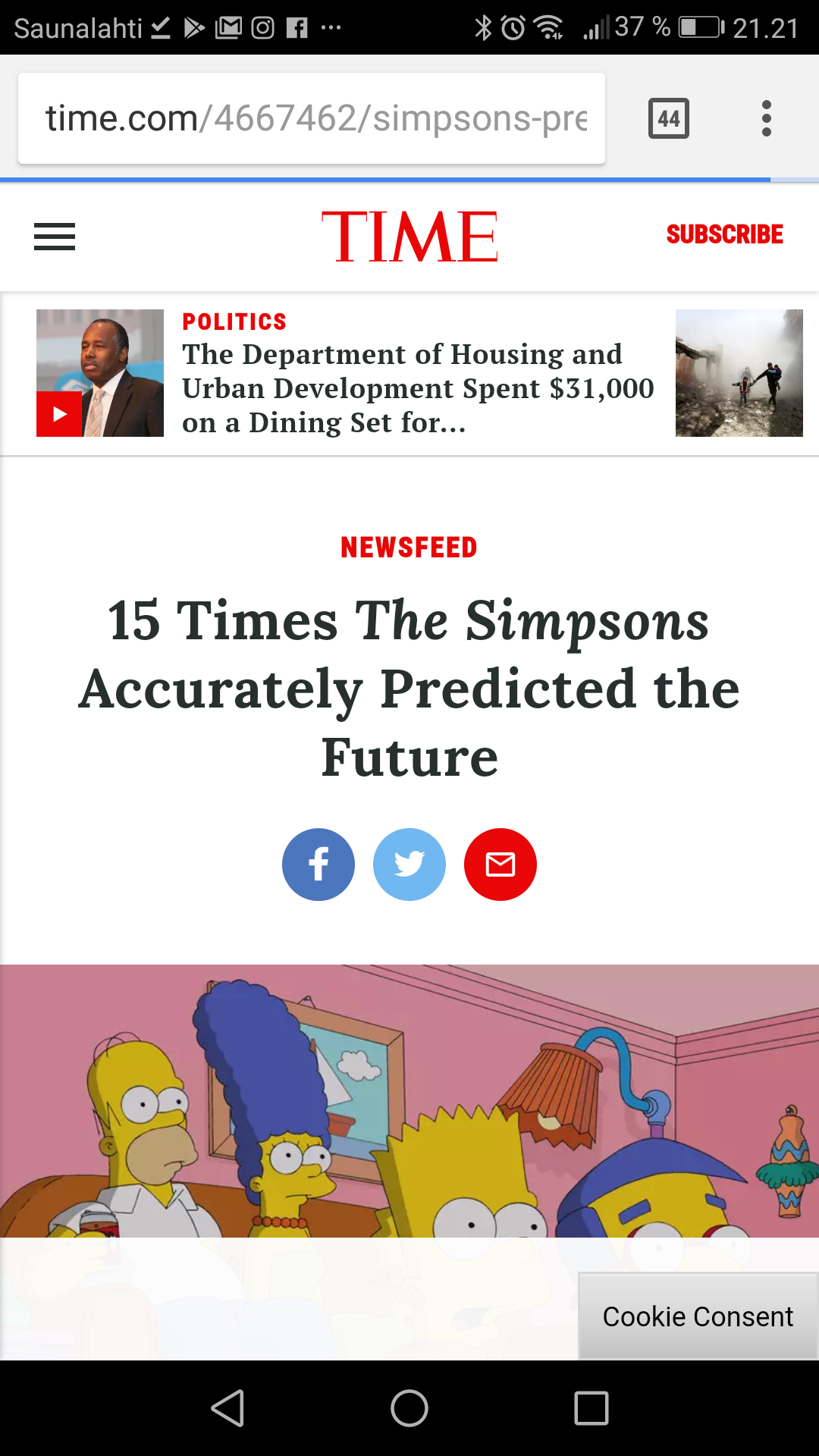