Linking is the foundation of the Web. Links are what empower us to access the greatest collection of human knowledge.
Outdated media publishers are successfully lobbying all over the world to restrict linking on the Internet.

Tell decision-makers that you oppose regulations that aim to censor links. One service that you can use for this is https://savethelink.org/

It is urgent to get this message to EU decision makers so that they don’t end up breaking the Internet as we know it know. 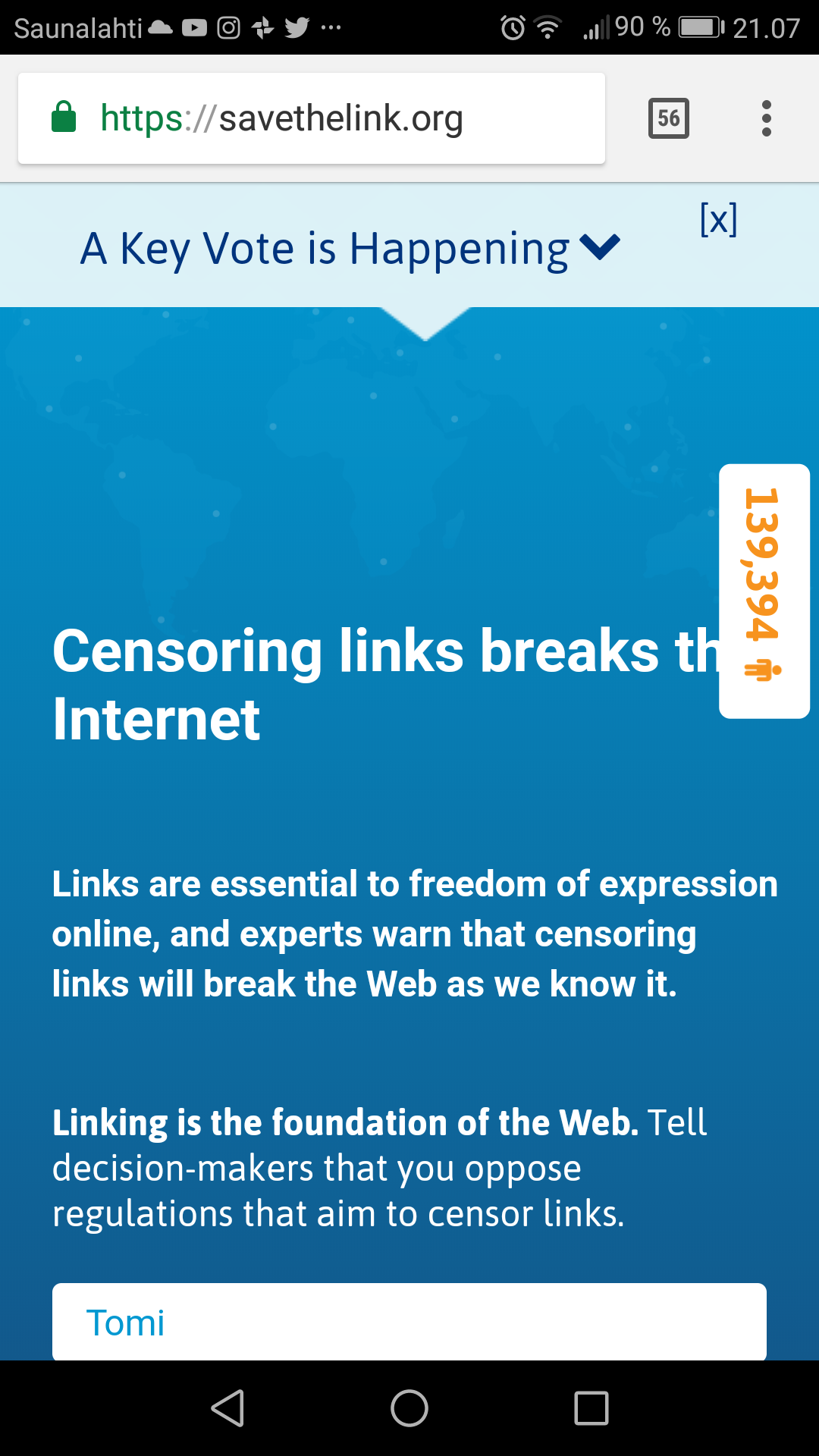