“Varjo Technologies, the Finnish startup that made a splash earlier this year with news it had developed a virtual reality headset capable of “human-eye resolution,” has raised $31 million in Series B funding.”

Based on my personal short experiences with their product last week. It was impressive when I had change to test one of their prototypes last week. I wrote on it to 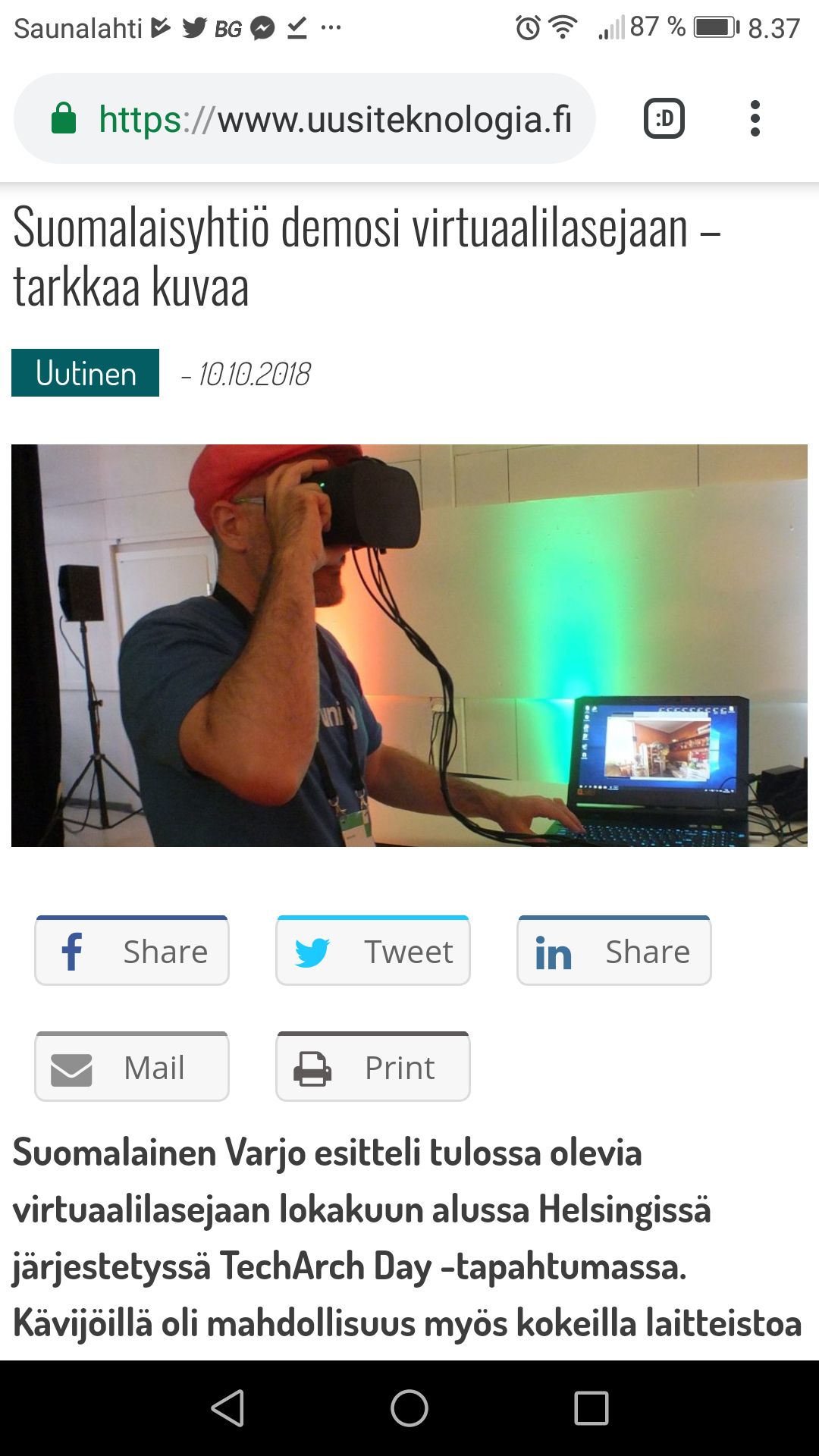 At the same event I saw their tech presentation how they combine two displays to get super high resolution (better resolution than normal eye) to the center of view.