I was on 23.5.2019 at Arrow IoT Summit conference at Helsinki Finland. According to event description: “Arrow IoT Summit brings together companies, top speakers and experts to discuss and develop the Internet of Things in Finland. In addition to inspiring examples and experiences from various fields, the event brings out the best IoT technologies and factors in the industry. The event will include experts’ views on IoT’s topical trends and international keynote speakers.”

Pilgrim Beart (CEO / DevicePilot Ltd.) gave keynote speech “The seven habits of highly effective IoT companies”. According to him, traditional control and monitoring is the first step of IoT, which should be developed to optimize the efficiency of companies through IoT. IoT will not be a mature market for a long time, so it is best to develop the related business through partnerships and collaborative models. 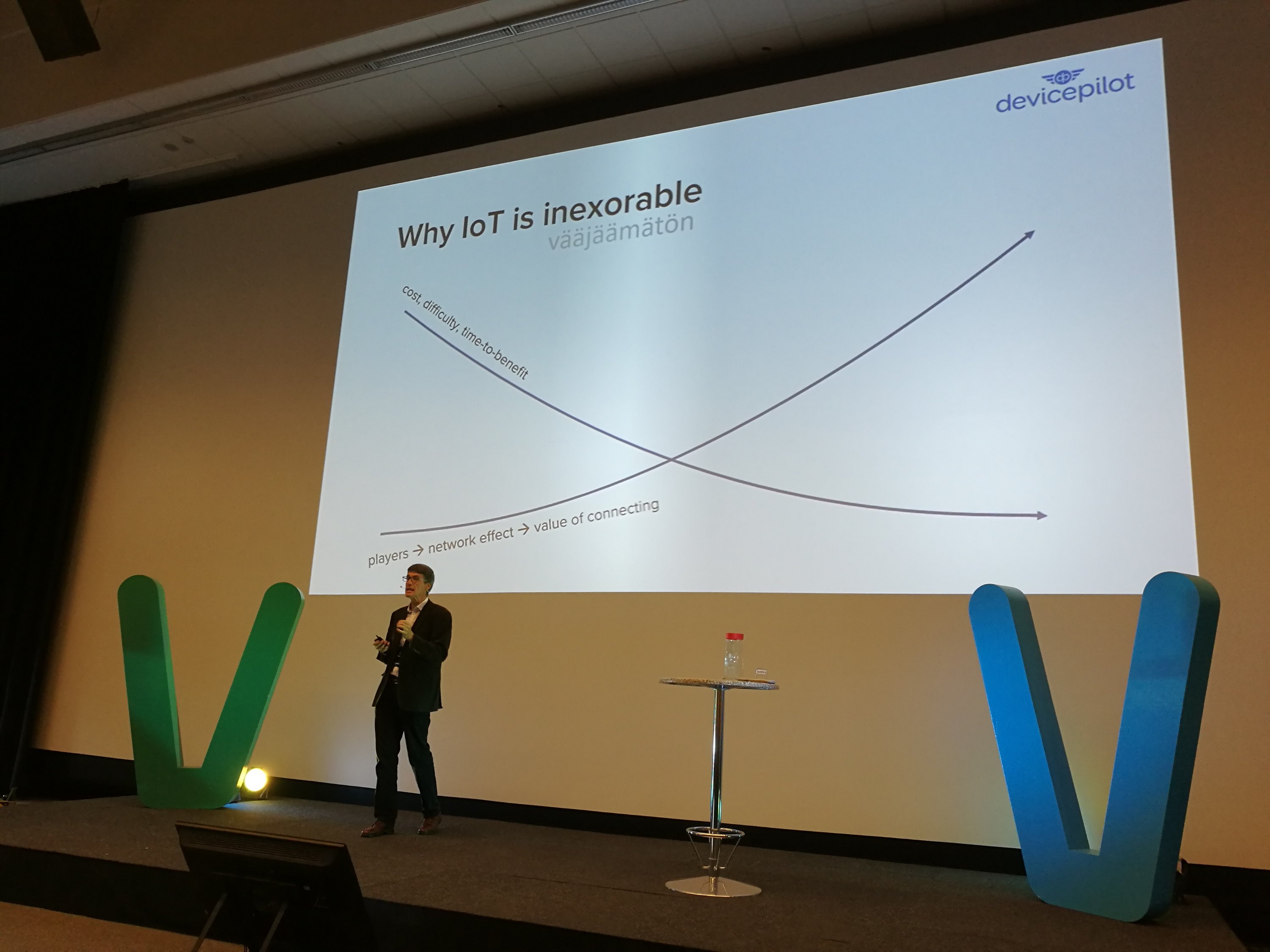 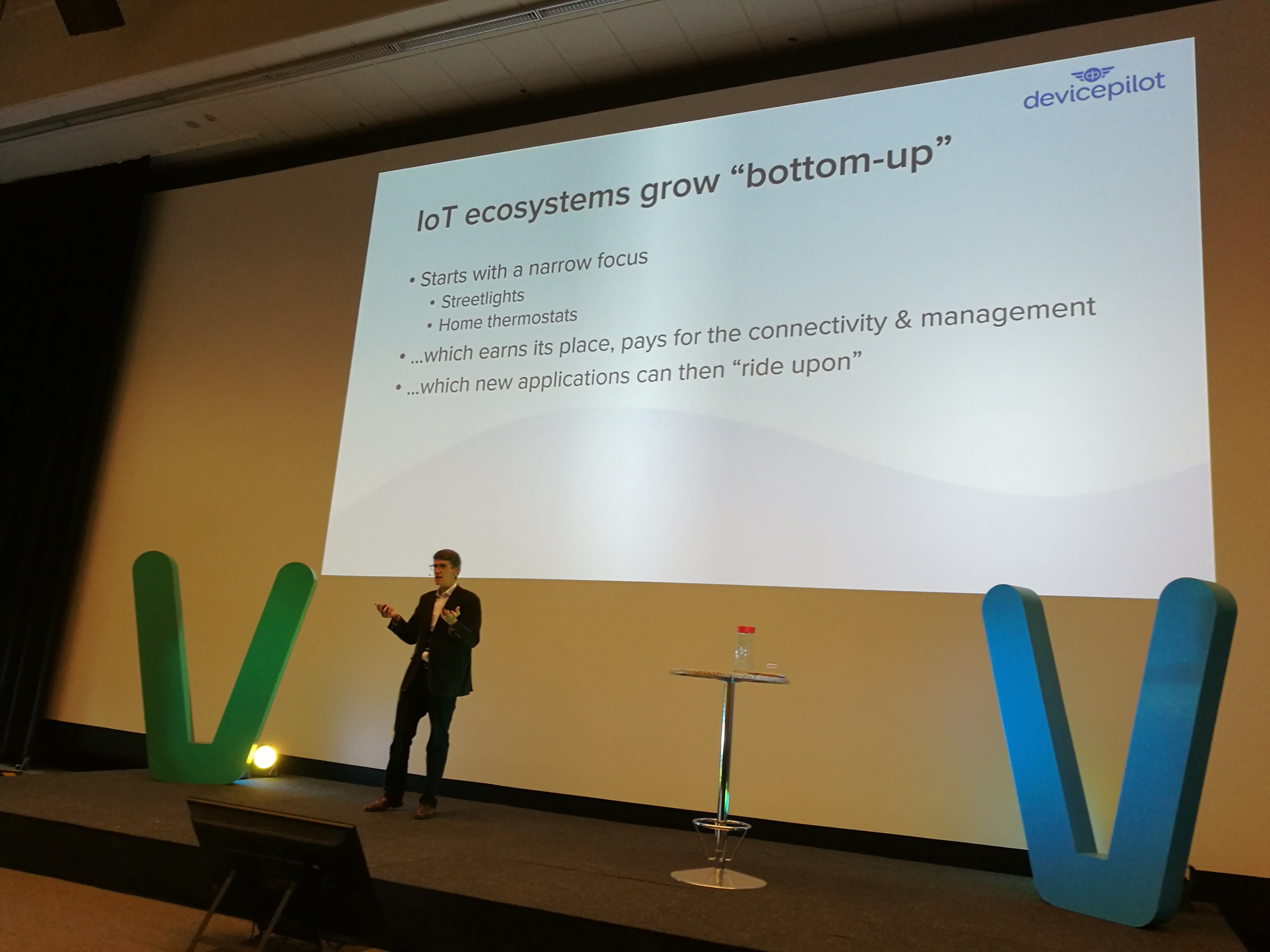 Every start-up IoT company should consider how security and upgradeability will be implemented right from the start. IoT’s business should be seen as a revenue-generating service business instead of a one-time hardware selling transaction. 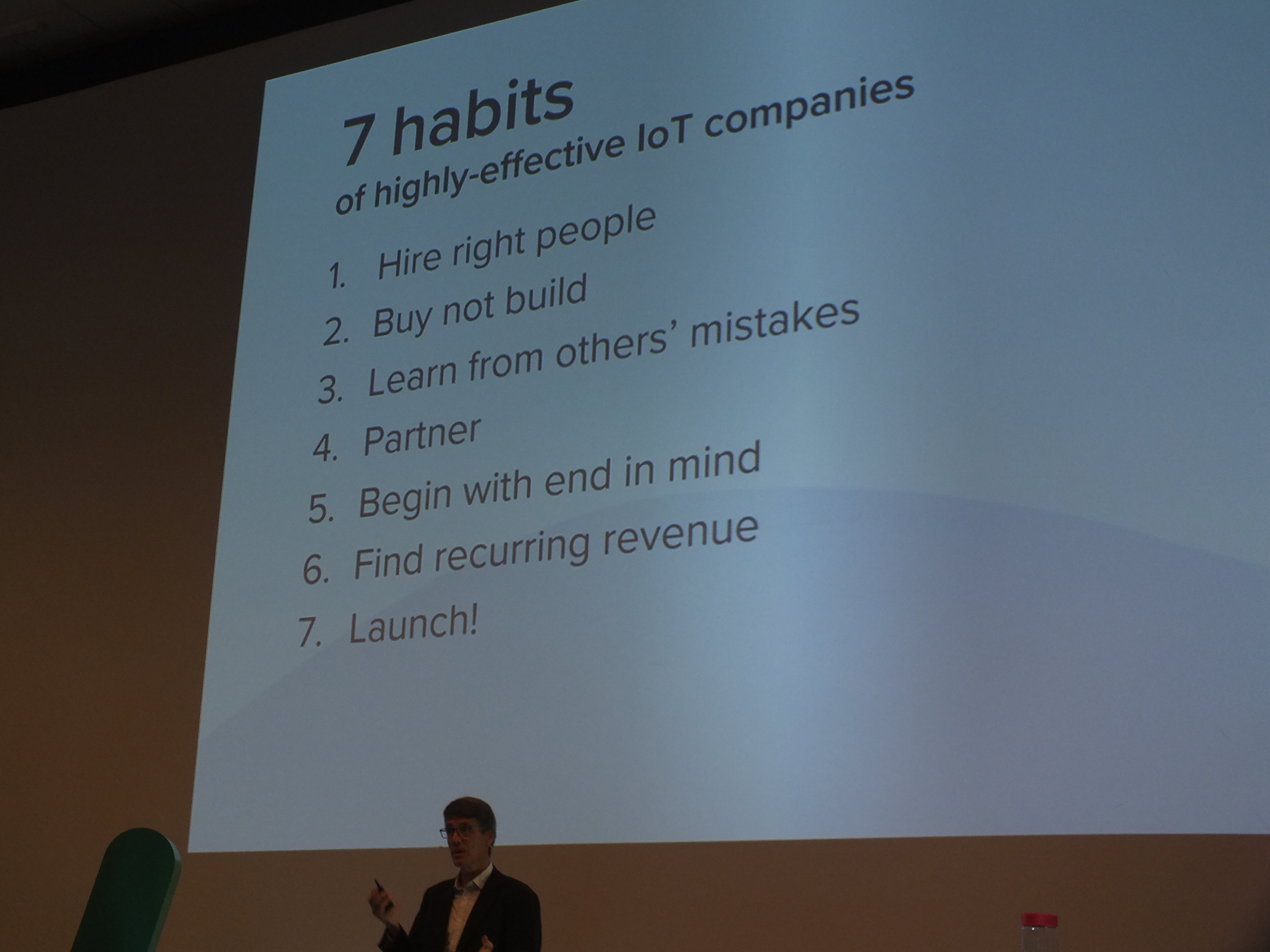 According to Pilgrim Beart, 5G will change some IoT applications, but many IoT applications do not need new 5G features, but need more extensive data coverage than the 5G network can provide for a long time. The use of blockchain technologies in IoT applications is also challenging due to their typically very high energy consumption, but in some rare applications their use makes sense.

I can agree with those views pretty well. I think that at least at the short term both 5G and blockchain technologies seem to be over-hyped. There are some special applications for which those fit well and are absolutely needed, but large majority of IoT applications at the moment and in near future do not need to use them. 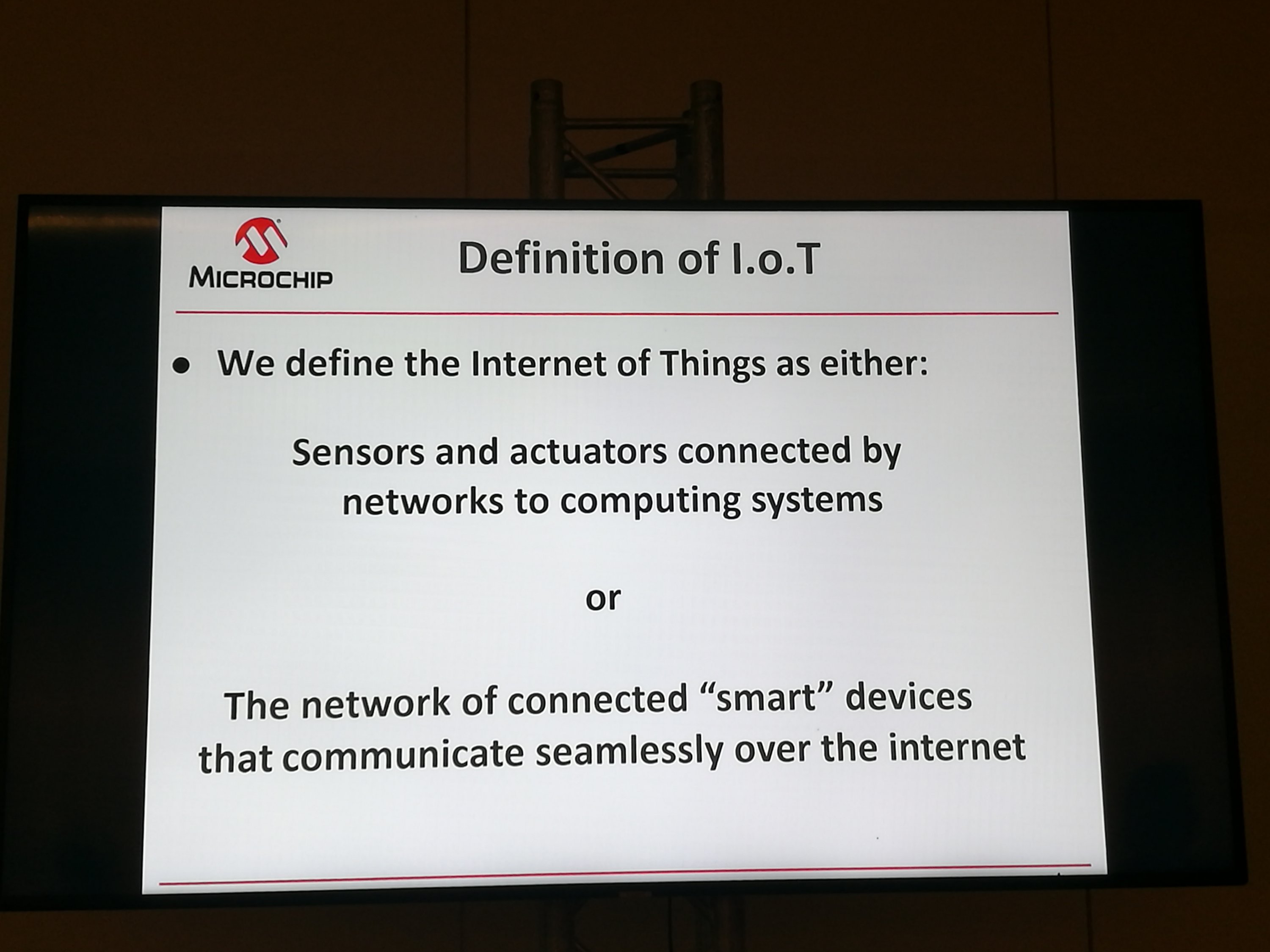 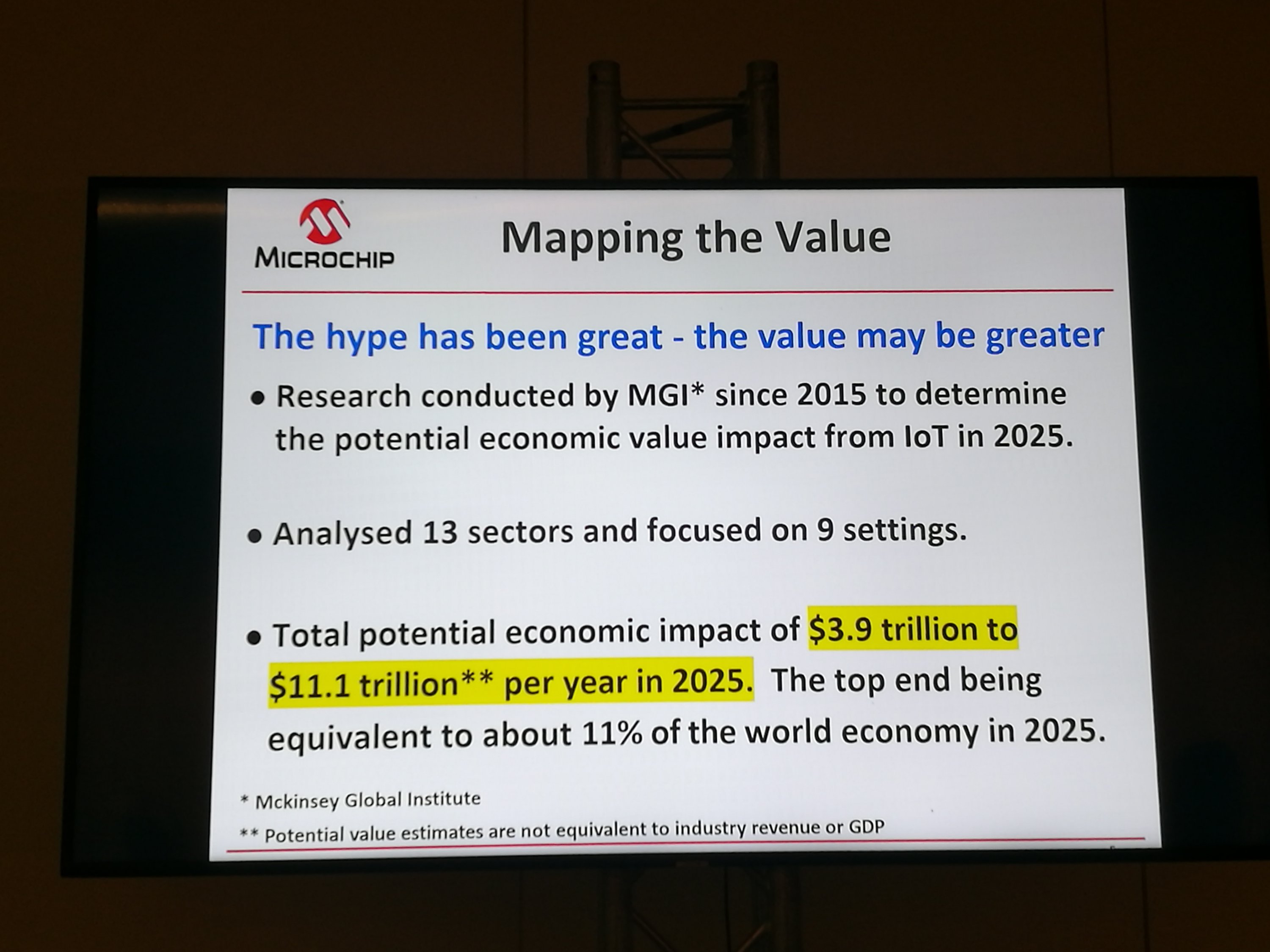 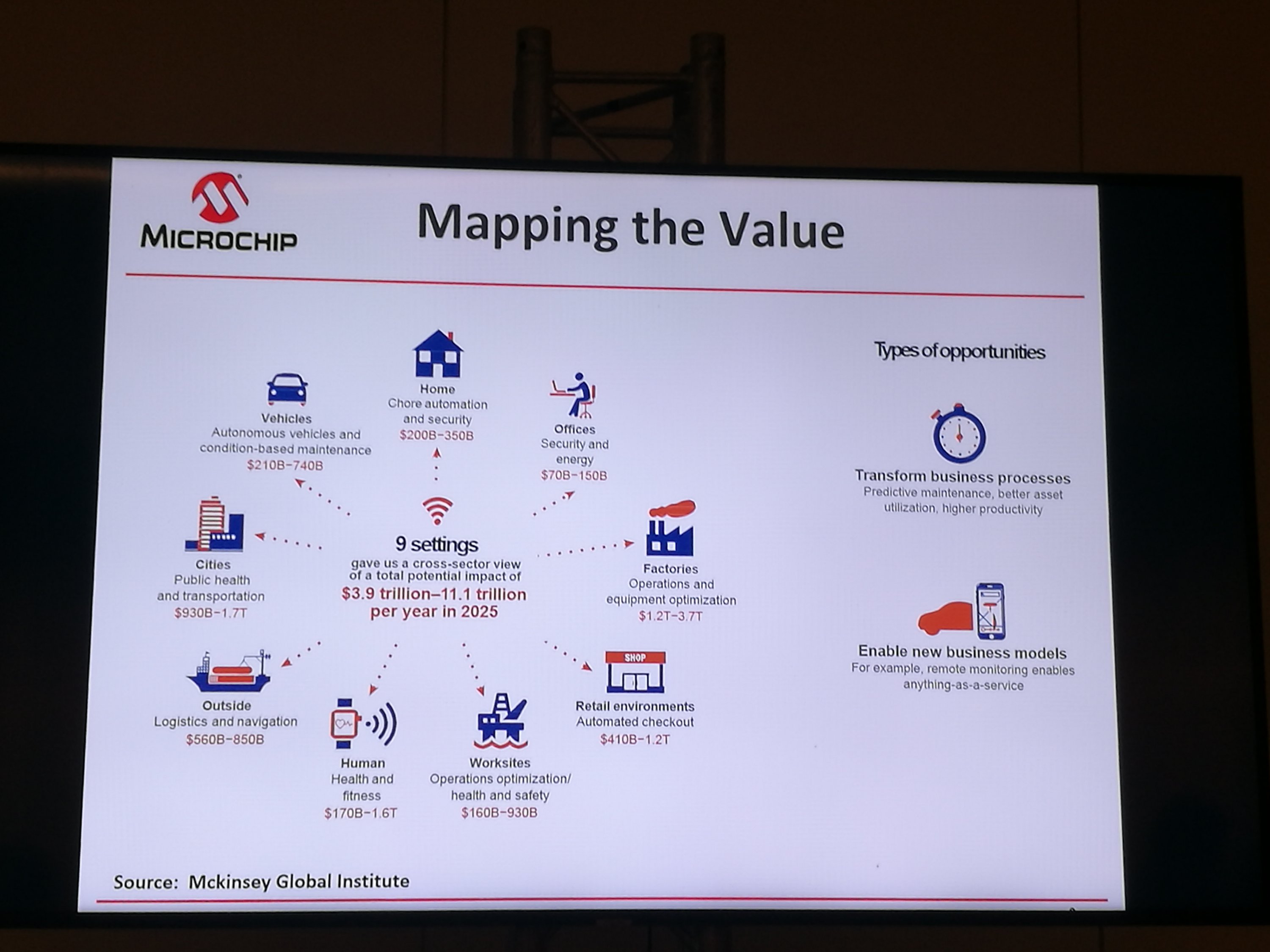 IoT security is now very important and will be more important in the future because almost everybody seem to want their IoT devices to be safe. 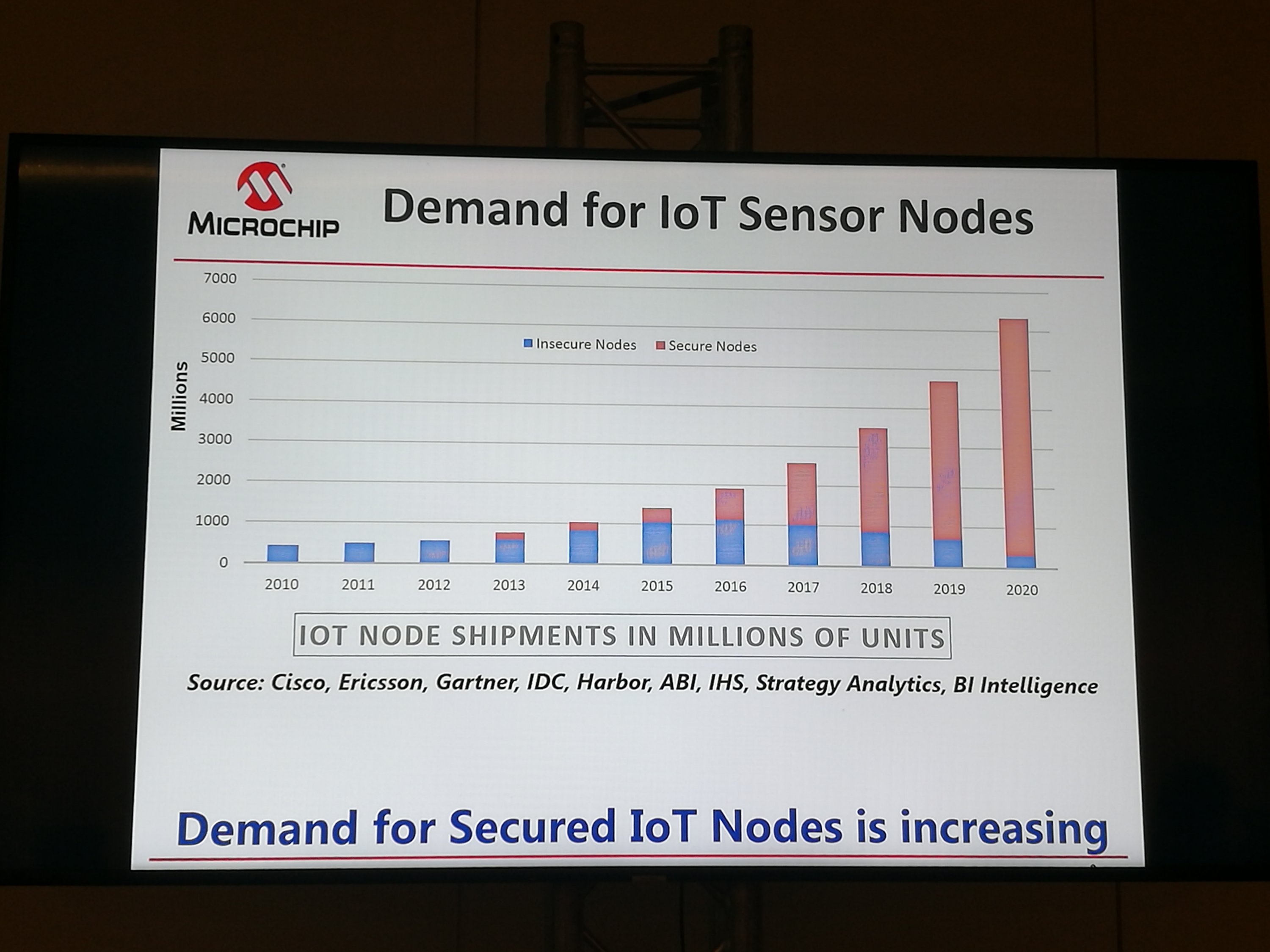 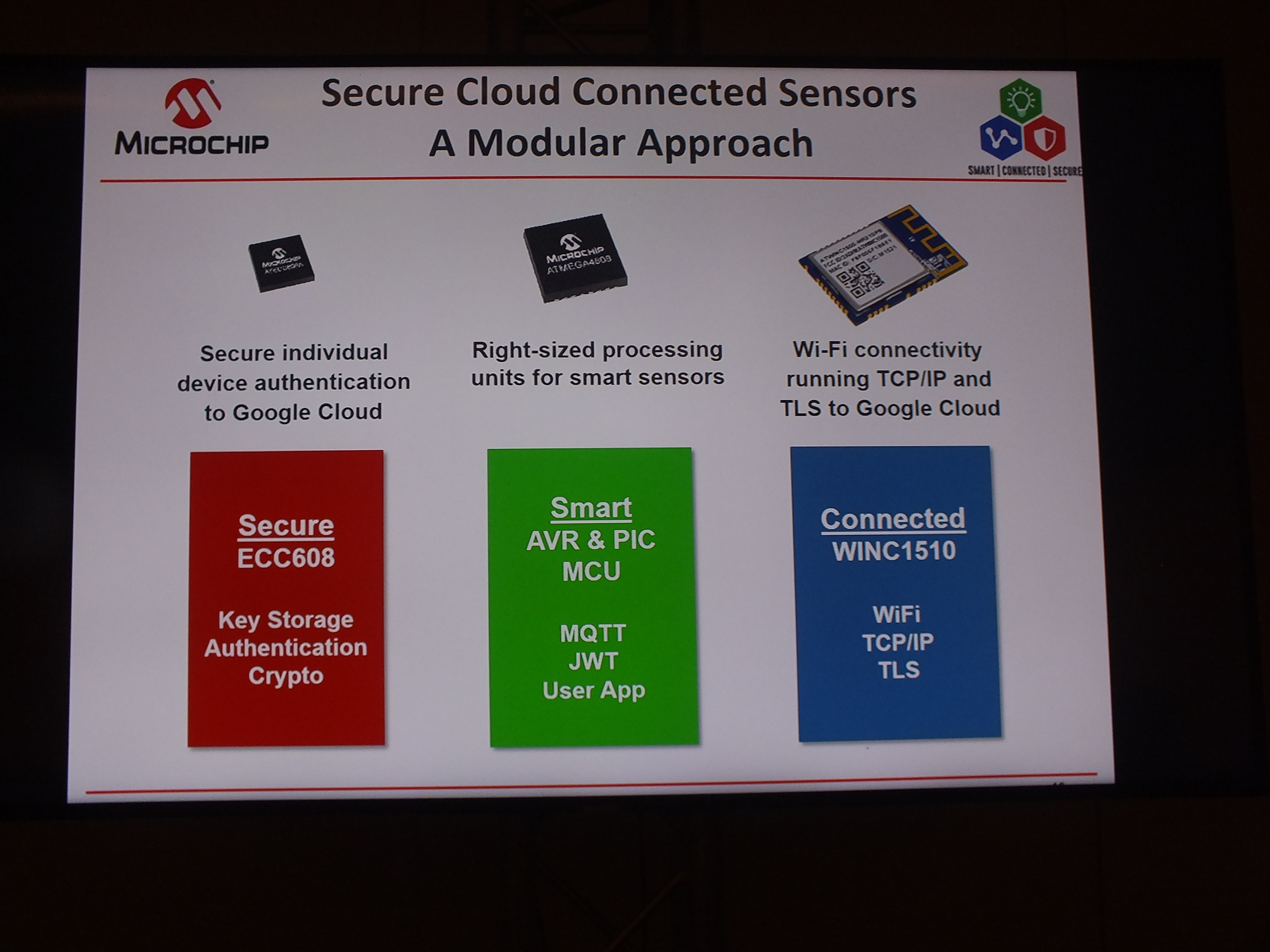 Second inspirational keynote was “Accelerating IoT with AI at the Edge” by Eddie Seymour (European Technical Director, NVIDIA). Eddie Saymour spoke on NVIDIA’s view on the application of AI technologies to IoT (thus becoming AIoT). According to Eddie Saymour, AI is a new industrial revolution. For its successful exploitation, we need open minds and creative, unusual thinking. A start-up company using AI technology needs to find a unique challenging function that can be solved with AI to succeed.The presentation had huge number of examples where NVIDIA AI has been used in in real life applications by small and big companies. 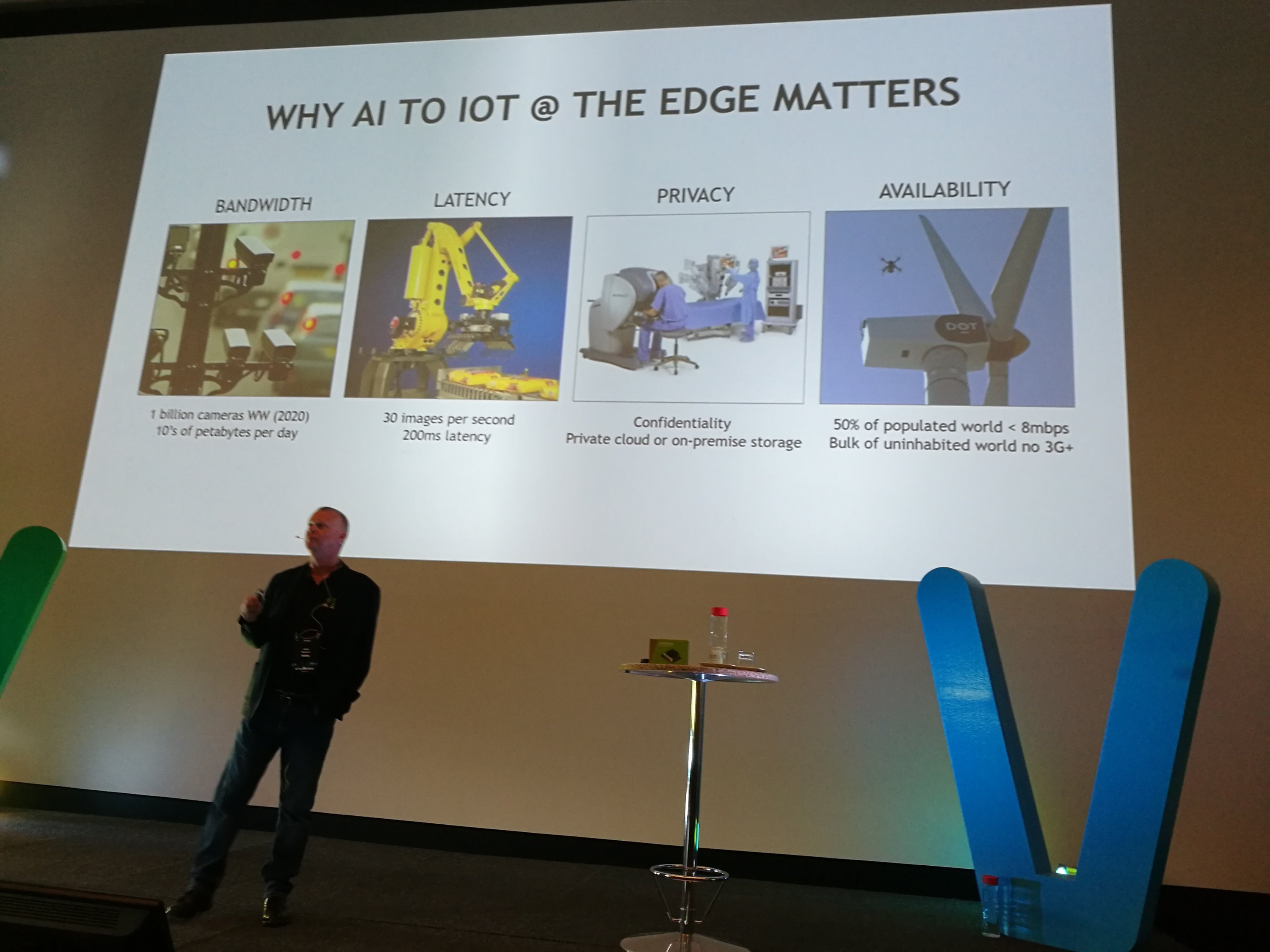 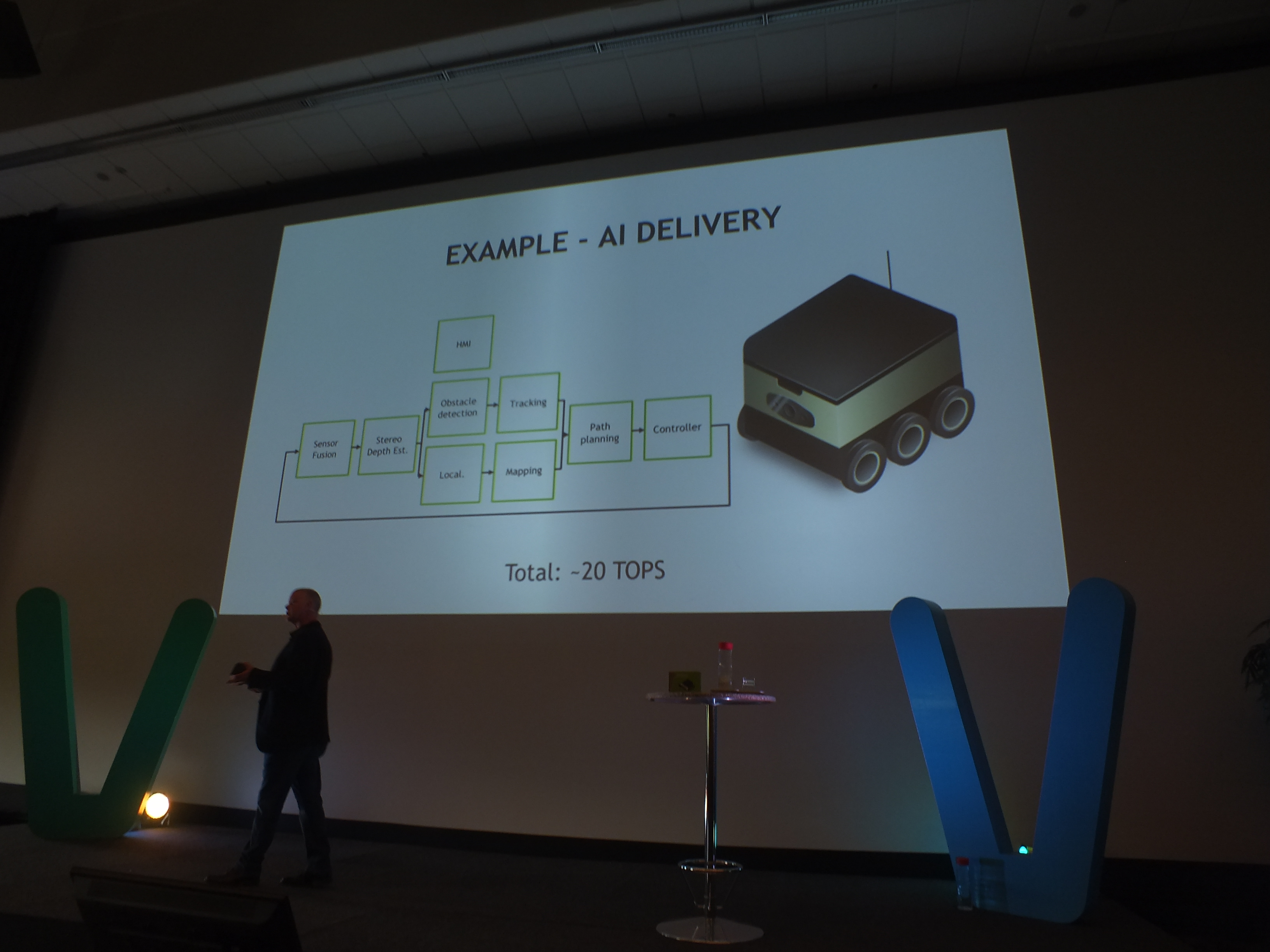 In this picture keynote speaker Eddie Saymour holds a handy $99 NVIDIA Jetson NANO AI card computer in his hand. He says some people already call it “Raspberry Pi for AI”.

IoT security matters. In his presentation, Antti Tolvanen (Etteplan) introduced the regulation of cyber security for IoT devices. Because of the widespread impact of IoT devices on people’s lives and the risk of poor data security, many countries have begun to regulate IoT security. The EU Cybersecurity Act, adopted in March 2019, has laid the foundations for regulating IoT in the EU. 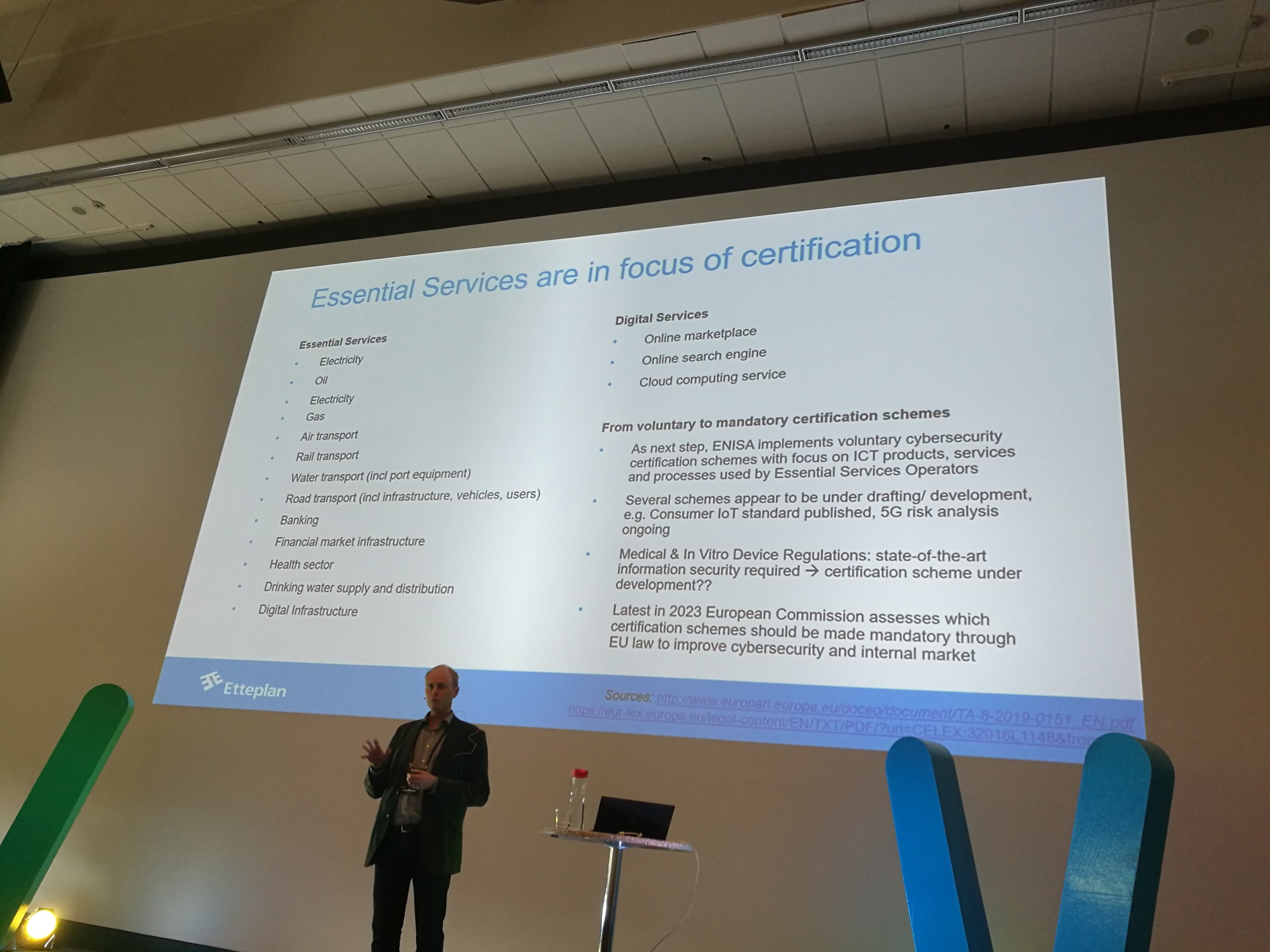 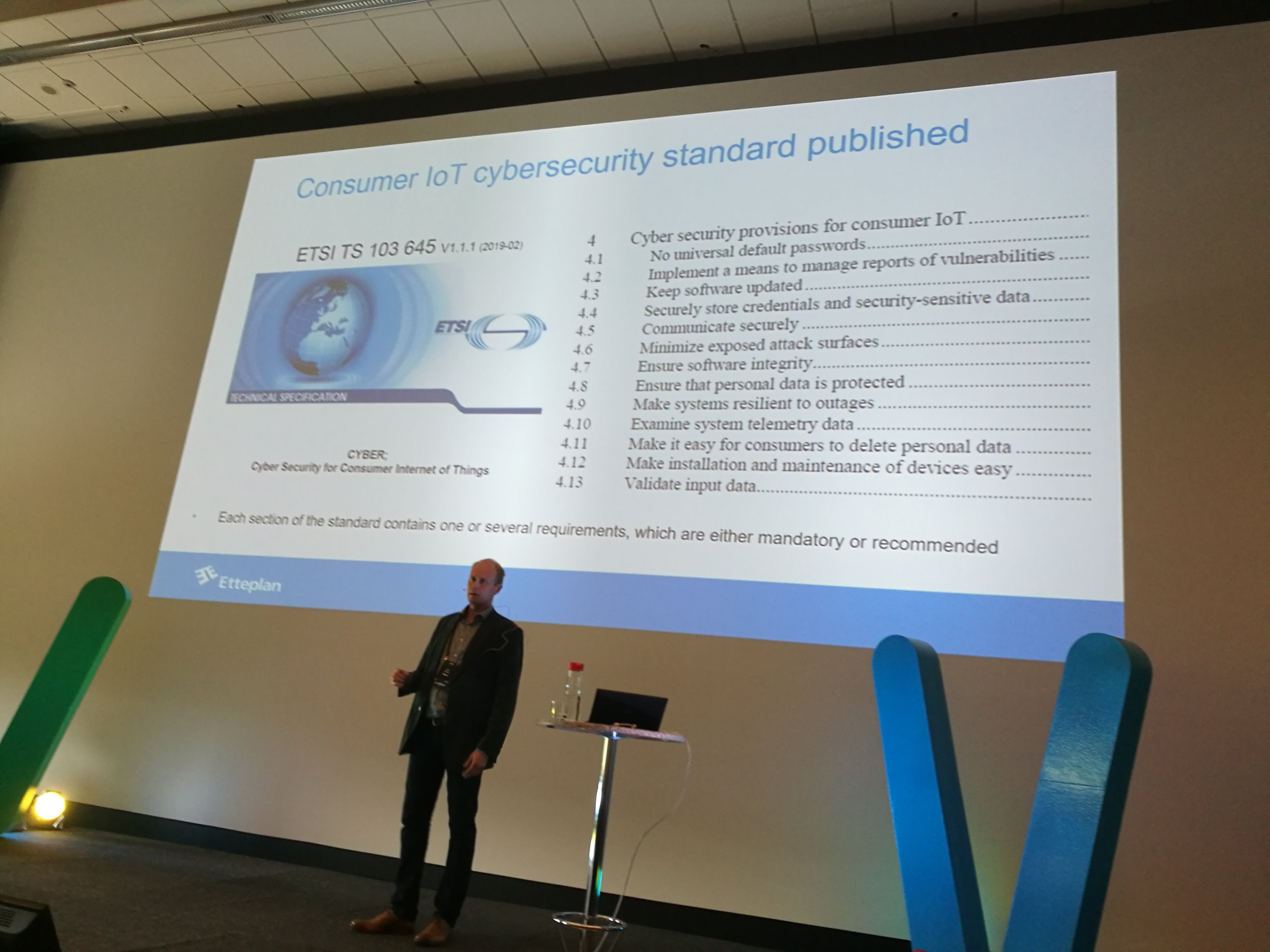 The security of consumer IoT devices is now covered by ETSI TS 103 645, and corresponding definitions for IIoT applications and 5G devices are coming up. There is a voluntary system for certification of equipment against current requirements, and after two years it will be decided whether to make one of these mandatory. 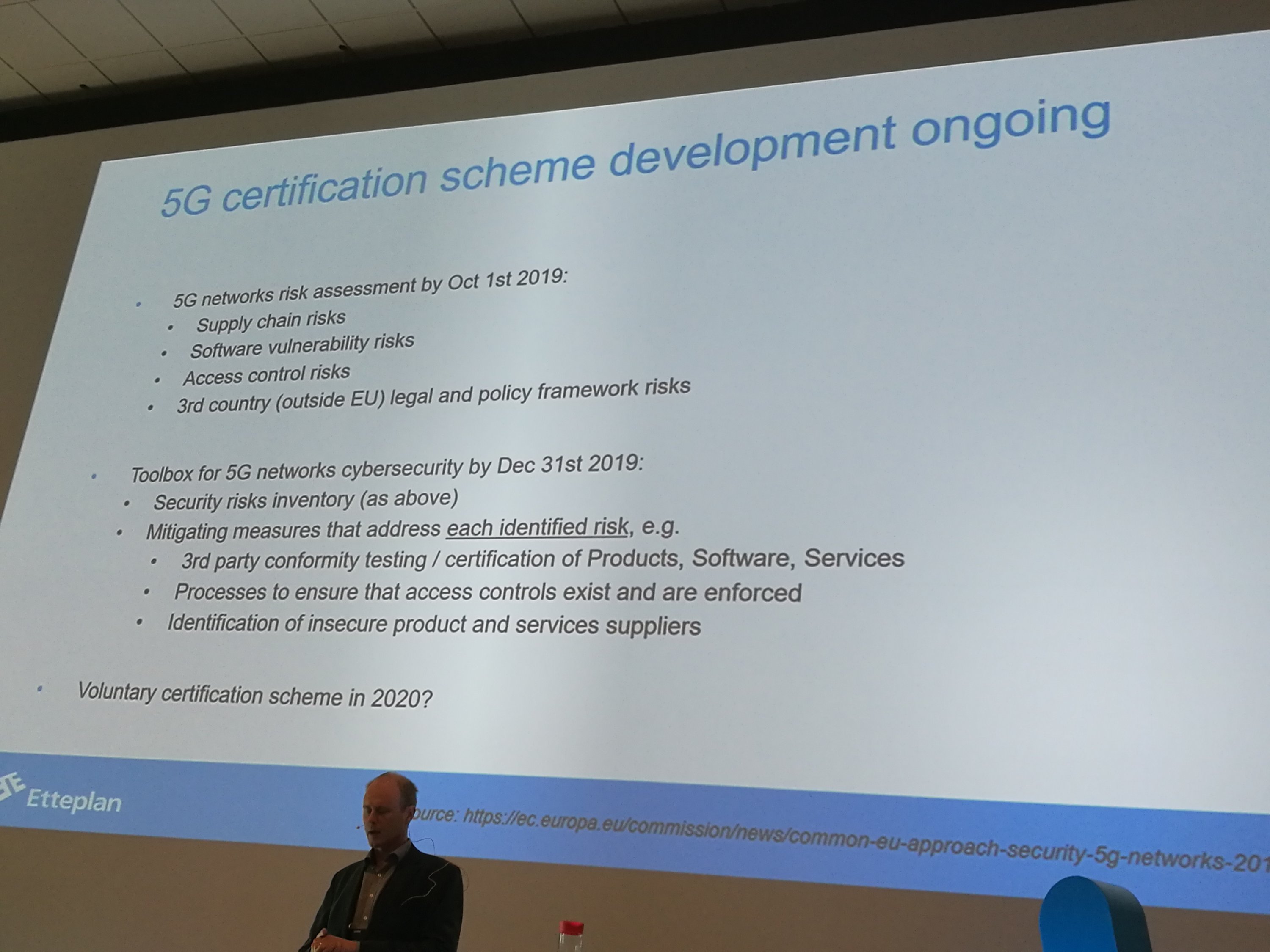 The US and China also have their own legislation on the safety of IoT devices. US IoT security in many ways in the same direction as the EU for essential requirements. 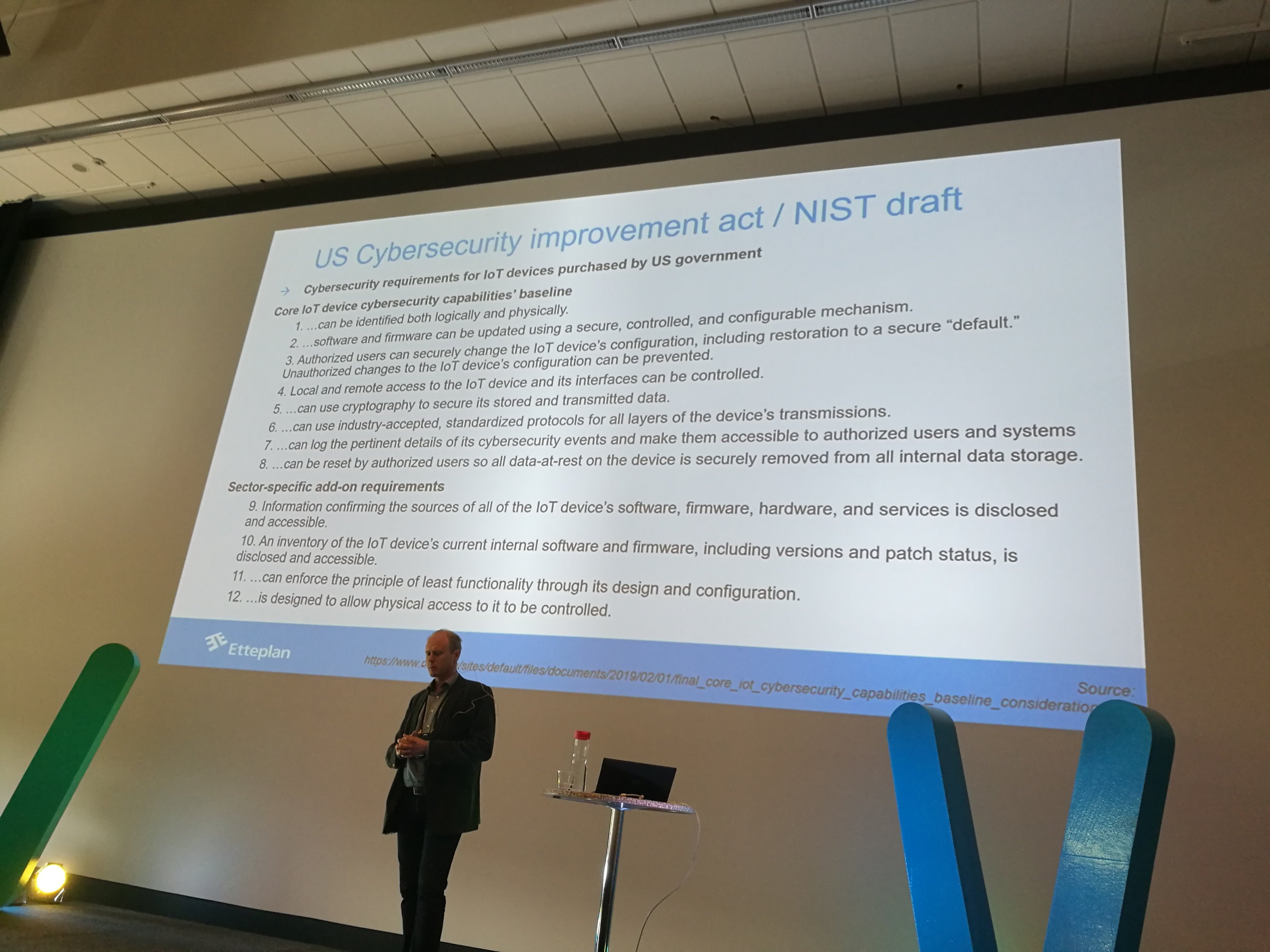