After I posted my plans for XLR cable tester to Facebook audio DUY group, there was discussion on similar circuits other people has made.

Steve Smith wrote (put here with his permission):
“If you’re into making your own stuff, this will show up any fault with a mic cable when connected to phantom power. Three green LEDs shows a good cable, other combinations show faults.”

This looks like a quite nice and simple to build circuit if you have suitable dual color LEDs on your hands. The circuit is powered with 48V phantom power from audio mixer. The zener diode in this circuit is here to detect the situation that pins 2 and 3 have been shorted to each other. The resistor is here to limit the current through the LEDs.

This circuit looks to be in functions pretty similar to Sound Tools XLR Sniffer/Sender at https://www.ratsoundsales.com/mm5/merchant.mvc?Screen=PROD&Product_Code=soundtools-xlr-snifsend

I finally got all the components to test the circuit. This circuit design worked well on my initial tests with my circuit test prototype. 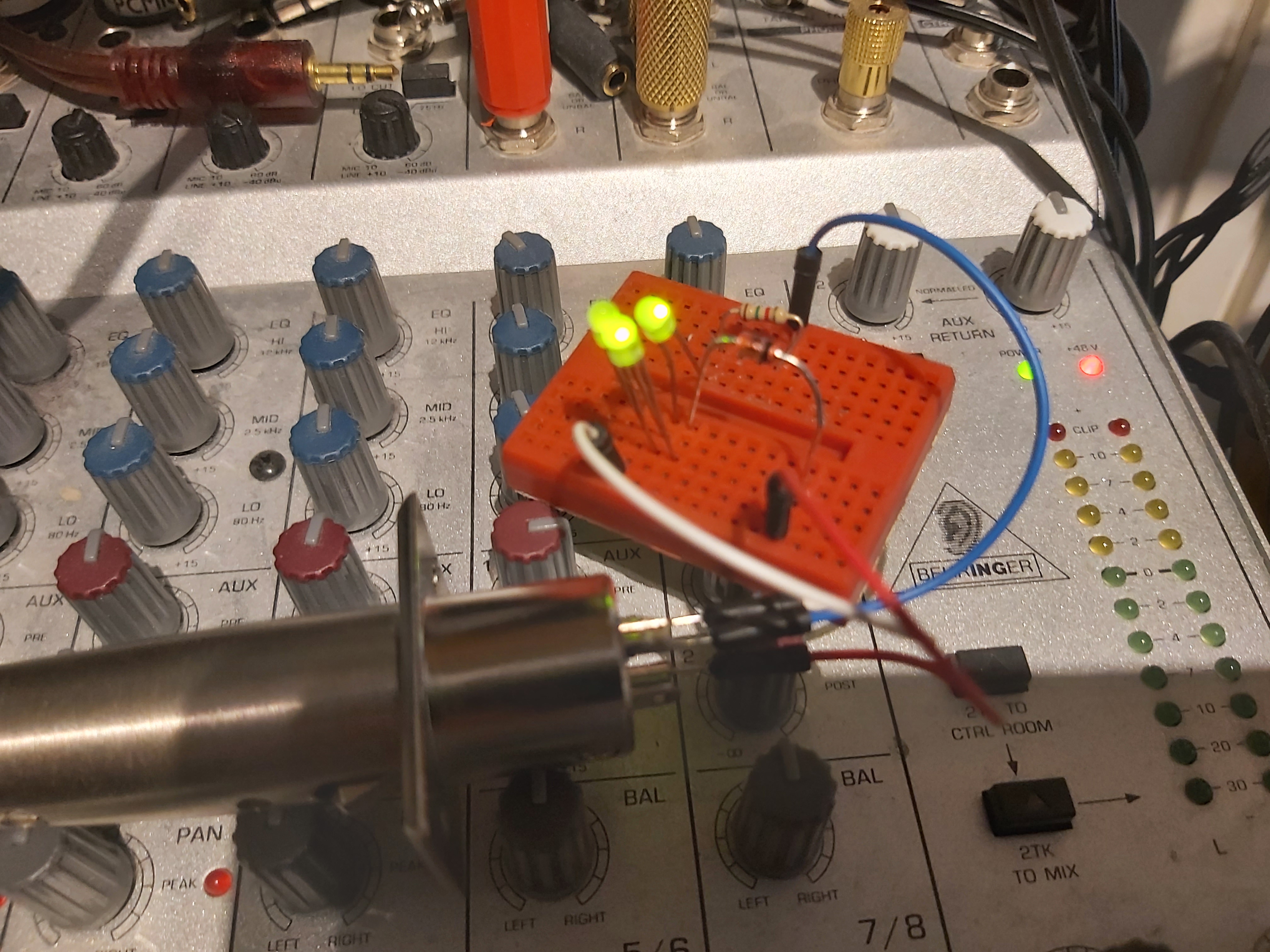 For comparison here is my circuit where I used three single color LEDs, three diodes and two resistors: