Digital cameras are phasing out analog

Digital cameras are slowly phasing out analog. In still cameras the situation seems to be so that the manufacturers of the films  are stopping to manufacture well known film types. For example Polaroid has phased out Polaroid film years ago and Kodak is retiring iconic Kodachrome film. Digital photography winds the once-iconic color films into obscurity. To celebrate the Kodachrome film’s retirement, Kodak has created an online gallery of some of Kodachrome’s best shots. Before the film has fully retired it might be also a good idea to take a look at the Chemistry of Photography. 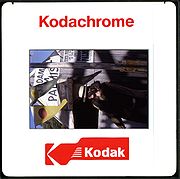