In 1973, Bob Metcalfe sent an internal memo to his colleagues at Xerox proposing a local system of interacting workstations, files, and printers. The devices would all be linked by one coaxial cable, he said, and would run within a local area network. He called the system an Ether Network, or Ethernet. And 36 years later Ethernet is going on strong, although the technology has changed more than a bit on the way. In this original vision, there was no need for hubs. Somehow once everything became balanced twisted pairs the “ether” became segmented into little mini-ethers held back from each other by digital logic.

Photo and original diagram of the world’s first ethernet cable web page has a nice picure of the first Ethernet cable installation and first drawings of Ethernet vision. 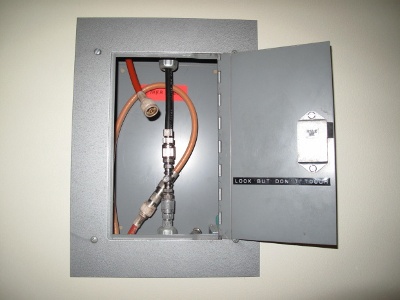