Sound pressure level (SPL) or sound level is a logarithmic measure of the effective sound pressure of a sound relative to a reference value. It is measured in decibels (dB) above a standard reference level (20 µPa, which is usually considered the threshold of human hearing at 1 kHz). I have earlier used several different decibel meters to measure sound levels (both commercial and DIY circuits).

It would be quite nice if I could do the same measurement with my smart phone or tablet. Basically for sound level measurement all you need is a microphone, some instrument to show the signal level on logarithmic scale and some way to calibrate the system. A modern smart phone has a suitable microphone and means to display the measurement on logarithmic scale. All I then need is to get a suitable application and some way to do the calibration, and I should have a portable dB meter always with me.

For making the measurements with Android I found two promising free apps: Sound Meter and Sound Meter PRO. The Play store has also many other apps for the same applications, but at first tests those seemed to be the best of ones I tested.

Sound Meter PRO is a free Android app to measure sound level. Sound Meter PRO uses your Android’s microphone to measure levels of noise or sound pressure levels and displays measured data in dB (decibels) with reference to generally known noise (provided by American Academy of Audiology) or displays the noise data on easy to read graph for the last 30 seconds of app use. Sound Meter PRO information page says that it is calibrated to be accurate in +-2.5 dB range of actual noise level and is claims to be probably by far the most accurate sound meter on Google play. On my Samsung S4 phone the accuracy claim seems to hold well against a commercial dB meter. The app notes that the microphones in Android devices are made to record human voice, therefore the maximum noise is limited and very loud sounds cannot be recognized (in most cases above 100dB). 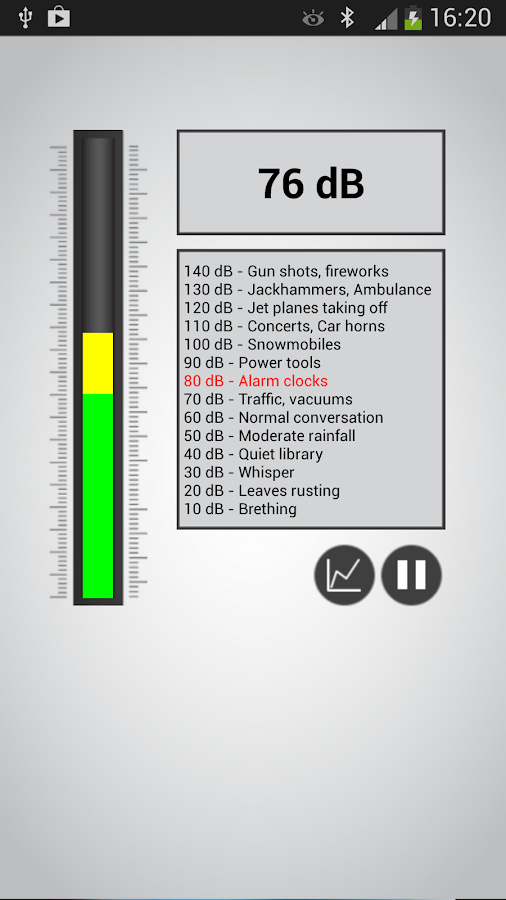 Sound Meter is a simple to use free Android app for SPL measurement. SPL(sound pressure level) meter app uses your built-in microphone to measure noise volume in decibels(db), and shows a reference. The app descriptions says that the built-in microphones on many phones are aligned to human voice (300-3400Hz, 40-60dB), so there can be issues related to frequency response and maximum sound level that can be measured. I tested the app and found that it works well. There is even an option to do calibration (put phone next to some known accurate dB meter and do calibration). On my Samsung S4 mini phone the results were pretty close to dB meter without any calibration! I recommend this Sound Meter app. 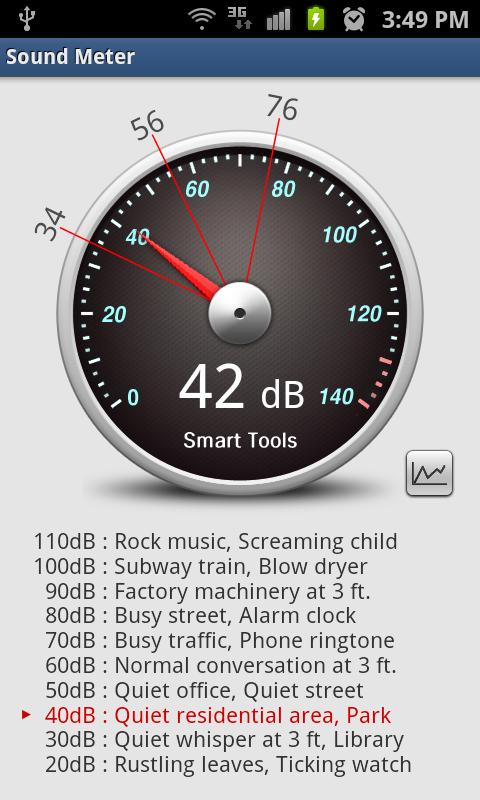 Both Sound Meter and Sound Meter PRO apps worked well for me. You can use either one of them if you need to do some dB measurements (or you can install both of them like I did). The measured results are expected to be within few dB of the real value with those apps (and more accurate if you can calibrate them against some known meter or signal source). Happy audio measurements with your smart phone.

If you want to do also other measurements to sound than just the volume, check also my older posting Use your smartphone or tablet as signal analyzer.