I started testing Qi wireless smart phone charging some time ago. I have already posted my comments on IKEA lamp with Qi charger and now here are comments on some other products I have tested.

The smart phones I had did not have built-in Qui charger electronics, so I has to find a way to add a Qi charge receiver to them. For the particular smart phone models there was no readily available model specific chargers that you install inside phone, back-cover with Qi charger receiver or protective cover with Qi receiver. So I decided to buy Universal Qi Wireless Charging Receiver Kit For Micro USB Cellphone.

This Universal Qi Wireless Charging Receiver Kit For Micro USB Cellphone a about a size of a credit card and ultra-thin in design. It is designed so that it could be installed inside cell phone in three steps: Take off the back cover ~ plug in the micro usb head ~ put on the cover. The charger promises to give out 1000mA 5V to the micro-USB connector that plugs to the smart phone like normal charger.Universal Qi Wireless Charging Receiver Kit For Micro USB Cellphone with plug wired in different directions – you need to select the right model depending the direction in which the micro-USB  connector is on your phone. The charger pad needs to be in right direction (it charges only when right side of it is towards the Qi charger transmitter). 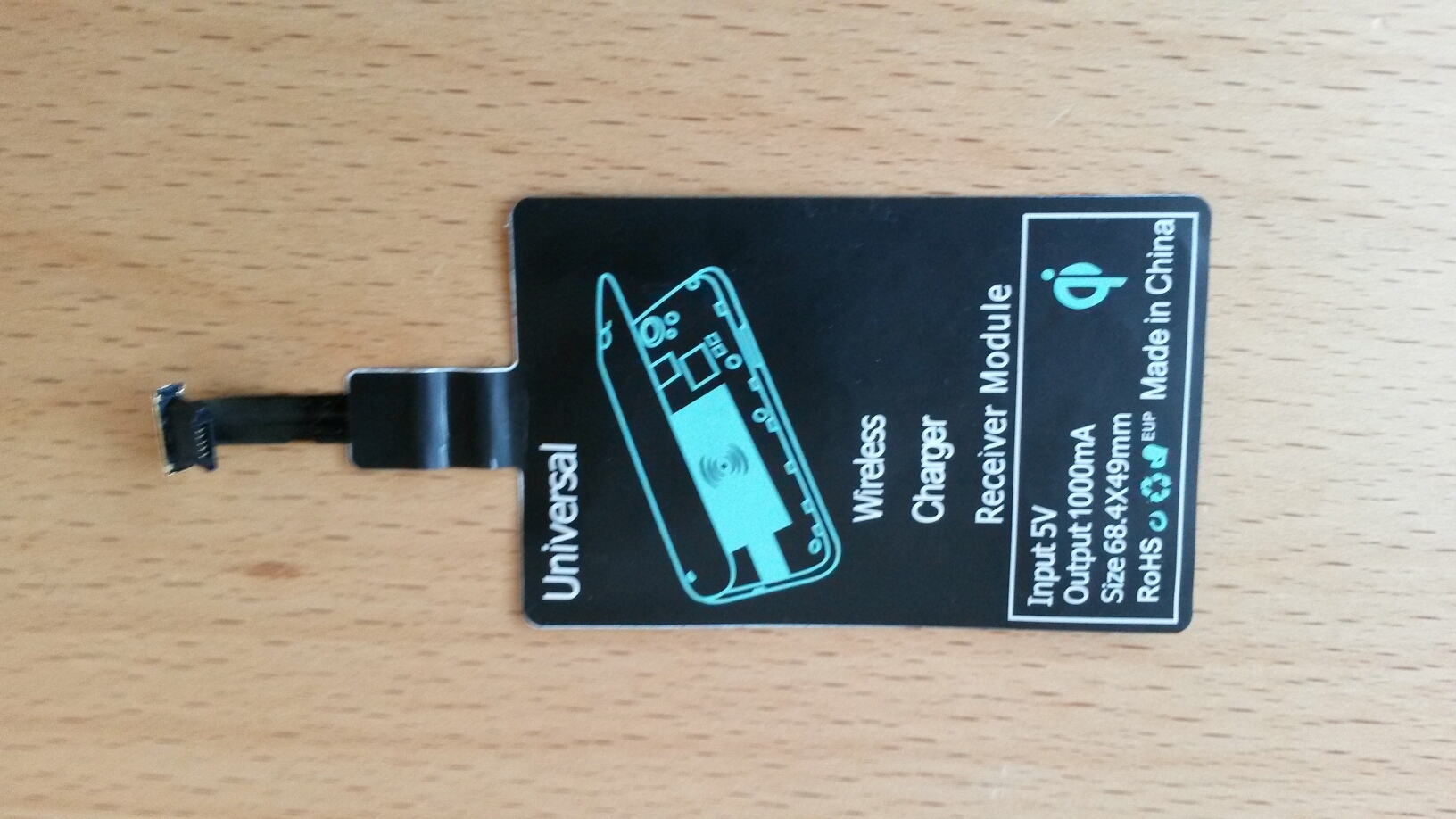 This side the the side that must face the charger 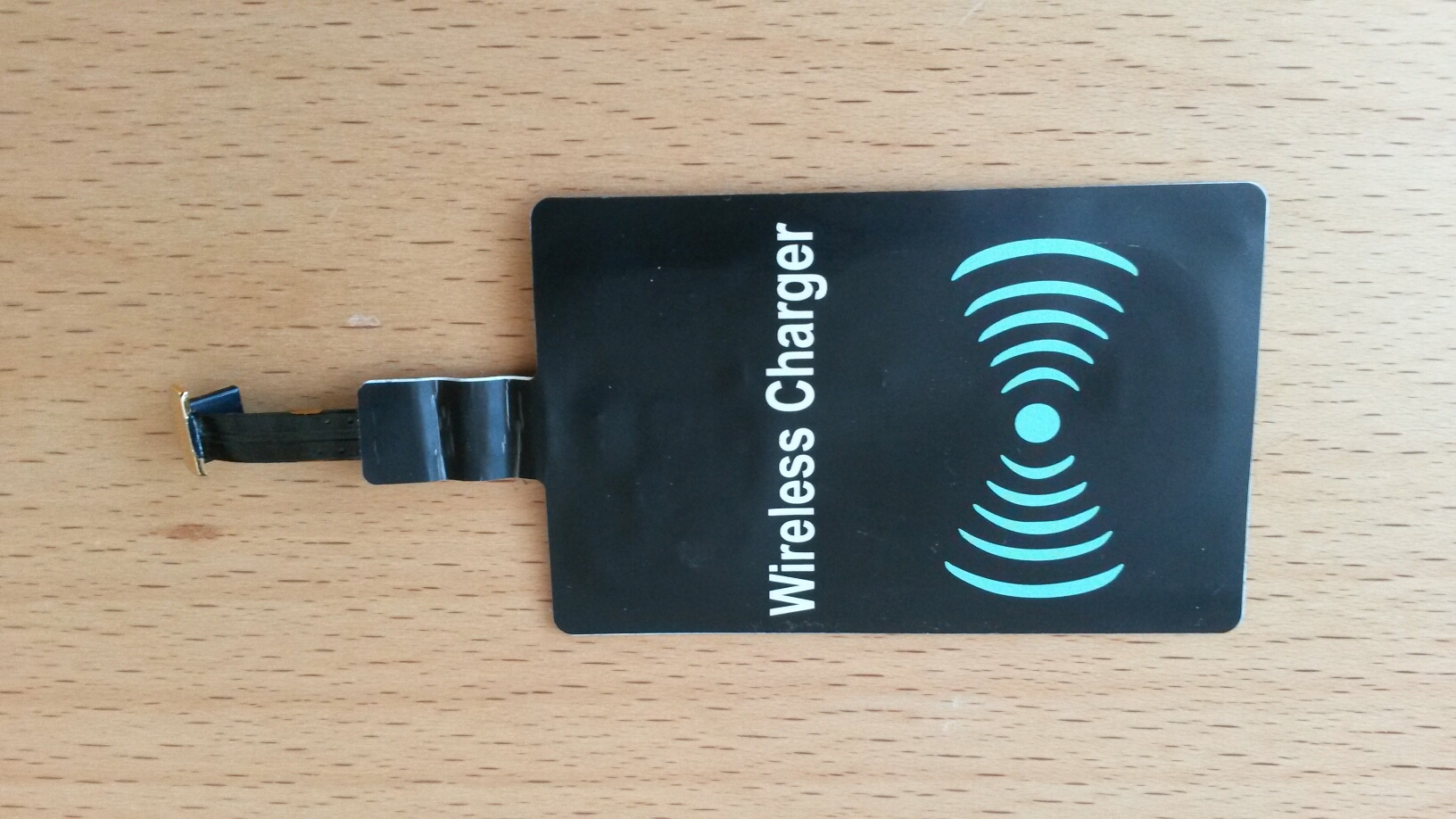 I made the charger to fit inside the smart phone case (Samsung S4 mini). The cable was a little bit longer than needed to I needed to figure out how to fit the extra cable nicely inside cell phone case. On the other phone the Qi receiver fit nicely between the smart phone and it’s protective cover.

The Universal Qi Wireless Charging Receiver Kit For Micro USB Cellphone seems to work as promised. It provides the power to the smart phone as promised (my cell phone takes around 5V 600 mA when it is charging and it supplied it as promised). The charger pad generates some heat when you charge the phone, so phone hears somewhat more than normally, but this did not seem to be a problem and the temperatures were very reasonable.

This charger worked well with my IKEA lamp with Qi charger and several other Qi charger power transmitters (more on them on some later postings). The charging worked well at least up to the promised 5 mm charging distance (some in some cases up to several millimeters more).

I was wondering how does wireless charging affect the charging efficiency. To test that I used USB charge meter and another USB charge meter to compare how much power the Qi charge transmitter takes and how much of it gets to the phone through micro-USB connector. I found that the USB charger and and receiver combination had around 65-70% efficiency. It was in the range I expected it to be.