RGB LEDs are awesome – especially the new, fancy ones with the WS2812 RGB LED driver. These LEDs can be individually controlled to display red, green, and blue, but interfacing them with a microcontroller or computer.

To test controlling WS2812 RGB LEDs I bought a cheap addressable LED strip. An addressable RGB LED strip is a long flexible strand of LEDs each of which can be individually set to a certain color (hence: addressable). By varying the level of red, green and blue (RGB) per LED many color combinations can be made. Addressable LED promise is to be an easy way to add complex lighting effects to any project. WS2812 neopixels are addressable RGB LEDs. The integrated controller chip allows you to change the color of the LED and address each individual LED. ThoseWS2812 LEDs are powered with 5V – 7V power source (60 mA power consumption) and are controlled through a serial bus (one control signal).

I planned to use either Arduino or ESP8266 to control those LEDs. After some looking on vailable examples and technical data on the LEDs, I planned to use Arduino (Arduno Uno), because it’s 5V power and 5V logic level is directly suitable. And there are many Arduino tutorials for WS2812.

To get easy start, I planned to follow instructions fro Arduino Addressable LEDs & Splendid Projects page. That page had an example source code that looked to be useful and simple wiring instructions.

In the first test I fould out that in addition to the source code I also needed NeoPixel Arduno library. So I needed to get the library from https://github.com/adafruit/Adafruit_NeoPixel and install it according to instructions. After downloading, I had to rename folder to ‘Adafruit_NeoPixel’ and move it to Arduino Libraries folder. After restarting Arduino IDE , I opened File->Sketchbook->Library->Adafruit_NeoPixel->strandtest sketch example file.  This worked well. I also tried the original code fromArduino Addressable LEDs & Splendid Projects page which I modified to use 8 LEDs instead of one. Both examples made a “random” color light show on my LED strip. Enough for first testing. 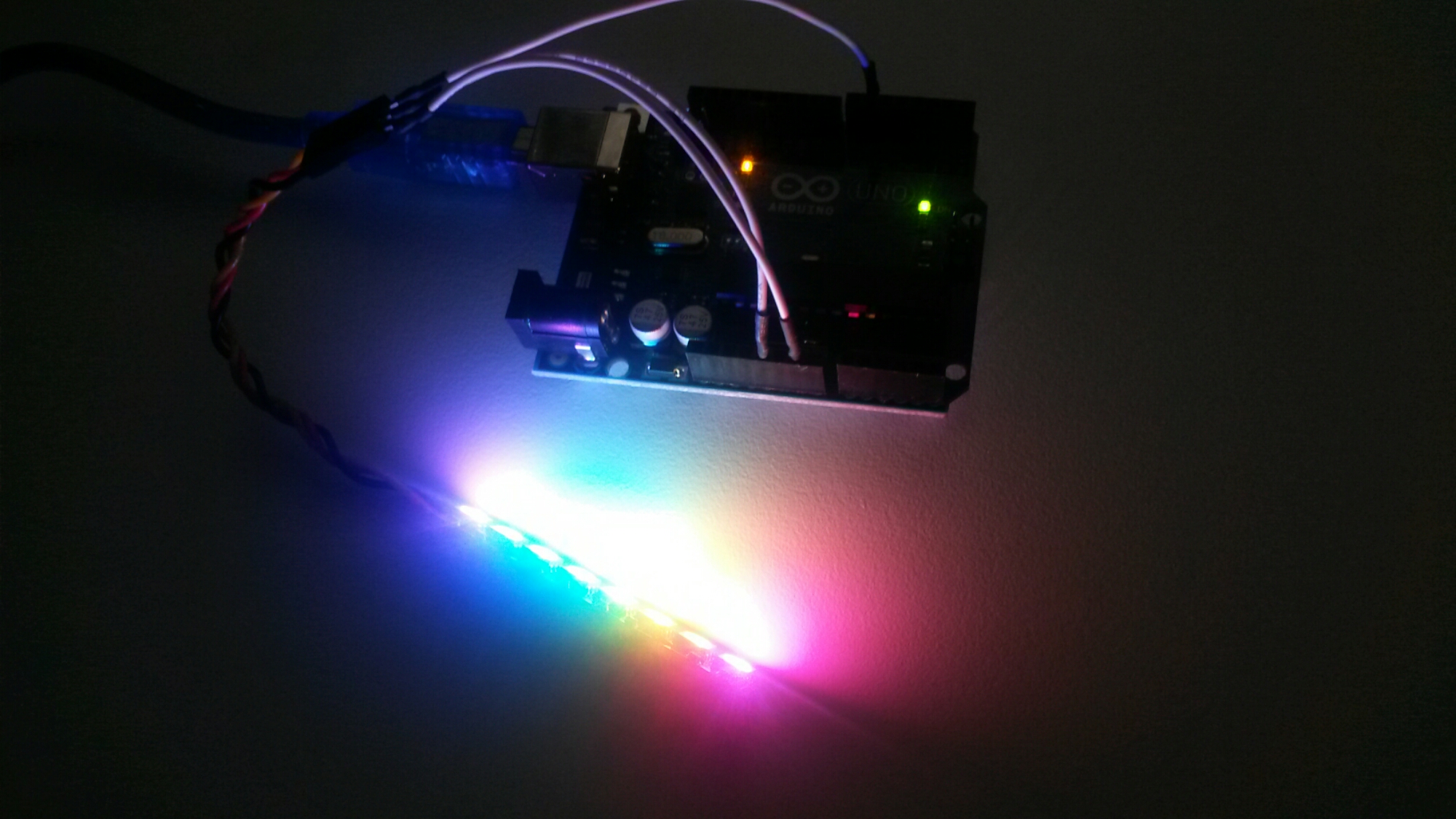 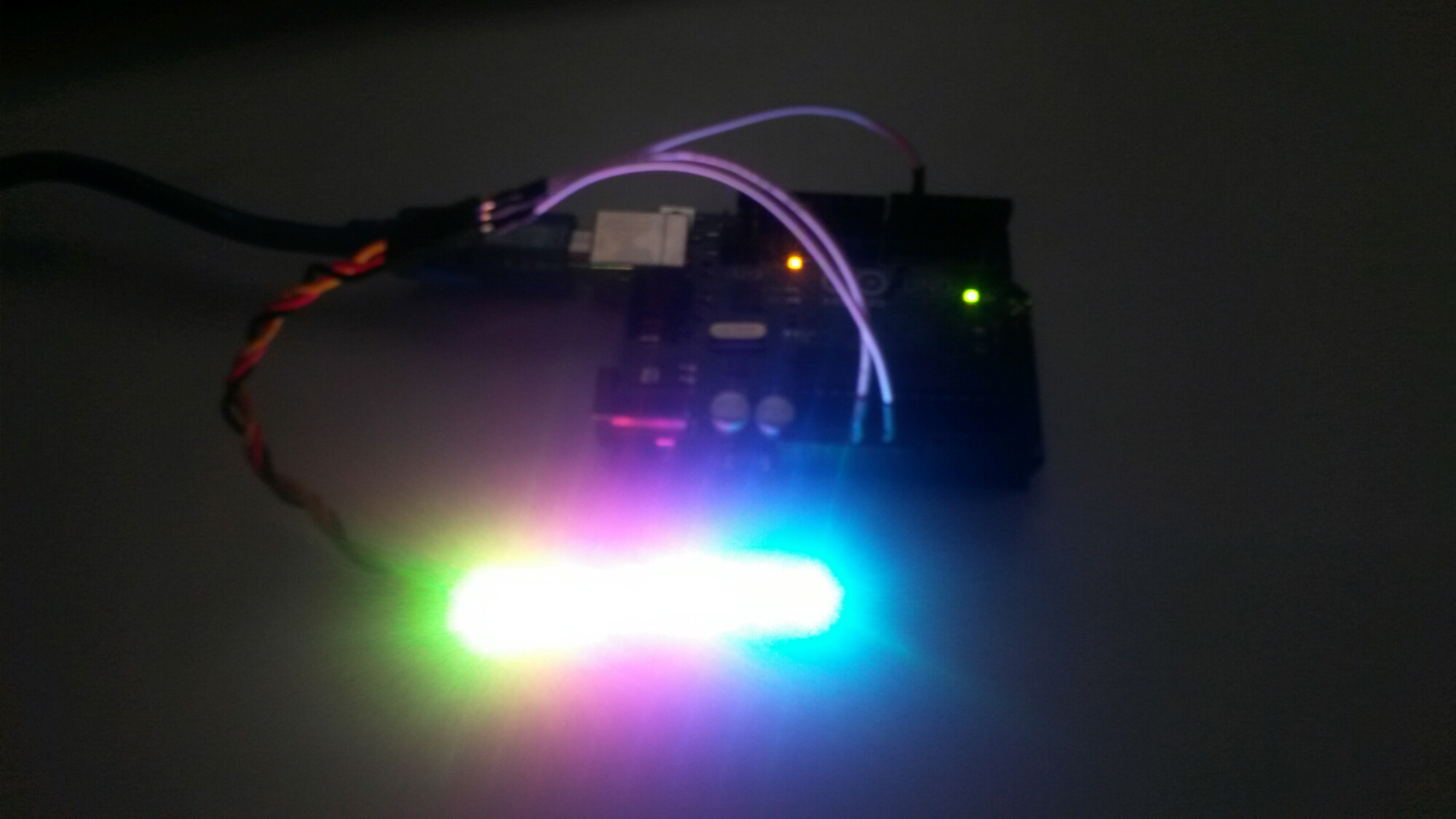 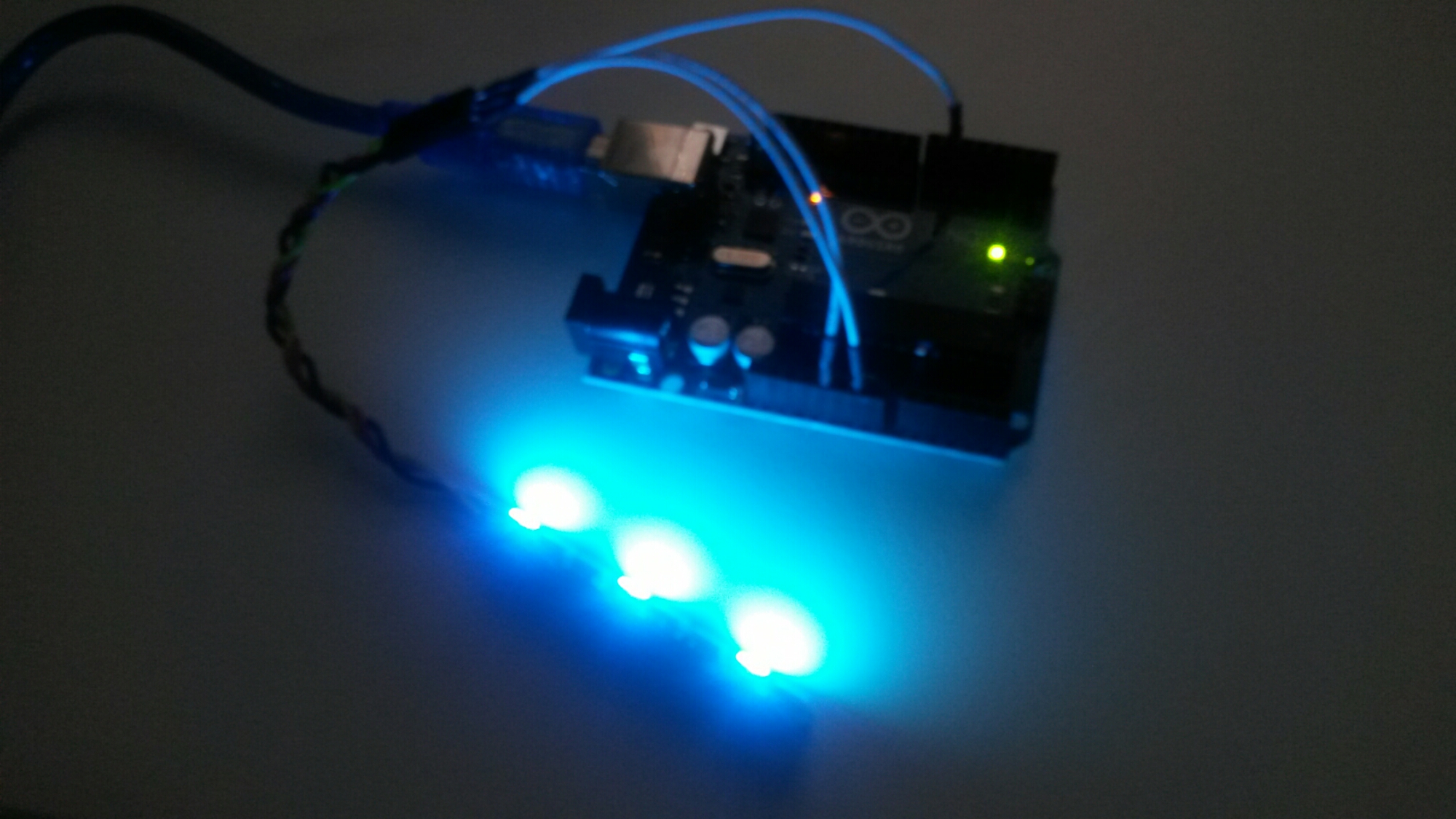