MINIX — The most popular OS in the world, thanks to Intel | Network World

You might not know it, but inside your Intel system, you have an operating system running in addition to your main OS, MINIX. And it’s raising eyebrows and concerns. 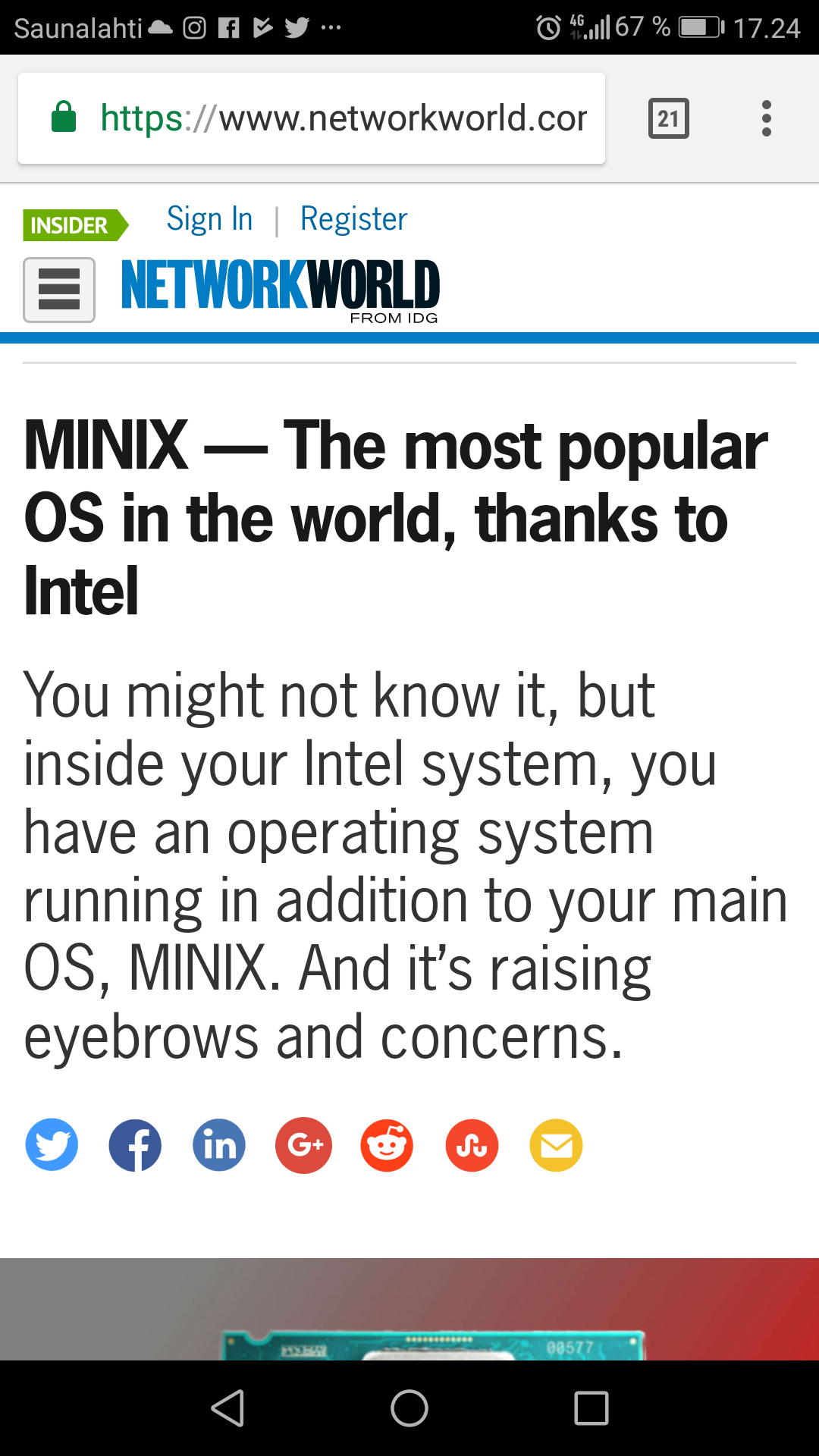